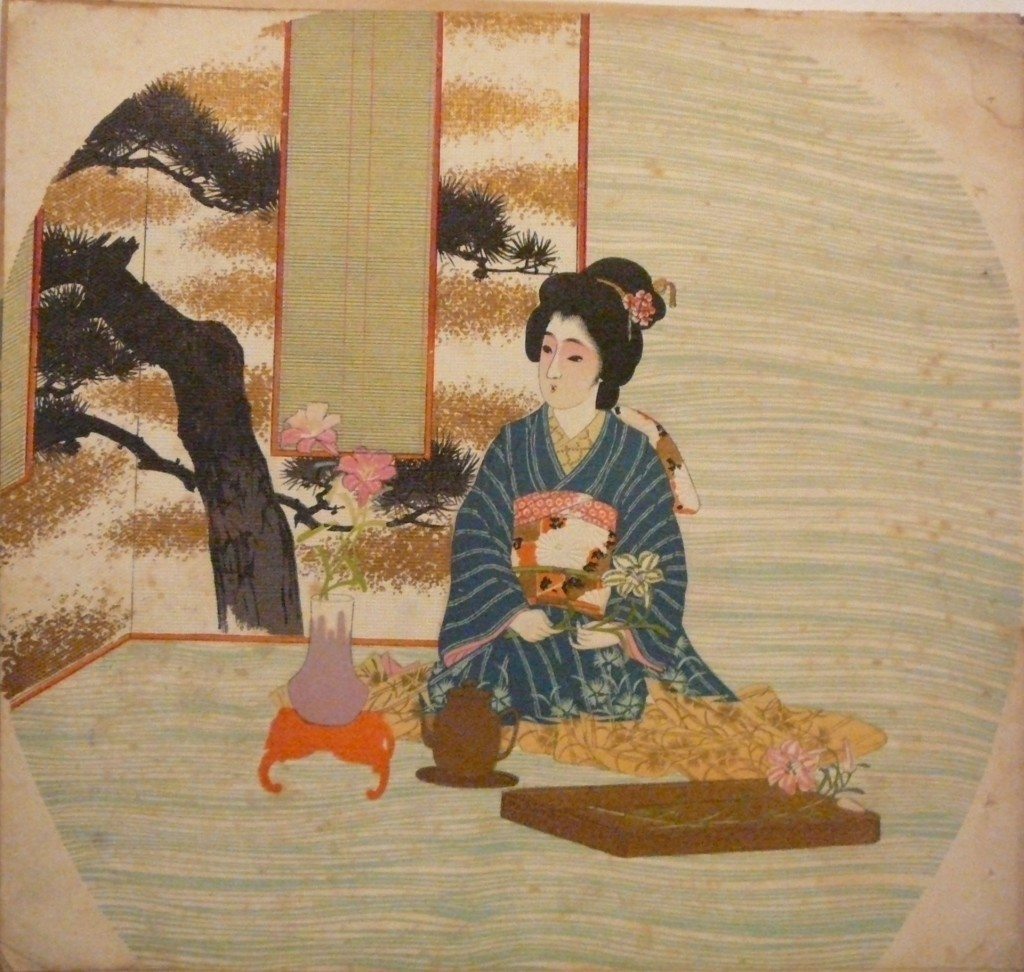 Ikebana is a Japanese traditional art of floral arrangement. In early times of Buddhism flowers were a ritual offering to the dead. Disconnected from its religious roots, this tradition became, in Japan, a discipline of strong symbolic importance.

Ikebana is six hundred years old and this art has had various styles and numerous schools. As often in Japan, it was first a right of the nobility and the clergy before spreading to all classes. Modernisation has given Ikebana new forms and interpretations.

Unlike a Western bunch of flowers where beauty is the underlying key, Ikebana’s purpose isn’t decorative but of harmony created by a rigorous balance between shape, colors and lines of strength. The pattern of an Ikebana shows the universal balance between sky, earth and mankind* but as in any Japanese art, its definition in a few words cannot reflect properly the artist’s inner work where silence, concentration and subtle perceptions are harmoniously characterised in the art of acting correctly or doing well.

Not only is the Ikebana made of vegetal parts – flowers, stems, buds, leaves, wood, moss etc. but also the container. All materials used have a meaning and space created between, should be asymmetric. Although the beauty which results from this art is completely artificial, meaning that it’s found nowhere in nature, it echoes a cosmic serenity.

In the Western world, Art Nouveau was very sensitive to the art of Ikebana as not only does it draw its inspiration from vegetal forms, but also its science of asymmetrical shape offered an alternative to the geometry of the Italian Renaissance. Ikebana’s traditional, non-reproducible hand-crafted style was also inspiration for artists like William Morris or Joseph Hoffmann who clearly related to the Japanese aesthetical disciplines.

More recently, contemporary artist Camille Henrot was inspired from the silent language of Ikebana in her work Is it possible to be a revolutionary and like flowers? where she distorts the traditional form of Ikebana in order to create a Western library. Each book is turned into a floral arrangement, following a syntax invented by the artist. Such an idea came from the comforting properties of both flowers and literature.