The word « soundscape » is now commonplace. The use of a visual concept in acoustics is not a metaphor, however. Conceptualised by Raymond Murray Schafer, « soundscape » means practical knowledge that is both aesthetic and ecological in nature.

Everyone is constantly surrounded by sound. Unlike eyes, ears have no lids, so there is no escape. Back in 1969 Canadian musician and theorist Schafer launched his soundscape studies with harmonious acoustic ecology as the end goal, whether perceived or created.  A sound field is the outer limits of a sound heard in a given place: and that goes for any sound whether it be natural, urban or musical. It is considered to be an entity. The latter is comprised of acoustic phenomena, the layering of which produces a perspective that justifies the word « scape ». There are three primary terms for acoustic phenomena:  keynote sounds (like the musical notion of a key centre or home tonality) which are anchoring sounds that form the background for all other sounds, for example the sea, wind in the forest or traffic sounds; signals indicate an object and an idea, representation or event i.e. church bells; soundmarks denote a community sound (for example foghorn) that is unique or possesses qualities that are part of the community’s acoustic identity. These three primary terms for the conceptual basis for Schafer’s acoustic ecology movement.

This view of sound as a landscape with keys for analysis gave rise to some practical studies. Firstly active participation in the soundscape via soundwalks: discriminative listening that focuses on the soundscape within oneself – as opposed to actual vision – the intrusive element of which rarely incorporates proper focus. Then recording techniques of the soundscape using increasingly sensitive and accurate audio equipment as tools in the field. « Field recording » is a field of study within itself that is used to measure the acoustic impact of a place in ethnomusicology (i.e. the famous archives of American Blues by John Lomax, a much earlier field recording pioneer), bioacoustics… as well as in music with the proponents of concrete music.

This appropriation of « field recording » by contemporary musicians – arranging recorded sounds or integrating sound recordings in their compositions is an opportunity to revisit the notion of acoustic ecology which differs greatly from the musical field. The latter adapts sounds by treating them as if they were plastic. Acoustic ecology however considers an environment in which the acoustic lifestyles of individuals is analysed, and investigates the extent to which sounds are pleasant or awful, beneficial or harmful. For Schafer, there is a natural harmony in the world of acoustics with cycles and tones that interact with each other to form an agreeable whole. This harmony includes social life. It creates an orchestral ‘song’ that he equates to hi-fi, where every sound is original and distinct. But he thinks that this harmony is disturbed when all the repetitive and clashing industrial and urban sounds take over. At this point sounds stratify and merge, creating acoustic pollution or lo-fi. When integrated in architecture, acoustic ecology and « sound design » can rectify this problem in a different way than simple soundproofing can. This theory about the original harmony of the world is Shafer’s own and plenty of other academics have used it as a point of reference for contradictory theories or for exploring other avenues of thought.

Taking account of the soundscape seems to be of particular benefit in our day and age. On the one hand, some natural sounds seem to be disappearing (the sounds of extinct species…), but on the other hand the intensity of other sounds appears to be increasing, especially in public places. It is interesting to consider how the quality of images has been perfected (screens, HD pixilation) whereas the acoustic offering has decreased (sound systems, low quality ear buds). But the quality of acoustics and the quality of the listening experience are key criteria for both inner and social peace. We sometimes seem to be turning a deaf ear to this. 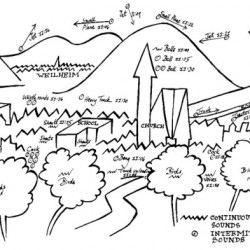 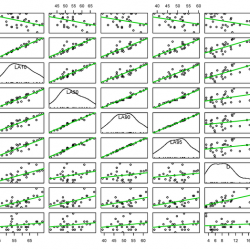 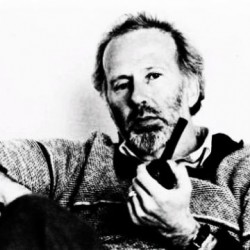