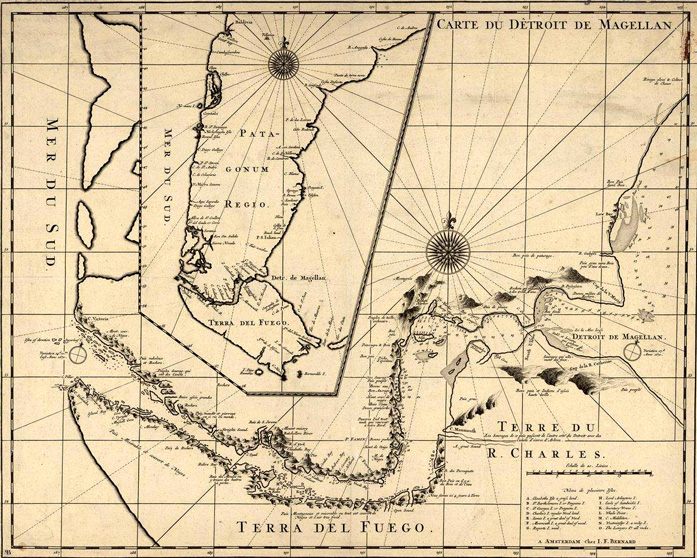 Fernand de Magellan’s mission was to sail westwards to the Indonesian Moluccas (Spice Islands). An armarda of five vessels and 237 crewmen set sail from Spain in 1519. Only the Victoria returned three years later with 18 men aboard and minus Magellan: they had successfully circumnavigated the world by sea for the first time.

The name of Magellan is associated with the world being round despite this being a known fact since ancient Greek times. This fact remained unchallenged by Church fathers. Magellan is attributed as being the first to circumnavigate the world by sea despite his death en route. Initially working on Portuguese missions he ended up heading the mission on behalf of Charles V, the Holy Roman Emperor and King of Spain. But he was the first to cross Christopher Columbus’s America – the latter having been sure that he had reached the Far East – via the discovery of the strait that now bears his name in Patagonia. He was the first too to sail across the so-called South Sea that became known as the Pacific Ocean due to its peacefulness (lack of storms). It was this voyage that proved that the oceans were interlinked and not vast, enclosed seas as previously thought. Magellan’s armada opened the seas to a new world era.

The evangelical challenge and geographical exploration of this mission was colossal in scale at a time when longitudes were unknown but men were spurred on in their endeavours by the thought of getting rich as a result of cargoes of highly profitable spices such as cloves, nutmeg and pepper, pound for pound as precious back then as gold is today and sold by the grain. Arab merchants had known about the Moluccas as the sole production centre for these lucrative spices for a very long time. They transported them all the way to Alexandria in Egypt, where their distribution in Europe was monopolised by the Republic of Venice. But great Portuguese navigators reached India and Malaysia via the Cape of Good Hope, taking control of the spice trade in the process. With the threat of armed conflict with Spain rearing its ugly head, the Pope issued a papal bull called the Inter Caetera (1493) followed by a treaty that divided the world into two halves – the east for Portugal, and the west for Spain. The challenge for the Spanish therefore became how to get to the Moluccas by sailing westwards…

Shunned by the King of Portugal, Magellan went to the future Charles V for funding and he armed the flotilla, the official purpose of which was to map out the boundaries of the two empires. The voyage experienced its share of trials and tribulations: mutinies, betrayals, executions, defections, outbreaks of scurvy, food and water shortages, conflict… But the discovery of the strait and the crossing of the Land of Fire to the Pacific Ocean brought tears of joy to the eyes of the redoubtable adventurer. He died in the Philippines in 1521. Having converted the King of Cebu to Christianity (who was duly baptised) he was rebuffed by neighbouring King Lapu-Lapu of Mactan when he attempted to repeat the process. During the attack against the King’s forces, he was finished off with poisoned spears by the recalcitrants. His corpse was left on the beach. It was Juan Sebastian Elcano (Magellan’s former enemy) who then took control of the ship, sailed to the Moluccas, loaded up with precious cargo and returned to Spain in 1522 despite Portuguese attempts to unsuccessfully obstruct his passage.

« They entered Seville in a procession, each man barefoot and wearing a shirt and holding a lit candle in his hand to thank God for having brought them back to port alive » (Antonio Pigafetta, mission chronicler). Most of the information given here has come from an article by the great Sinologist and scholar Simon Leys (1935-2014) who wrote Magellan’s Voyage (1519-1522). The relationship of Pigafetta and other evidence (published by Chandeigne, Paris, 2007). 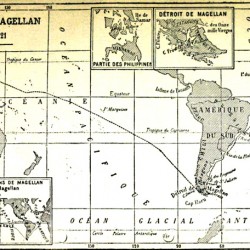 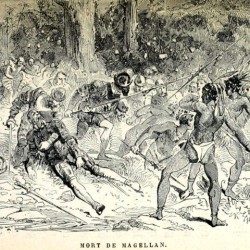