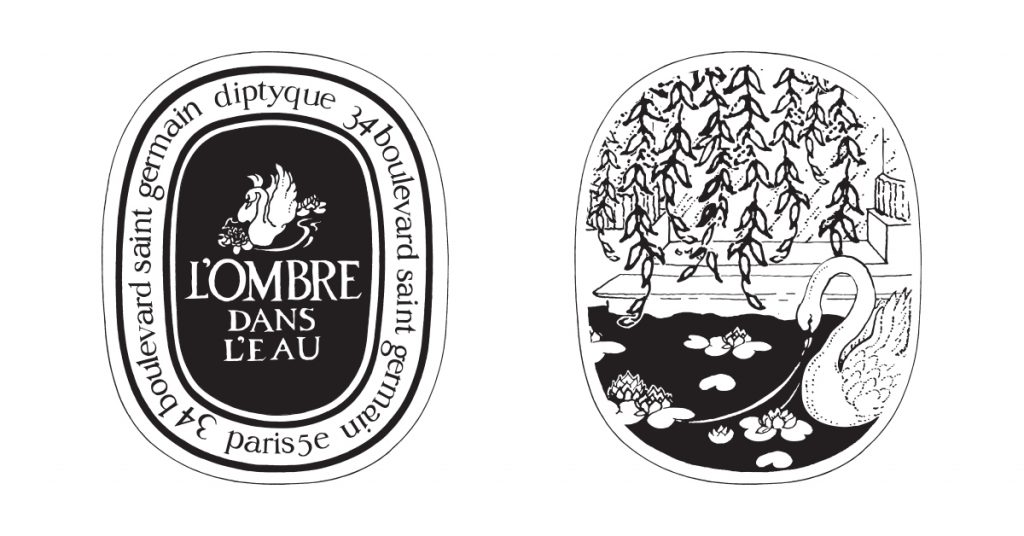 L’Ombre dans l’Eau was created as a result of a number of casual and matching gatherings. Serendipity therefore is the key behind this perfume that was simply bound to be. Friends coming together to discuss ideas, share memories, pitch in, pen sketches and bingo, the creation of a name jam-packed with memories…

Dido Merwin was great mates with the three founders of diptyque. The legendary pot-pourri called « Le Redouté » that was sold in the diptyque shop was her concoction. One day, she found herself blown away by the smell of roses and blackcurrants together. She told her friend Desmond how amazing these scents smelt when they were combined. He then created a perfume that would exalt this combination of blackcurrant and rose.

When Dido Merwin explained this fortuitous and joyful fragrance to Christiane Montadre, a picture popped up in her head, a powerful memory, a sensation from childhood when roses and blackcurrants were naturally in harmony with each other, the image of her parent’s garden. Dense and bushy, fringing the forests of Fontainebleau, this little garden bordered a canal. Fruit trees of all kinds – blackcurrants, raspberries and redcurrants flourished alongside a vegetable patch and masses of flowers including lilacs, snowdrops, primroses, hydrangeas, lupins, pink carnations, pink lily of the valley and a profusion of roses… At the bottom of the garden the banks of the little stream were shaded by trees and she occasionally glimpsed a swan gliding nonchalantly by. The mere thought of the fragrance of roses and blackcurrants together brought this picture flooding back into Christiane’s mind, the freshness and moss of the riverbank, the tinkle of water as it flowed by, the silent dignity of the swan, the shadow in the water… the name she suggested for the perfume that Desmond went on to illustrate freehand.

The origin of L’Ombre dans l’Eau is a reflection of diptyque. Its creation was the result of encounters. It conveys friendship, nature, memory and luck, the kind of destiny that welcomes those with open arms and creates a conduit between the past and the future via the creative process in one movement.