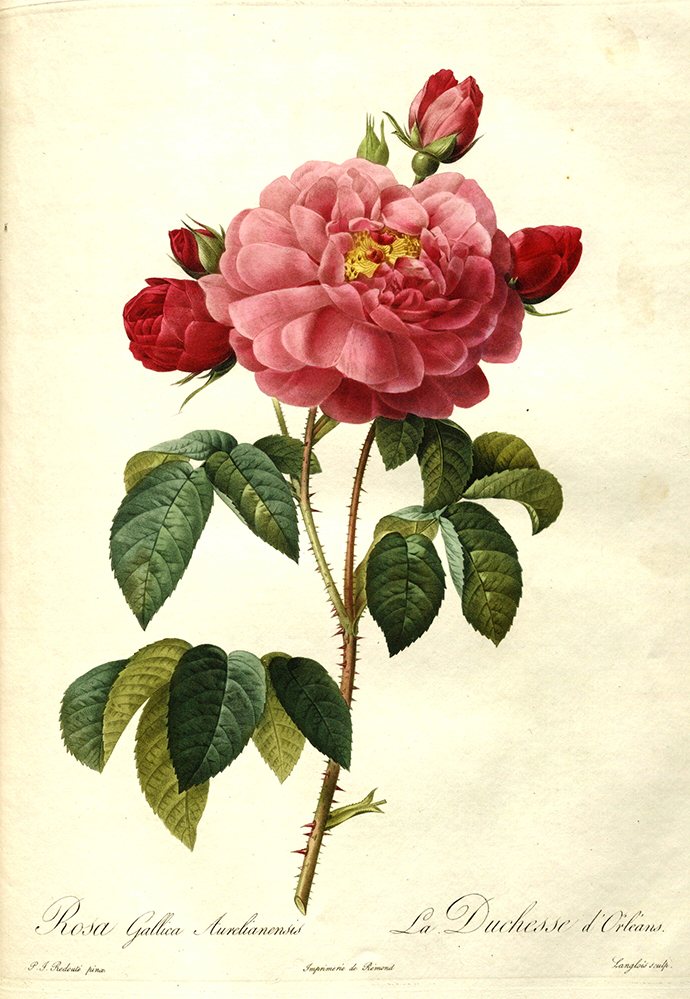 What exactly is potpourri?
Why would it be feared? (as its name “Redouté” means dread or feared in French)
And by the way, who is Mrs. Merwin?

Only a spell of magic could have turned such a repulsive expression into something synonymous with refined scents. Potpourri is a fragrant vegetal assortment where all natural components have been dried together. It’s a creation of redolent aroma, a true work of aroma.
Traditionally it’s composed of flower petals, spices, grains and pieces of fruit that have been dried together, sometimes separately. Many potpourris are an orange covered with cloves. If a bouquet of potpourri is intended for a room, its often covered. A Family Secret.
It was in the medieval French city of Provins that perfected the art of drying petals of rosa Gallica which uniquely keep their aroma. This rose then became known as the Apothecary Rose from Provins. There was the rag-trade where gifts for kings were artfully prepared. They were exported throughout Europe to India, before crossing the Atlantic. England was one of the very first clients of the apothecaries of Provins, loyal for many centuries.
The abundance of these dried petals generated the birth of the English potpourri. Gardening had already become an national passion, and potpourri soon became a popular practice. In many houses, the lady of the manor would enrich her arrangement with her special dryings, adding rose petals from a cultivation which usually was her husband’s reserved domain – most often originating from France – the roses, not the husbands!

And so, who was Mrs. Merwin?
She gave the founders of diptyque her secret potpourri mix which, as she assured, could be traced back to her grandmother that lived during the 16th century during the reign of Queen Elizabeth I. She was adamant that it was the very last potpourri mix entirely natural, free of any artificial additive, so it was important to keep it in a porcelain bowl, right? Her potpourri, partly of powdery substances, was not easy to sell in small bags and plastic bags were forbidden as one could imagine. Although quite kind, she was not always the easiest person to deal with but even so she provided diptyque with her rare potpourri called  Le Redouté . There were three ingredients – the copper-colored tea leaves, the dark red gallica and the pale red damas, depending on which rose she would use. Presented in jars in the boutique, it was a great success. Even after many years in the open, it still keeps its aroma, faded like the maderized flavor of a good old wine. Today diptyque revives this special scent with an altar sized candle.

So why then was this potpourri so dreadful? What was wrong with it?
The name Redouté was a tribute to the famous botanist Pierre-Joseph Redouté (1759 – 1840). He portrayed the rose as no-one had before. This artist well-learned in plants, believed in the union between science and art. Bonaparte recruited him for his expedition to Egypt as he was particularly renowned in his field at the time, was highly respected by the famous painter David but Romanticism completely outdated him. He will remain as the great painter of the rose. 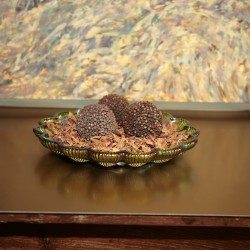 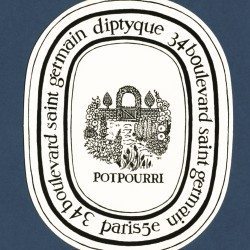 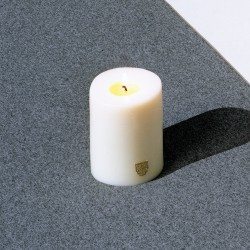