Choriambe, Paladin, Fabliau, Légende, Basile, Sarayi, Prétorien – these names with an old world sound tend to conjure up former times – medieval, dreamy escapes. They were the names of printed fabrics and the very first diptyque creations. The three friends who founded the House thought of using their painting, draughtsmanship, graphic designing skills and were passionate about the arts and all kinds of traditional craftsmanship.

Christiane Montadre-Gautrot was a graduate of the national School of Decorative Art. Desmond Knox-Leet was a painter. Yves Coueslant, a former student of the Ecole du Louvres, was working in the theater as a set designer and later as a theater administrator. Desmond and Christiane had been making fabric patterns for years and time had come to do something with it.

So they started creating fabric patterns, quite unusual for the time, such as geometric variations inspired from abstract and modern art. The colors chosen were a range of natural hues, more vegetal or reminiscent of ancient mosaics or pottery – ochre, black, pompeiian red, indigo. The artists were inspired by objects they’d brought back from their travels, in particularly from Greece or Turkey. A series of plain color fabrics completed the diptyque range. They selected quality fabrics from a factory in Wisembach, in a mountainous region near the German border. The printing was then done manually in the Haut-Rhin , Alsace, using dyes imported from Germany. Partnerships by affinity such as this have always been a part of diptyque.

The Prétorien fabric plays with the oval representing Antiquity which was dear to them. The fabric is named after the oval shape of the praetorian soldier’s shield. It was the first occurrence of a shape that would soon become part diptyque’s visual identity and logo. Prétorien was actually the brand’s most successful fabric and although all got good publicity, this was not reflected in sales. These prints are now part of the collection of the Musée des Arts Décoratifs in Paris. The Basile fabric had particular importance as it was used for the background of a press conference by General de Gaulle.

diptyque created fabrics until 1963 and the last diptyque fabric was Fuchsias in 1969, suggesting an Art Nouveau inspired design that was born from the artistic collaboration between Desmond Knox-Leet and the talented designer Andrée Putman.

For the very first time since these years, diptyque reissues textiles with the 2016 edition of The Collection 34. Pillow covers, totes and pouches are proposed with the Légende, Paladin et Prétorien patterns, inspired by the originals and all designed anew. 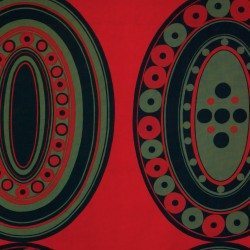 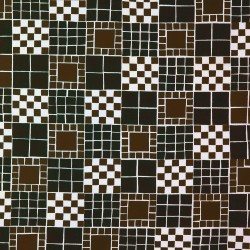 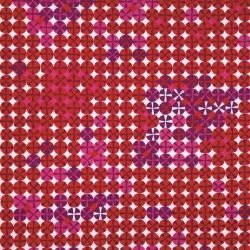 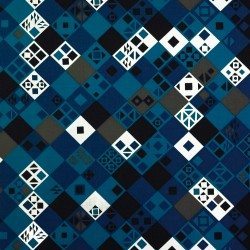 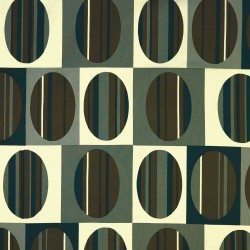 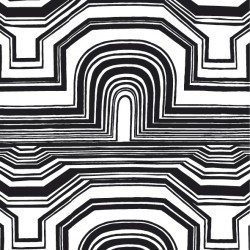