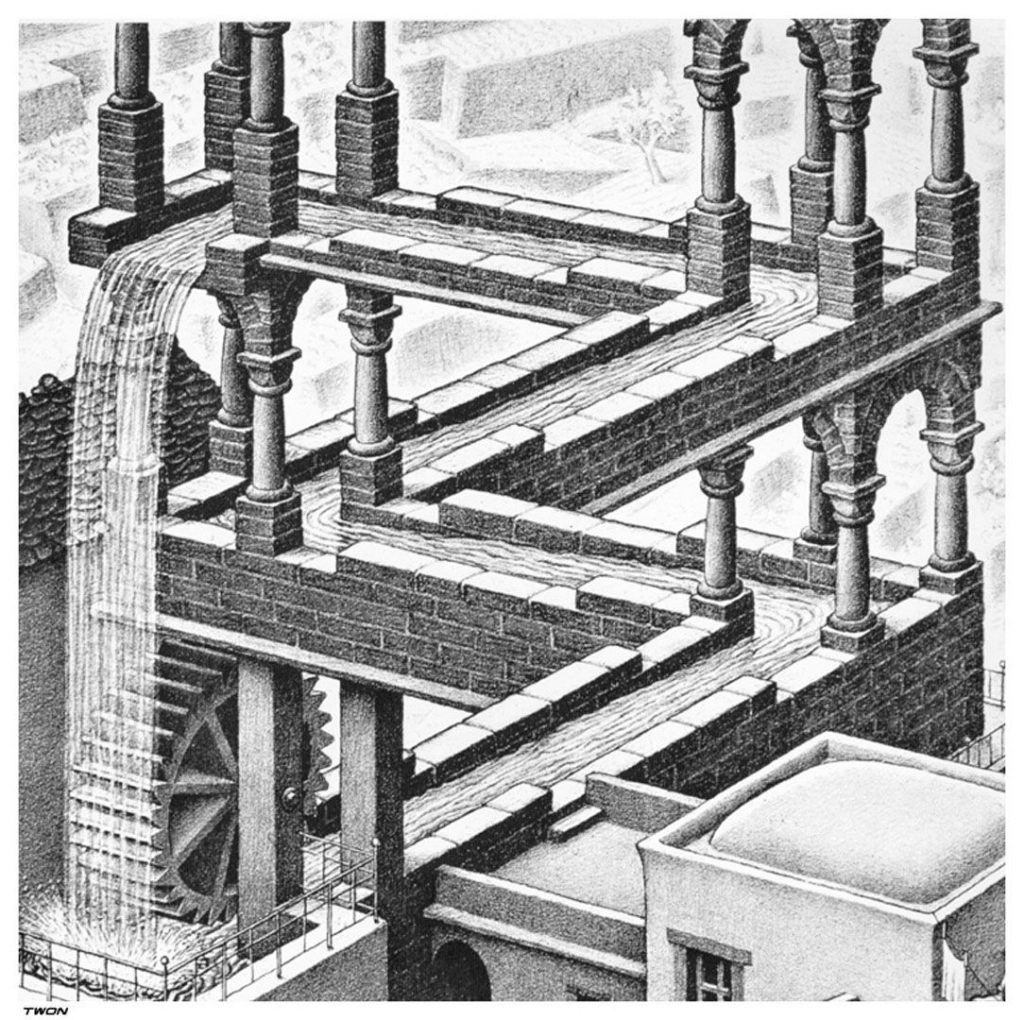 Perspective is a technique used to represent reality. It adds depth and volume to a flat plane. This pictorial convention seems quite natural but it has a long history. Perspective is even inseparable from a narrative that exposes its illusion as an evolutionary process.

Prehistoric art and diverse human civilisations (Greek and Roman antiquity; Asian and Byzantine art) have all employed relatively standardised ways of illustrating perspective. Some of the obvious and universal ways of doing this include making a distinction between the foreground and background, hiding elements at the back by those at the front, adding bits of the painting that are in the distance in the upper section of the picture and using warm colours at the front and cooler colours in the background.
But by adding perspective we can ascertain that the picture has been specifically calculated to appear a certain way so that the viewer can « perspicere »: see through. It seems that this was primarily the work of architects, surveyors and philosophers – not artists (even though all the latter could be represented by one person). Firstly in Greece with Agatharchus who thought lines ought to be made to correspond from the eye to several points on the object viewed, as did Vitruvius in De Architectura, giving plenty of food for thought for philosophers Anaxagoras and Democritus, as well as Ictinus, one of the co-architects of the Parthenon, and painter Pamphilus of Amphipolis (an artist who studied sciences including arithmetic and geometry in art) and Pausias of Sicyon, whose art was noted by the historian Pliny as introducing dimension to a flat surface. These methods were used during the Roman period to produce theatre sets and for interior décor, and demonstrated technical knowledge of a technique called « trompe-l’œil ».

The learned Persian and Arab philosophers knew these techniques and produced their own optical illusions, including work by Alhazen (965-1039) during the XIth century. Islam was flourishing at the turn of the first millennium and was a rallying point for the knowledge bank of Antiquity. Without Islam some of this knowledge would certainly have disappeared. Instead it was transmitted to budding civilisations in Europe at the end of the medieval period.

The science underpinning perspective was theorised and became a model during the Renaissance by the great Italian humanist artists, who despite being painters or sculptors were also intellectuals well versed in philosophy, architectures, maths, geometry and illustration. It all kicked off with the great Italian Primitives, Cimabue (1240-1302, Giotto (1267-1337) and Ambrogio Lorenzetti (1290-1348), whose Annunciation is considered to be the pictorial origin of modern perspective.

The birth of perspective is attributed to Florentine architect Brunelleschi in 1415 with his « tavoletta » (small panel) of San Giovanni Square in Florence, demonstrating the possibility of accurately portraying a building using linear perspective from a unique point of view and including its vanishing point. In 1435, architect Alberti’s treatise Della Pittura proposed a geometric and mathematical technique to create perspective (the ‘costruzione legittima’). Leonardo da Vinci would take this theory to its conclusion with curvilinear perspective that would take into account the curvature of the retina. Along with Flemish artists, he is also one of the masters of atmospheric perspective, playing with shades, light and softened lines – thanks to the hazy effect of sfumato – to make distance and depth resonate.
Of course, a whole generation of geniuses pondered the issue of perspective and experimented with it including Masaccio, whose fresco of the Holy Trinity is considered to be the first work of art to implement the principles put forward by Brunelleschi. Albrecht Dürer (1471-1528) also had an important role to play in this story: gutted not to have been introduced to this knowledge bank during his stay in Italy, he dreamed up various ways of representing perspective including the use of a device called a perspectograph, and wrote his theoretical treatise: « Underweisung der Messung ». Finally, a French mathematician called Girard Desargues (1591-1661) from Lyon is credited with completing the theory of projective geometry. [TO BE CONTINUED] 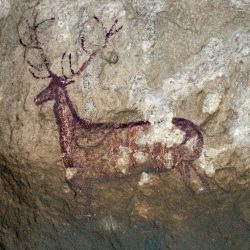 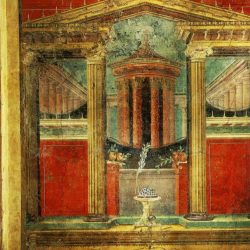 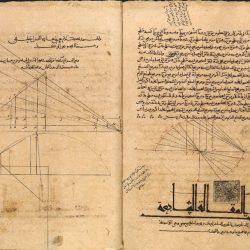 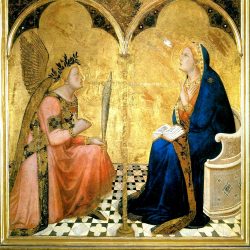