The sense of smell gives a mysterious access to time – there is the famous Proust’s custard pie that is worth a thousand words! A scent is not only a reminder of a moment from the past, but it restores a present that keeps living behind a veil. We don’t remember a time that has long gone but we relive it – the sense of smell invites the colors, the faces and their voices, our exact sensations and thoughts of then. It revives a life asleep in the shade of senses, sometimes opening the door of an eternal present.

Time flies says the metaphor but there is no time that answers the sense of smell hence, the idea to create an hourglass of scents but, instead of pouring sand, a perfumed liquid. Inside the neck the soaked wick drips and emits the perfume – a diptyque exclusive patent. This hourglass marries ingenuousness with ingenuity both candid and astute.

The family of inventions in search of time was numerous. All elements were summoned – earth, water, fire and their scents. The traditional sand hourglass measures a short span of time. The clepsydra of the ancient Egyptians is a water-clock based on the continuous and invariable pouring of water. Over fifteen centuries incense-clocks were used in China – the slow consumption of an incense-stick burns a thread that releases a marble (a little ball) whose fall marks a lapse of time. In England, King Alfred the Great was believed to have invented a graduated candle to measure time along the course of a flame, so as to know the hour of night prayers. Then came the oil lamps – although inaccurate to tell time, they appeared to be quite easy to light. Time might fly but it sometimes smells like something burning.

It is the flower clock that will remain the most poetic by far and is due to 18th century Swedish naturalist Carl von Linné. It relies upon the circadian rhythm of flowers, their respective daily times of opening and closing. For instance the ipomoea purpurea, also called morning glory, opens at 4 o’clock. At 5, the ranonculus opens an eye. Water lilies and marigolds open around 7 o’clock whereas the calendula is very punctual, 9 o’clock sharp. Gentians usually stretch their petals around 10 while Californian poppies will not reveal their silky orange petals before 11. The passiflora caerulea is a late sleeper and opens around noon, followed by the carnation or eyelet at 1pm. There’s a flower opening or closing for nearly every hour. At 5pm the water lily closes but the sad geranium opens very late, around 9 o’clock and so goes the clock, according to the weather, winds, latitudes, temperatures and humidity. Weather merges with time here and time is colors and scents – a marriage of perfumes. The flower clock follows a system that is always similar but never identical. Now comes Nietzsche’s pie or equally relevant, Henri Bergson defines time as a continuous overflowing of unpredictable novelties, just like flowers.

In this practical as well as immaterial kinship, even ethereal, the diptyque hourglass invites awareness of a motionless time, thanks to the silent diffusion of a fragrance. 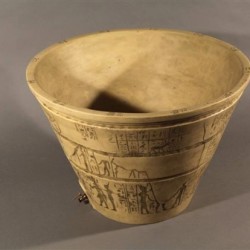 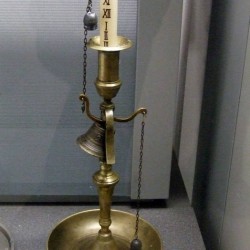