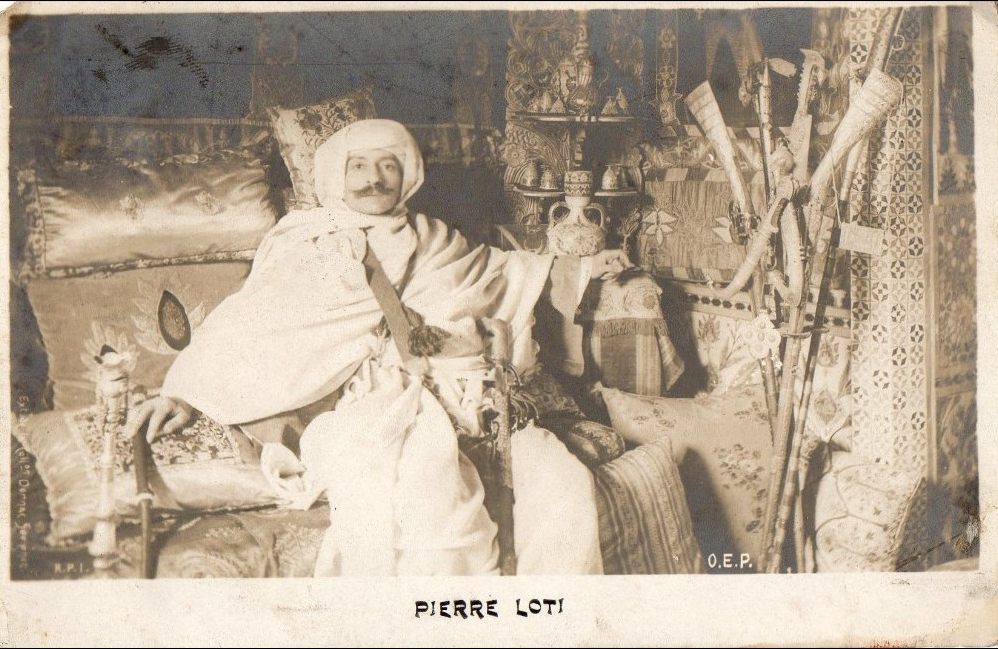 Just saying Opone, Ispahan, Samarkand or Constantinople is like opening an old trunk in a dark attic from which suddenly, as many tales and legends as historical accounts with thousands of colors escape.

Orient means east, geographically opposite the west but The Orient – this can open and cover vast territories of daydreams in the ancient European psyche. This Orient, slow, mysterious, enchanting, desirable and troubling, was fictionalized and romanticiced by writer Pierre Loti (1850-1923). As a naval officer he’d landed on oriental shores from the Mediterranean Sea to China but as an artist and as a chivalrous man, he never ceased to invest the Orient with his fantasies.

In Constantinople, where he stayed for a long time, he really wanted to become a resident of the city. The capital of the Ottman Empire, which would soon become the capital of Turkey, overwhelmed him with its exoticism, splendour and disorder. He became a Turkophile with passion and beyond good sense.

A few years ago, in the writer’s house in Rochefort, Charente-Maritime, a very small bottle of perfume, a miniature, was found concealed in the double-bottom of a reliquary. The label read Loti Rose d’Amour 1913 (Loti Rose of Love 1913) as well as the address of a perfumer from Paris from whom Pierre Loti ordered this perfume from, made only for him. This discovery was by the “nose” Laurent-David Garnier.

The rose and its perfume are standing here, just between evocative associations, lost memories and truth. The Damascus rose is also named rose from Turkey because it is cultivated in the mountainous region of Isparta, located in the south-west of the country. This rose’s perfume is floating as the core element of Opôné, which is dedicated to this hallucinatory Orient.