Japan is and has always been an island of literature and waka refers to their classical poetry which haiku is a distant descendant of.

Waka branches into other forms, starting with chōka and tanka. Each is governed by strict formal structures among these the number of “mores” which are units of Western syllables. The tanka is a short poem of 31 mores, the first seventeen making the kami-no-ku. Disassociated that part in itself becomes the haikai-hokku which then became abbreviated to haiku.

The style of tanka is about observing, feeling and questioning the world – no thinking or conjecture, no ideas. Tanka used to be sung and its use was only allowed in the Emperor’s court, elsewhere was punishable by death.

The 17 mores of the first part of the tanka are framed in a triplet – the first and the third verses have 5 syllables, and the second seven. This formalized triplet makes the haiku and separated from the tanka, the haiku became popular. In the 17th century pursuing the work of his masters, poet Bashō Matsuo made the haiku a poetic triplet on its own not to be sung.

Traditional haiku focuses on the fleeting, on time that passes, on the seasonal cycle which it should hint to. The modern haiku got rid of these keeping only the formal rules.

Haiku poetry is austere in its subtlety where the writer takes a step back restraining themselves from judgement wording an echo of the world conveyed by emotions.

Let’s bear in mind that in traditional Asia, art is mostly a practice which expresses wisdom and as such has no higher aim than assisting the artist in his task to become wiser. Haiku presents this ephemeral and pervasive harmony between an artist and the outer world.

Early this summer as a tribute to this literary art, diptyque has accompanied its Eaux Parfumées with a free haiku. 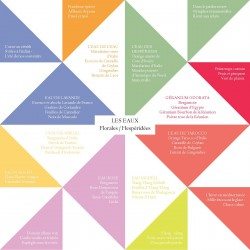