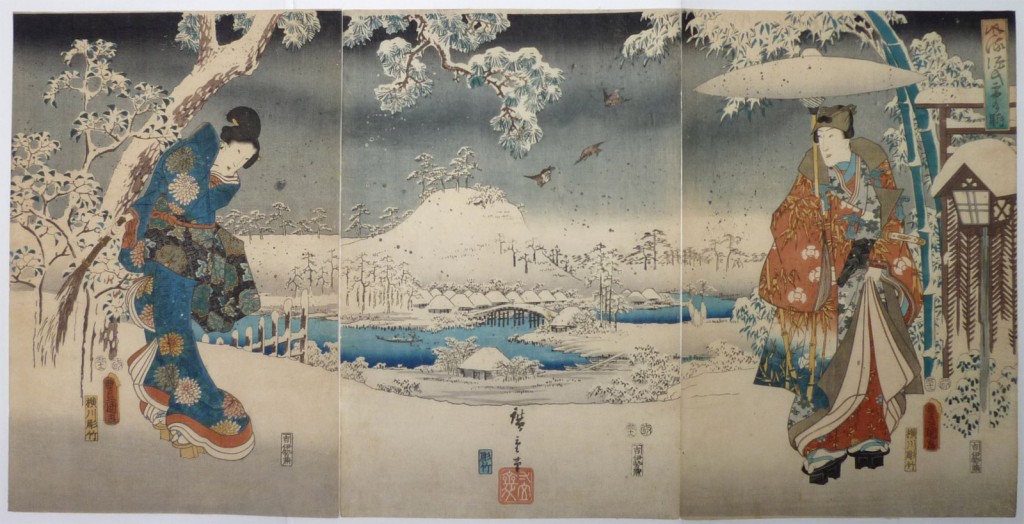 Kôdô means “way of incense”. It’s a traditional art which is truly Japanese consisting of creating scents and appreciating their fragrance with solemnity. Codified during the 17th century, this discipline has been taught by schools ever since. however, the roots of Kôdô reach back much farther to a millennial tradition.

It’s likely that no other country ever created such a traditional art of fragrant smoke. Originally there was the jinkô, a scented resin secreted by Aquilaria trees when infected. It entered Japan from Korea along with Buddhism in the 6th century. Blended with other essences like sandalwood, myrrh and spices, it was burnt for religious offerings although not exclusively.

Soon rare aromatic essences, musk, plum flesh, honey and charcoal became part of the elaborate procedure of nerikô (mixture for burning) which was kept secret and coveted. They can also be arranged in impregnated silk bowls to perfume clothing or interiors. These pleasures of court would become refined sought after amusements but it was during the Heian era, between the 8th and 12th centuries that these practices reached an incomparable dimension that would eventually become the rules of Kôdô five centuries later. It’s in this court quite cut off from the world by its exquisite precious refinements, that solid though ineffable bonds were formed between scents and calligraphy, literature, expression of feelings, thoughts, also together with the seasons, with the time of day or the hour and with a mood. The perfumed letter is an art of the highest skilled acumen. The knowledge of smelling can probe the most subtle correspondence and spiritual connections. The classical Japanese book, The Tale of Genji, written by a woman from the imperial court, Murakasi Shikibu, was much inspired by them. This art of scents collects the magnificence of evanescence.

During the Edo period, beginning in 1603, the growing sea trade and the emergence of an opulent bourgeoisie who wanted to make the aristocratic rituals their own, widened the use of incenses. This was the time when Kôdô appeared, mainly ruled and taught by two schools, Shino-ryu, and d’Oie-ryu. In the 18th century writers devoted entire huge encyclopaedias, painted, gathering the tremendous knowledge about incenses and their ceremonies. Typologies of savour came to life, finally dissociated from seasons. Games called kumikô consisted of distinguishing and then memorizing various scents from given themes inspired from seasons or classical literature.

The room is bare. Participants wear no perfume. A certain inward disposition tends to the silence of thoughts. An incense is listened to. Paradoxically, in traditional Japan the perfumed waters and body perfumes were not to develop whereas the scents by combustion were. A perfume is spiritual rather than sensual. It flashes in the air like a fleeting dazzle. Like haikus, the scented smoke magnifies an eternity that is merely passing through. 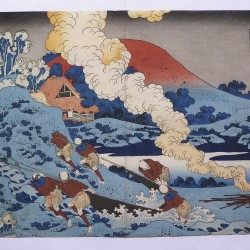