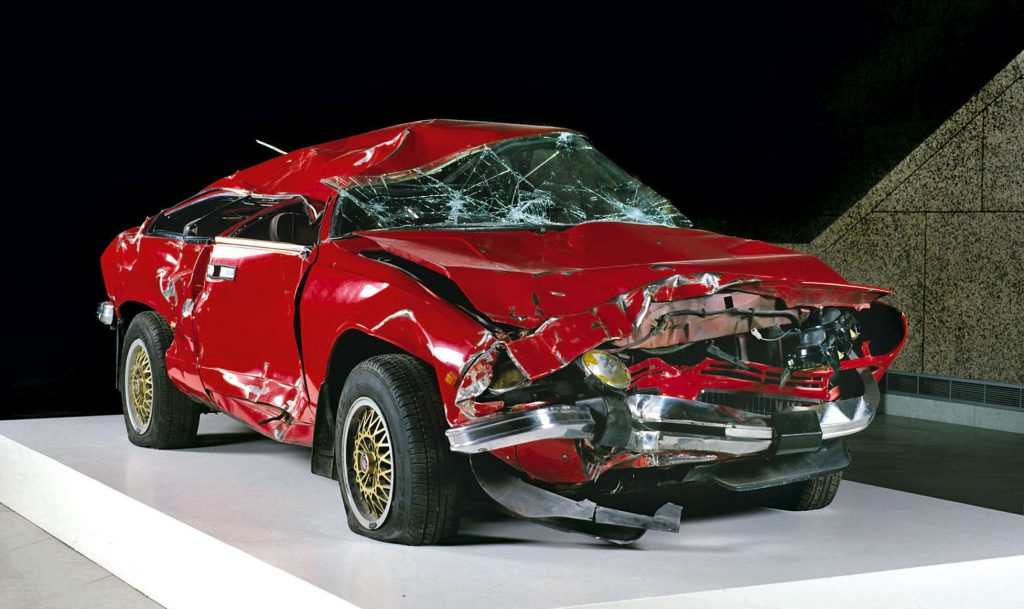 When an accident creates a new identity, by Catherine Malabou

What kind of identity results from a person facing destructive plasticity? What happens when a shock event, trauma or accident has such a dramatic impact on a person’s brain that a new identity emerges that is so at odds with the preceding personality that it is neither recognisable to others nor to the person themselves? Severe brain lesions and neurodegenerative diseases shape and conceal such changes in a personality. Neurologists emphasise the close relationship between a sudden rupture of neural connections and a transformation in personality. « (…) When connections change, says Joseph Ledoux in Vous êtes vos synapses, (You are your synapses) a personality can also change. (…) When emotions are no longer contained, for example in disorders like anxiety or depression, a person is no longer who they were before. »

There are plenty of examples that prove that the creation of form, the carving out of personal identity and remodelling of the « self », are not just the work of constructive, positive plasticity opening up individuals to their environment and world, making them accessible to others and engaged in their future. There is of course negative plasticity that does not destroy a personality entirely but shapes a new one from the debris of the trauma that has been endured, as if the ruins of the preceding self have been remodelled to create a new person. Accident and creation are therefore not in opposition. They work together in a strangely complicit way to reveal individuals who have become strangers to themselves.

One should be able to question the psyche’s ability to survive after trauma, not in an absence of form but within the form of its absence. Yet destructive plasticity reveals the possibility for everyone (not just those who are ill) of becoming someone else at any given moment as a result of an accident. Metamorphosis is an ongoing risk. The brain, which is the vital, biological and psychic core of the self can be damaged at any moment. The destructive and configuring character of the wound, its capacity to spontaneously shape new configurations of the self and destroy preceding configurations, is the great lesson of contemporary neurology.

But an observation like this should not lead to despair. On the contrary. Recognising that traumatised identities leave an outline and not a void is the first step towards therapies that are already in the pipeline. Oliver Sacks gives us a foretaste in L’Homme qui prenait sa femme pour un chapeau (The man who mistook his wife for a hat). He says the following about the case of Jimmie G who is suffering from a severe case of Korsakov’s syndrome and has subsequently irreversibly lost the ability to form new memories: « Perhaps there is a philosophical and clinical lesson here: when it comes to patients suffering from Korsakov’s syndrome, dementia and other such catastrophes of this genre, however severe the organic damage may be that results in this  “internal” dissolution, the absolute possibility of the self being restored continues via the art, communion and contact with the human spirit and this prospect remains despite the desperate state of neurological destruction being obvious to all those around them. »