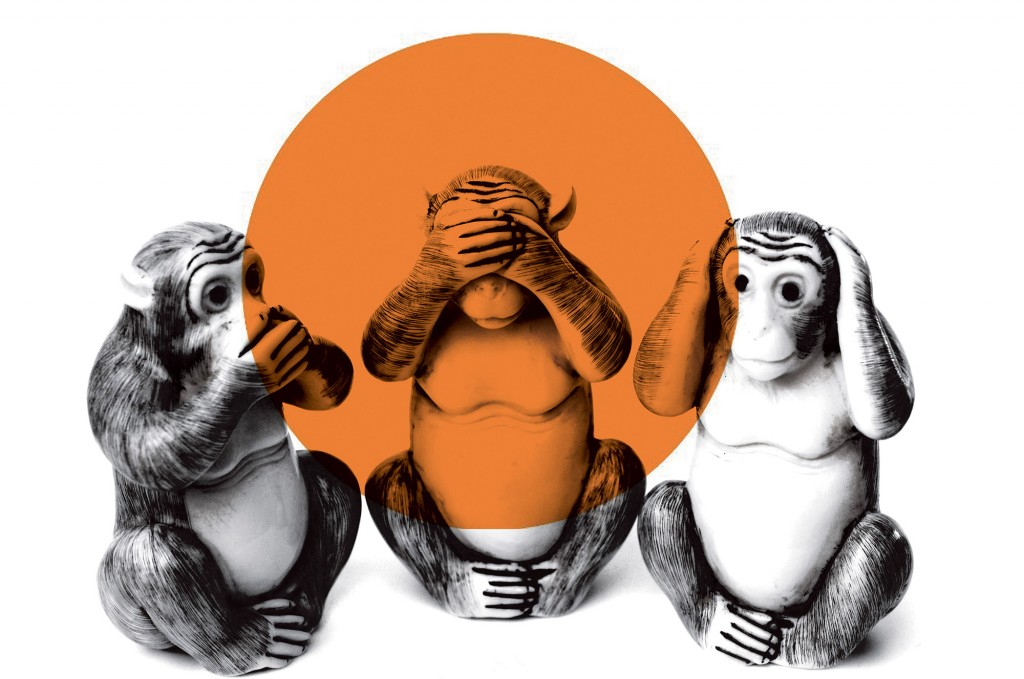 The origin of the three wise monkeys (“see no evil, hear no evil, speak no evil”) is lost in the mists of time. They are so universal that they have their own emoji effigies, a sort of terrestrial consecration. But does the celestial meaning of their silent senses still mean anything to us now?

It is very likely that the ancient sages of China and Japan wanted to signify that paying attention to improper things meant corrupting ourselves: by sullying our eyes, our ears or our words with any sort of filth we would become soiled, even if our intention was to protect ourselves from it. Evil proceeds by contagion, mimicry, it stains. So we must endeavour to fill our senses only with that which is just.

This idea has been transposed into western thinking by this maxim from the philosopher Friedrich Nietzsche (1844-1900), taken from his work Die fröhliche Wissenschaft (The Gay Science): “[…] I do not want to wage war against ugliness. I do not want to accuse, I do not want even to accuse the accusers. Looking aside, let that be my sole negation! And all in all, to sum up, I wish to be at any time hereafter only a yes-sayer!” 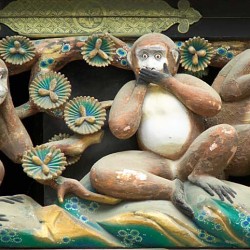 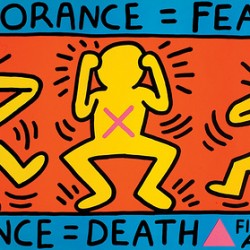