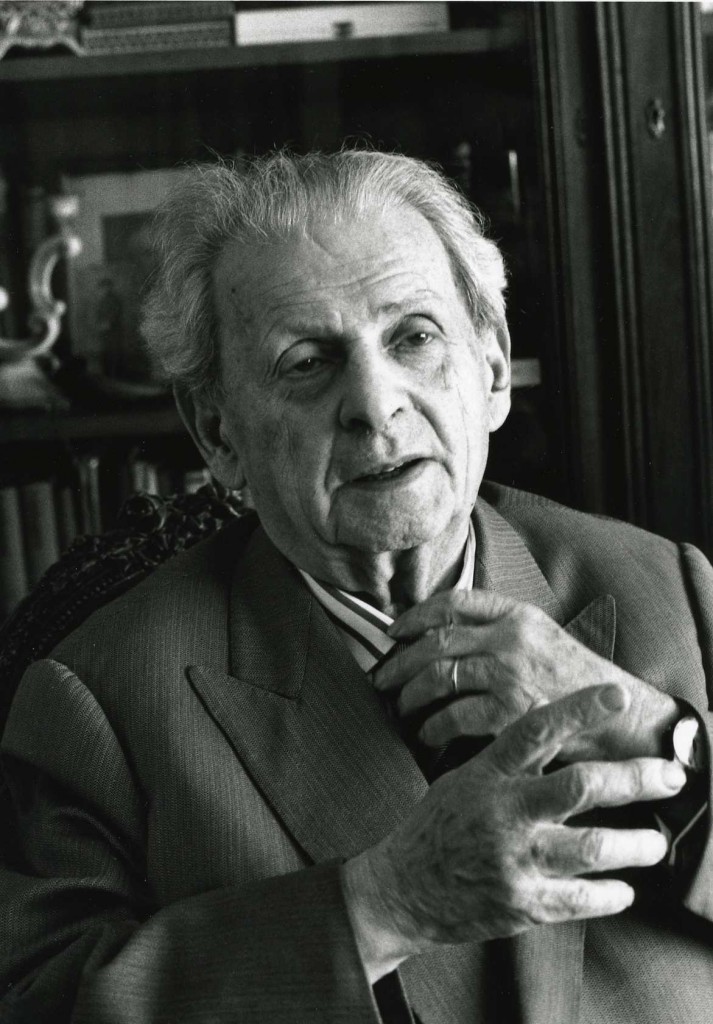 Emmanuel Levinas was a French philosopher born in 1906 who died in Paris in 1995. His philosophy places him amongst the greatest thinkers. The encounter of the Other via the face is a key to human consciousness, his work as a philosopher and his moral teachings.

Here are a few quotes that recognise the literally vital importance of a face-to-face encounter with the Other.

« Firstly there is the straightness of the face, its directness, its defencelessness. The skin of the face is at its most naked and defenceless. The most naked even though this nudity is decent. The most defenceless too: the face carries within it a certain poverty; the proof of that is that we try to mask this poverty by assuming poses, an attitude. The face is exposed, vulnerable, as if inviting an act of violence. At the same time, the face is what prohibits us from killing.
(…) The face is meaning, and a meaning without context. I want to say that the Other, within the rectitude of the face, is not an individual in a context. Usually a person is a “character”: a professor at the Sorbonne, the VP of the State Council, the son of so-and-so, everything that you can see in a passport, the way one is dressed and presents oneself. And all meaning, in the usual sense of the term, is relative to a specific context: the meaning something has in relation to something else. However the face gives priority to the self. You are you. In this sense, you could say that the face is not “seen”. It can only be embraced by your thought processes: it is uncontainable, it takes you beyond. […] But the relationship with the face is immediately ethical in nature. The face is what you cannot kill, or at least in the sense that says: “thou shalt not kill”. Murder is, of course, a banal fact: one can kill another person; the ethical requirement is not an ontological necessity. Being forbidden to kill does not mean murder is impossible, even if the authority behind the sanction remains in the guilty conscience of the evil that has been done – the malignancy of evil.” (Emmanuel Levinas, Ethics and Infinity)

“Face and speech are interlinked. The face speaks. It talks, and it is the essence of the person that makes this possible and kick-starts any conversation. Earlier I rebuked the notion of sight to describe an authentic relationship with the Other; it is speech, and more precisely, the response or responsibility, that is an authentic relationship.
Actually I have always made the distinction in speech between the saying and the said. The saying should include the said as a necessity of the same order as that imposed by a society with its laws, institutions and social relationships. But the saying in a face-to-face encounter means that I’m not just there to contemplate, I reply. The saying is a way to greet others, but greeting another person is already a response to him or her. It is difficult to keep silent when in the presence of someone else; this difficulty is ultimately founded in the proper meaning of the saying, whatever has been said. You have to talk about something, the rain or good weather, who cares, but talk, respond to the other person and be accountable to him or her.” (Ethics and Infinity)