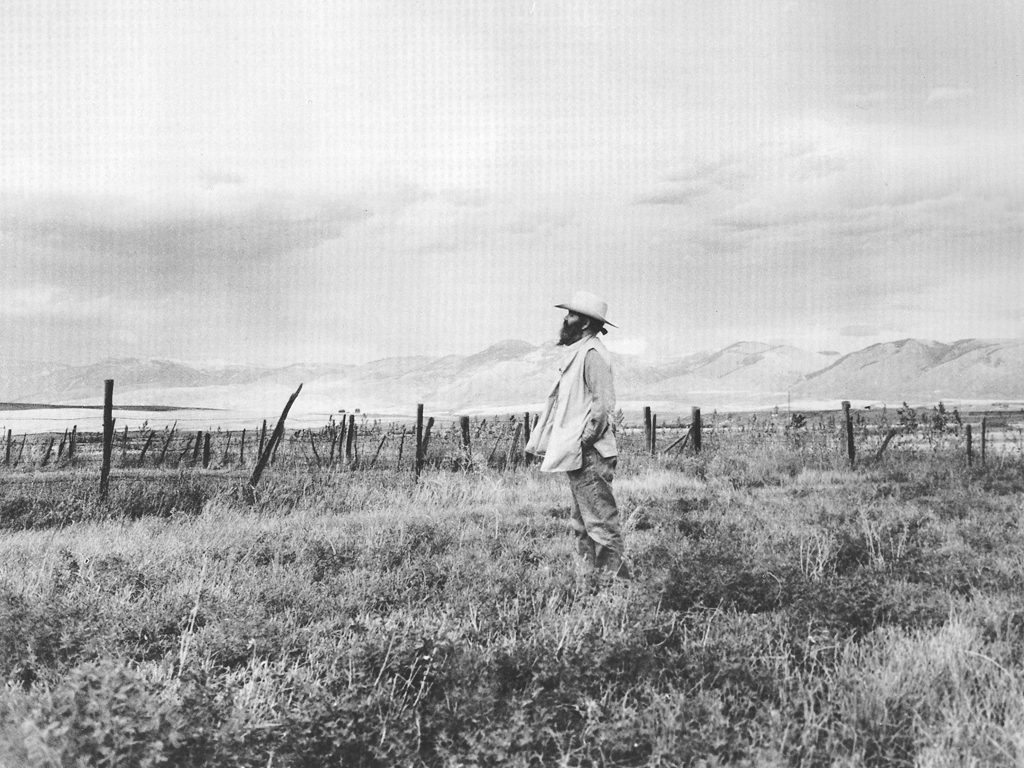 Whether you immediately think of Schönberg’s sound-colour melodies [Klangfarbenmelodie]  or voyages « to the centre of sound » created by Italian composer Giacinto Scelsi or John Cage’s Imaginary Landscapes, 20th century musicians have never ceased to investigate the obviously preconceived notions of the listening experience, tone and sound. We turn our attention to American composer La Monte Young, one of the most fascinating figures of minimalist music, despite being much less known to the general public than Terry Riley, Philip Glass and Steve Reich. Now aged 80, La Monte Young stands firmly on the fringes of the commercial world and continues to create music that can be played « for a very long time, even indefinitely ». This dreamer of ‘eternal sound’ started off as a Jazz musician before hearing work by Stockhausen and Cage. The latter propelled him to join the conceptual music scene in America at the tail end of the Fifties along with artists such as Joan Jonas and Andy Warhol. He joined Yoko Ono’s great ‘happenings’ in her New York loft apartment before going on to launch the Theatre of Eternal Music with musicians Angus MacLise and John Cale, who later joined Velvet Underground. In the early Sixties, La Monte Young and his partner, visual artist Marian Zazeela created Dream Houses, incredible sound and light installations that would go on to be exhibited globally. Entering a Dream House is an intensely sensorial experience: you enter a room bathed in mainly neon pink light that is reflected by mobile sculptures and constantly fluctuating sound waves emitted by loudspeakers. Being in this environment requires a new mode of attention and self reflection. The electronic nature of the sound makes it infinite so invitees can experience Jean Cocteau’s dream. At the cusp of the Roaring Twenties, the latter wrote « I want someone to build me a music that I could live in, like a house ».

Karine Le Bail is an historian (CNRS / EHESS) and the producer of the A pleine voix radio programme (France Musique). 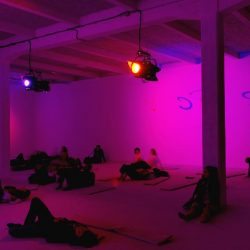 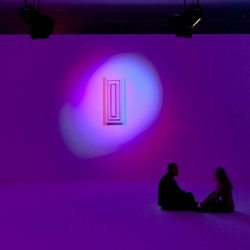 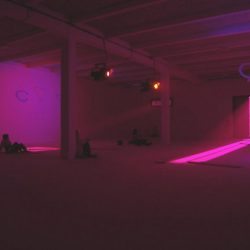 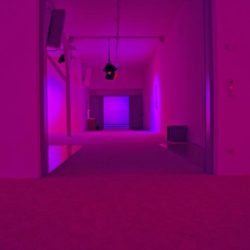