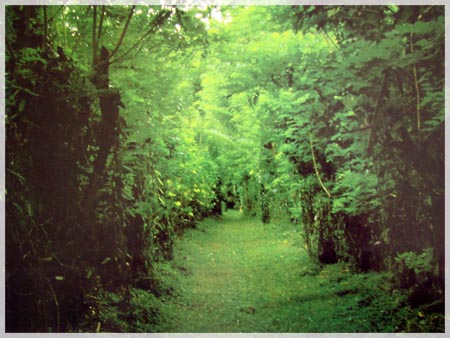 Vanilla – this botanical pod covers history, space, issues, struggles, bankruptcies and shoddy fakes, however vanilla remains associated only with its flavor, its softness or pleasure. In an ice-cream this tropical orchid often is the cool summer breeze’s best friend. Its aroma is found in many prestigious perfumes and its name also gives credibility to cheap mass-produced fragrances. In short, vanilla has been present in so many romantic evenings that it seems fair to speak of vanilla’s love affairs.

The origins of the word vanilla leaves no confusion – it derives from a word which means sheath, scabbard, case, or envelope, and due to the shape of the pod and fruit of vanilla – the female body’s morphological design. Coincidently the main characteristic of vanilla always was its reproduction – and still is!

The plant has Mexican origins and was cultivated by the Totonac people who sold it to the Mayas and later to their successors, the Aztecs who ended up annexing the Totonac lands and joining the Spanish invaders led by Cortes to fight for the Aztec Empire of Moctezuma II. Soon after vanilla made its first trip to Europe where France grew it extensively on Bourbon Island – later called Réunion Island but surprisingly, the Totonacs remained the chief producers until the end of the 19th century. Why? Well, quite simply there was no way to grow this plant anywhere out of its native environment.

The reason being that this epiphytic orchid growing in the Petén forests in Yucatan, is pollinated by a species of bees named Melipona which were not found in Europe. Plus the process of pollination was not clearly understood until the 19th century – the first artificial vanilla pollination was done by Belgium botanist Charles Morren in 1836.

But it was a slave from Bourbon Island who developed the efficient process of hand-pollination, enabling the contact of the reproductive organs of its flower. A presumptuous and dishonest French scientist tried to steal the honour but fortunately the boy’s protector, Ferréol Bellier Beaumont, who had raised and taught him horticulture, stood in the way. The boy’s name was Edmond and as a tribute to the vanilla flower he chose the surname of Albius because alba means white in Latin. Unfortunately the black Albius was to die in poverty whereas Bourbon Island became the worlds’s largest producer of vanilla as the secrets of artificial reproduction were now known. The cultivation of vanilla then spread out along a tropical belt of islands – Mauritius, Madagascar and Nosy Bé, Seychelles, Maldives, Comoros, Mayotte, Indonesia, French Polynesia and Tonga.

Today vanilla is still pollinated by hand using Edmond Albius’ method in dry weather, at dawn, and flower by flower which explains its high cost. It also justifies the abuse of its remains and the widespread use of vanillin, a chemical synthesis made from spruce resin or from clove extracts, which will never be able to compete with the natural bouquet of Vanilla Absolute. 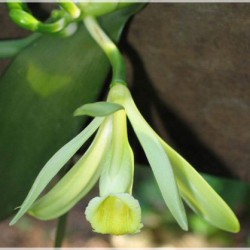 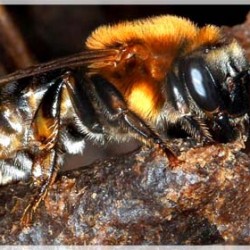 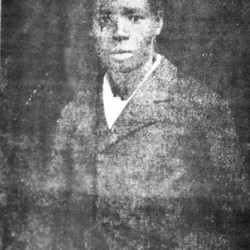 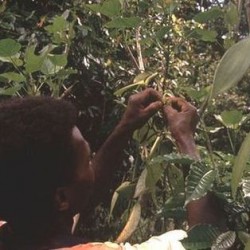 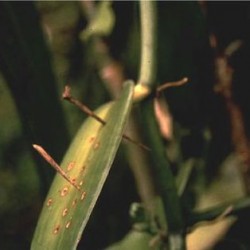