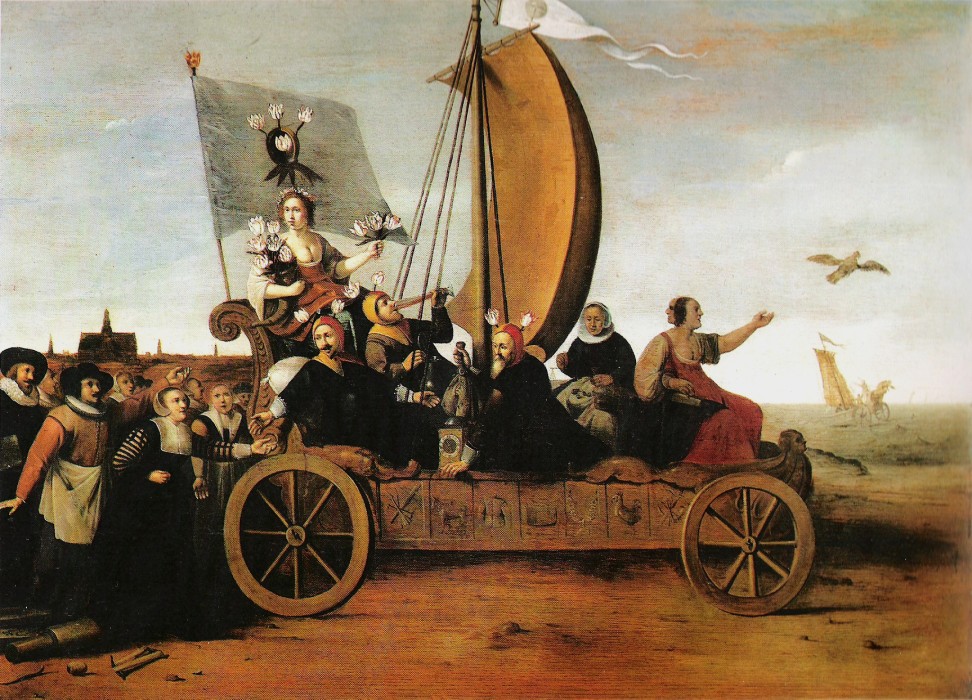 Did tulips threaten to turn the capitalist world upside down, that is the question. The speculative bubble caused by tulips in 1637 has the experts split in two camps. Due to a limited amount of economic data, positions remain partisan. But the general consensus is that the sudden collapse of the contract price for tulip bulbs is indicative of the scale of tulip mania.

Tulips originate from Turkey. They were brought to Europe during the XVIth century. Botanists were the first to express an interest in them. In the United Provinces (now the Netherlands) where horticulture and gardening were all the rage, new varieties were created that could tolerate the regional climate. It wasn’t long before this rare flower came to the attention of the well-to-do of this world including royal courtiers, aristocrats and the great bourgeois dynasties. Tulip mania began as the flower became a desirable status symbol to be cherished in private gardens. It then began to appear at markets. It was also painted ad infinitum by Flemish artists – masters of still life.

Gradually the tulip bulb became all the rage. But tulips only flower in May and the seeds need many years to grow a flowering bulb from seed. A virulent virus complicated matters further and led to a rise in cost. Markets for the buying and selling of bulbs appeared around 1630. According to sources, transactions were no longer limited to the Amsterdam stock exchange and trade began to spring up in taverns elsewhere, especially in Haarlem. Demand so outstripped supply that prices went through the roof: in 1637 a single bulb was worth fifteen years salary of a skilled craftsman, or the price of two houses. The Dutch dubbed it windhandel, (literally wind trade) to denote the trading of contracts without an actual exchange the underlying asset (tulip bulbs). Then suddenly prices fell sharply. The consequences could have been mitigated had there been enforced payment of contracts in law but they were not as tulip contracts were seen as debts contracted through gambling. This financial crisis nevertheless gave the country a stiff warning about the risks incurred when a speculative trade bubble bursts.

Journalist Charles Mackay in an 1841 book called « Extraordinary Popular Delusions and the Madness of Crowds » postulated that tulip mania was a genuine speculative bubble that led to the first financial crash in the history of capitalism. This hypothesis has gone down in history and has spawned plenty of renowned followers amongst economists. But just as many opponents too. The debate is a technical one with very little available data for back up purposes. There are other economic factors to take into account regarding the crash as well, such as the bubonic plague in Haarlem, and a parliamentary decree releasing contracting parties for an obligation to purchase.

Tulip mania (futures market) bubble or a simple economic adjustment, this speculation in tulips and its subsequent crash revealed a reversal of values: how did the price of a tulip bulb manage to exceed the price of several animals, a house and a decade’s salary? Art has questioned this theme to death in the light of Vanitas (moral message of the time) warning people of the greedy stupidity of wanting to possess perishable goods. Particularly when just looking at them should have been more than enough. 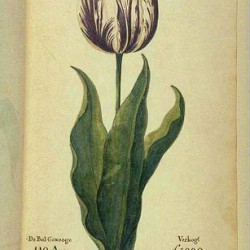 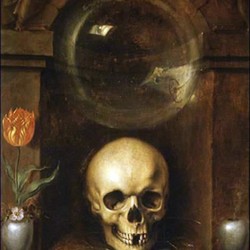 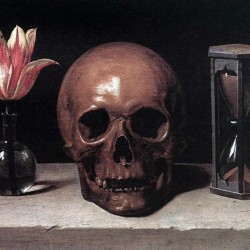 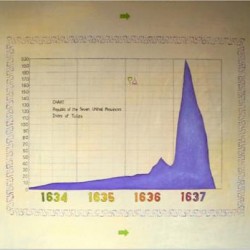