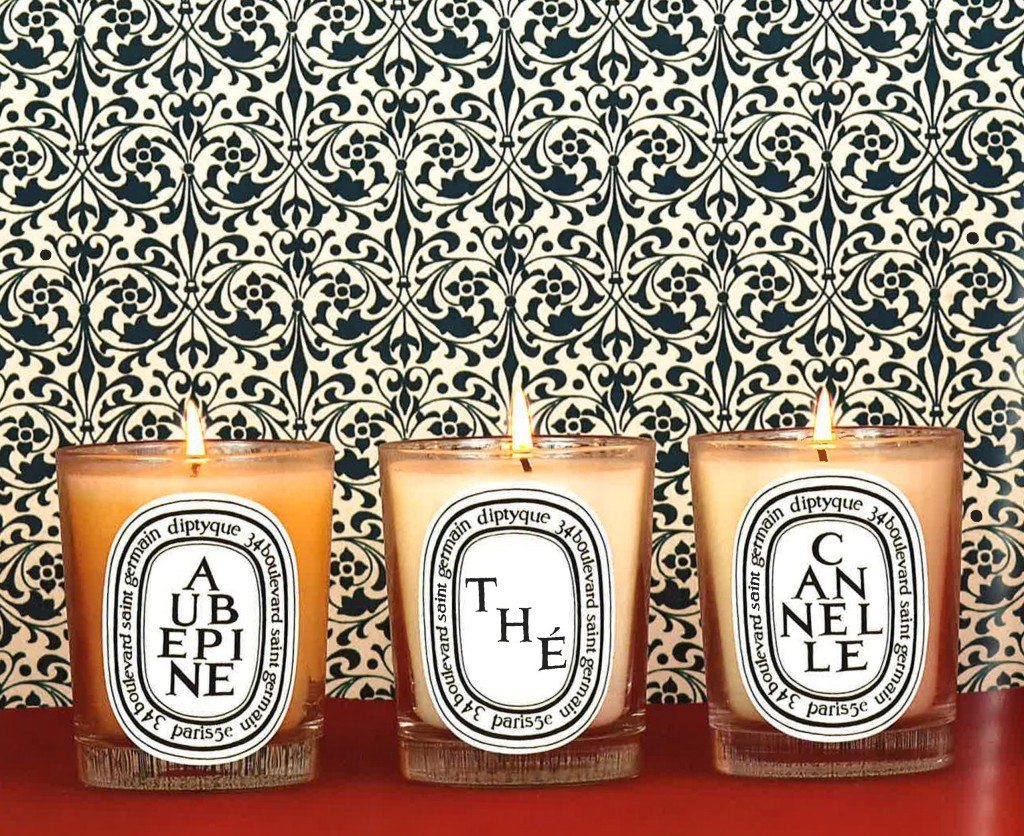 It was only after two years of existence that diptyque created its first perfumed candles in 1963. So far, the founders had been focusing on the creation of fabrics. They designed the patterns, chose the colors and oversaw the printing. This work led them to think of candles matching their textile creations. As always with diptyque, it was due to their privileged relationships with craftsmen whose work as well as their ways of working they liked. So it was with their wax myrtle the candle maker came up with the idea of creating perfumed candles. He suggested scents such as hawthorn, cinnamon and tea and the three founders were immediately keen on attempting the adventure.

Desmond Knox-Leet got on with it straightaway. He already had a sensitive nose and educated tastes. He liked the smells of nature, of raw materials and everyday objects – and perfumes of course, specially those of English tradition. During his childhood his mother had introduced him to the arts – music, painting, theater, literature – and including the one of perfume. His natural preference was for simple scents liking to distinguish within a perfume the natural and authentic odors that built the chore of its fragrance, from flowers or essences. He would always look for the natural framework of a scent.

The perfumes of these very first three diptyque candles were all created in Desmond’s workshop at 34 boulevard Saint-Germain, above the boutique, where he conducted countless tests to find the right combination for the three scents. He was the “nose” of the House until his death. He enjoyed mixing and working the combinations, adding powders, essences, herbs and spices to create the right aroma. That says a lot about this whole way of working – a taste for fine things, working hands-on, having fun, experimenting, the understanding of quality crafts, the lack of a written idea contemplated from a desk with a whole business-plan in mind, the desire of adventure, the personal dedication for things well done, made with patience, care and thoughtfulness.

At the time, rare perfumed candles were a costly product – diptyque wanted to offer handcrafted perfumed candles with home-made scents which would be affordable. They worked with a renown perfumer trained at Ecole de Versailles to reproduce as faithfully as possible the scents that were born in Desmond Knox-Leet’s workshop.

The making was to be of perfection – wax and wick would depend on the family of aromas, wick was fixed with a special glue, glass was preheated to prevent ridges of wax.

The diptyque of today, a scent designer for home and body, was born with this trio of candles, perfumed with hawthorn, cinnamon and tea. 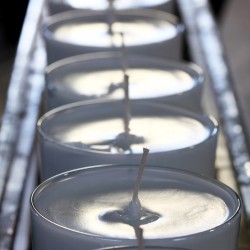 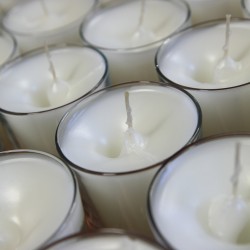 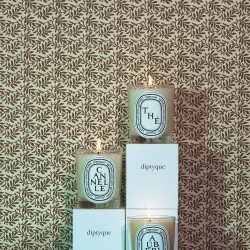