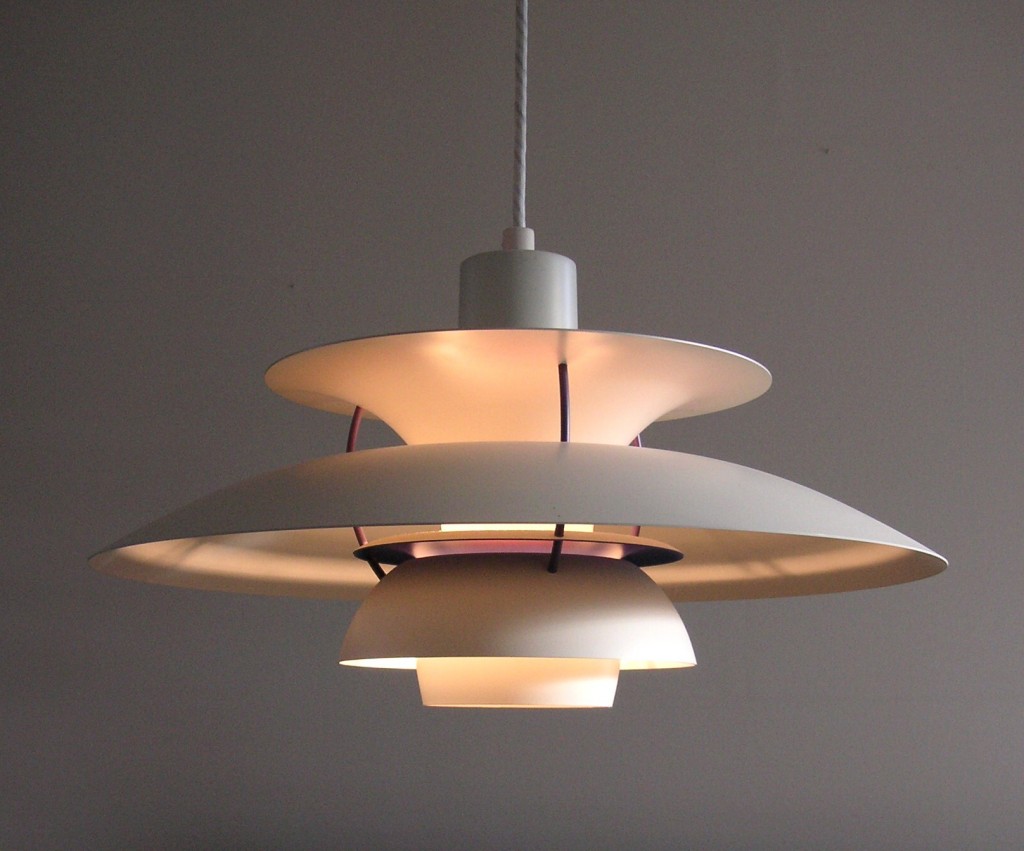 The invention of indirect lighting and its offshoots, Ásdís Ólafsdóttir

When Danish writer, architect and designer Poul Henningsen (1894-1967) designed his first lamps around 1924 the electric light bulb was in the process of crossing over from public to private lighting usage. Having been brought up in a house with oil lamps, Henningsen tried to replicate the soft lighting of his childhood. All his designs aimed to prevent the user from being dazzled by direct exposure to electric lighting and to facilitate the flow of light in specific directions. We should remember that back then modern lighting consisted of either glass balls that scattered light in all directions or ceiling or floor lights with visible light bulbs. In 1925, in collaboration with Danish publisher Louis Poulsen, he designed a lamp with three shades that was exhibited at the Decorative Arts Exhibition in Paris. This was the first PH lamp in a collection that would go on to include foot lamps and appliqués. The most famous lamp is without a doubt the PH5, a painted metal ceiling light with four convex and concave shades that came in a wide variety of colours.

A refugee in Sweden during WW2 due to his radical political views, Henningsen continued to expand his lamp designs upon his return to Denmark. The beautiful PH Artichaut in 1957 was a sophisticated twist on the first PH lamps, separating the copper shades and adding an organic dimension to its functional design.

Finnish architect and designer Alvar Aalto (1898-1976) was a friend of Poul Henningsen and knew his work well. His first modernist buildings in the Roaring Twenties were lit using PH lamps, as was his own apartment. During the Thirties Aalto designed his very own modern lighting which was produced by his company Artek. The best known of these was Cloche d’or which was exhibited at the International Exhibition in Paris in 1937. Just like his Danish colleague, Aalto was obsessed by the levels of comfort experienced by the user, but even more so by the warm ambience created by the light. His lights (for example Navet, Myrtille and Grenade à main) are usually more closed than Henningsen’s lights, providing targeted lighting solutions.  Aalto frequently used brass to coat the inside of the light or to create an openwork ring feature to create a warm light source.

The Fifties were the most productive design period for Aalto lamps.  A wide variety of his lamps were used in numerous public and private buildings, both indoors and outside. The light called Aile d’ange in 1955 featured layers of fine painted white metal strips to create soft, diffused lighting; ceiling light Ruche consisted of a painted metal and brass ball that filtered light upwards, downwards and sideways. Maison Louis Carré, built for the French gallery owner near Paris in 1959, featured plenty of special lighting effects, including dining room lights that were a variation of Cloche d’or that had a dramatic opening on one side to illuminate the art hanging on the walls of the villa.

Poul Henningsen and Alvar Aalto were both focused on comfort, softness, shadows and ambience. They influenced twentieth century lighting design in a major way and their designs continue to illuminate our homes… 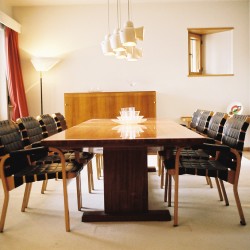