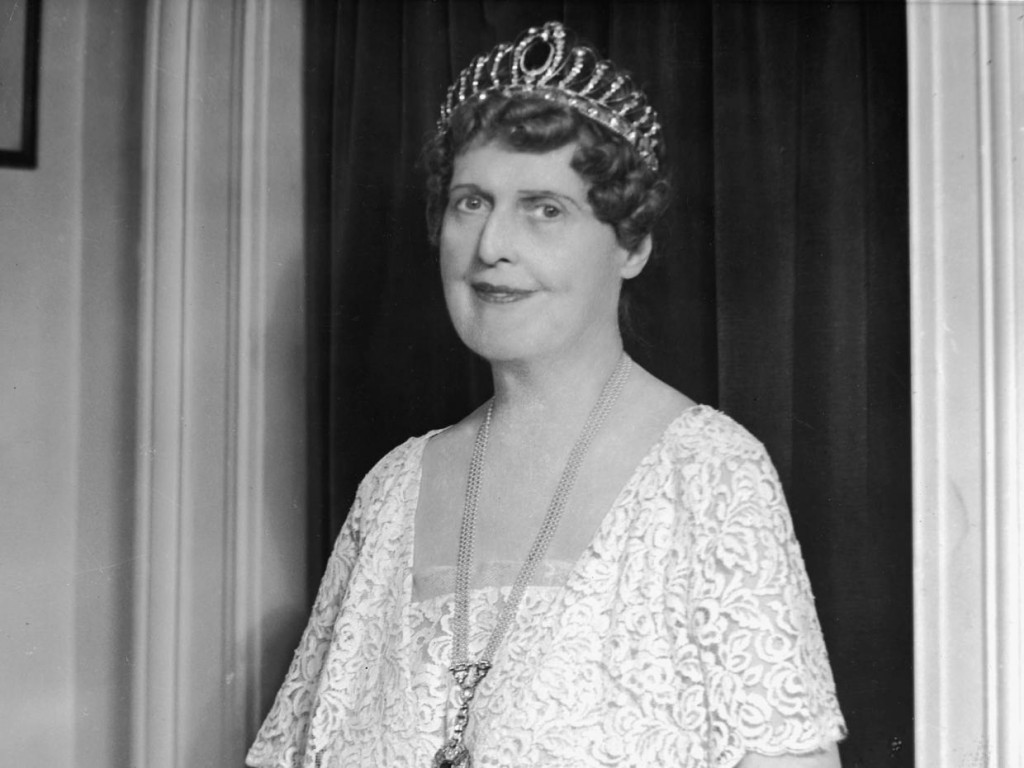 Was Florence Foster Jenkins (1868-1944) the inspiration behind Hergé’s Milanese songbird Bianca Castafiore? The latter made readers chuckle but Florence also made her audience fall about laughing – but not in a good way. Cinema immortalises her in the most moving way. And there’s a connection with diptyque’s past too…

Florence Foster Jenkins was an eccentric diva whose passionate love of music sadly made her unaware of unability. Voice, tempo, tone, diction – everything was a hot mess. Her childhood passion derailed, this heiress kick-started her singing career aged 44. She surrounded herself with an affectionate and interested entourage that concealed the terrible truth from her. Her husband managed to make her think she was wonderful. Her pianist made the best out of a bad situation. He then grew fond of this tone deaf prima donna. And then the trio became famous… And at the age of 76, the triumphant singer performed at Carnegie Hall to sincere hilarity and cheers. But critical reviews could no longer be held at bay, and the ‘terrible songstress’ got to hear about them. They took her life; she died a month later.

The biographical romance directed by Stephen Frears about Florence Foster Jenkins is a sensible and touching biopic. The facts are correct, but the feelings are speculation due to a lack of proof. Meryl Streep plays her in such a way that it is impossible not to like her, support her, or cry for her. Hugh Grant is perfectly cast as her husband, St. Clair Beyfield. Intimidated by his spouse and uncertain about his role, he did a lot of research into the character. He came to the conclusion that if the alliance between this man, a successful actor, and this woman, a singer with a voice with no future, was primarily a pact of the vanities, bearing and beauty versus fortune and people skills, until he would really come to love her in a very affectionate way. He played him as an impresario; a gentle guard dog with a tenderness that was unmarked by cynicism. Simon Helberg, in the role of  pianist Cosme MacMoon, plays along with his cronies and turns a blind eye to the dismal racket coming out of his crazy boss’s mouth. It seems as though the real Florence Foster Jenkins had been appreciated, certainly not for her art though and despite the reasons that made her think that she was a singing sensation. During her performance at Carnegie Hall the word had been given for clapping and enthusiastic whistling to cover up the unsmotherable guffaws that she was bound to generate. Frears’s film ends with a sequence showing how she imagined herself singing, passionately believing that she was one of the great voices of her time.

So there you go. The dingo diva also made a record. Several even. Not intended for the general public. But that’s what happened despite efforts by those close to her to shield her from ridicule. This misunderstanding resulted in her fame. Many years later, and not without a mischievous sense of irony, Desmond Knox-Leet (one of the three founders of diptyque) took a liking to the recording of Florence Foster Jenkins’s voice without a voice. It was rare, for the sake of the health of humanity. Desmond probably got a job lot – or perhaps he got them re-pressed? – but it is certain that he partnered up with Epi d’or, a decor store on the corner of Rue de Pontoise (the diptyque boutique is located at the corner of this street and boulevard Saint Germain) that was run by a friend, as this recording was sold there.

That was back in 1966. The Parisian press reported that « the funniest record of the year » was for sale at diptyque and at Epi d’or. An exclusive! All this leaves you speechless. 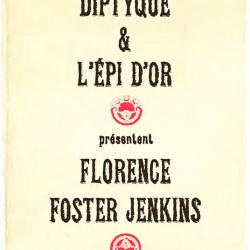 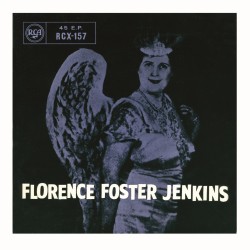 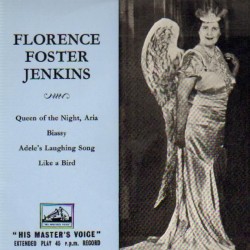