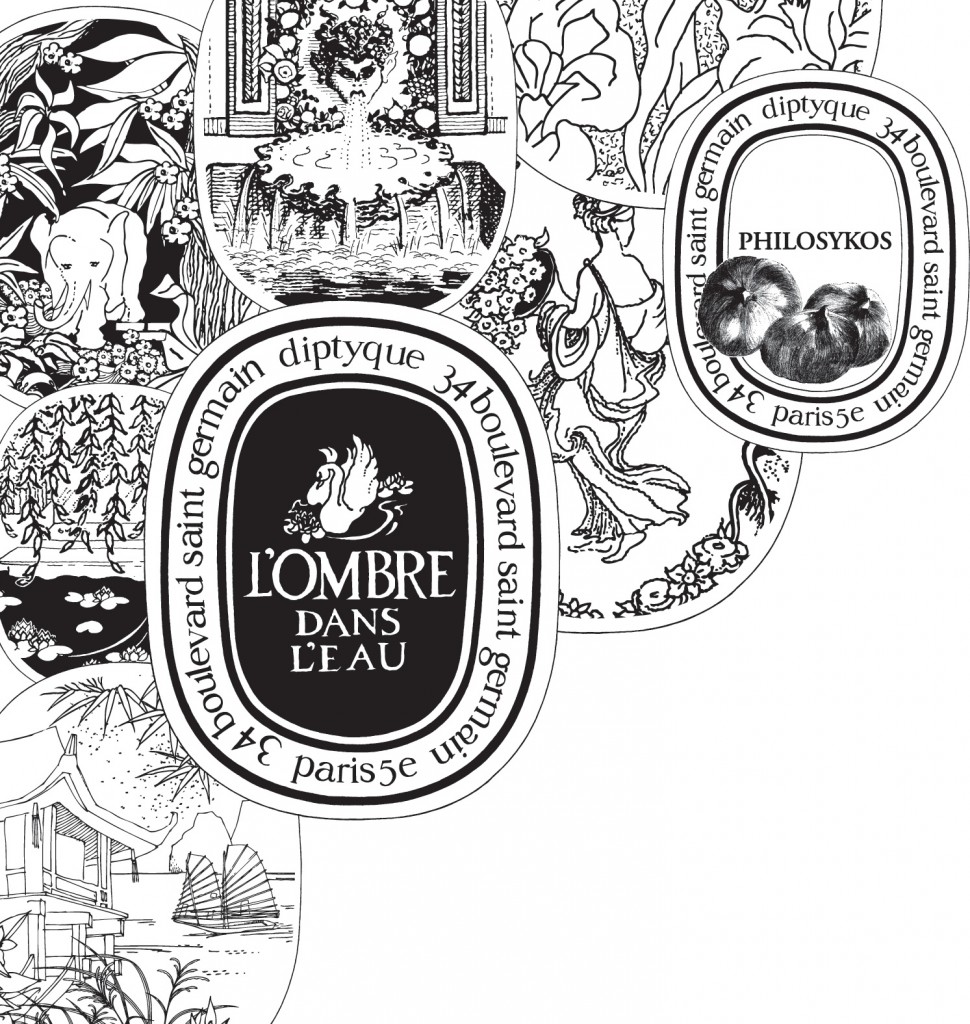 A special connection, yet a very simple one, ties in all diptyque eaux de toilette and perfumes. This bond sounds a little conventional and is like a game but at the same time has been in existence since 1968 with the creation of L’Eau.

Take Olène, L’Ombre dans l’Eau, Tam Dao, Do Son, Ofrésia, Philosykos, Volutes or Eau Mohéli, none of them escape this rule which isn’t formally written and although not a tactic agreement either, needs to be heard. It is of course a play with the ‘o’ and the word ‘eau’ – both sounding alike.

The first diptyque eau de toilette inspiration came from the fragrances of pomanders from earlier times – L’Eau. The sound ‘o’ formed by these three letters carries in its sound the fullness of the circle, the roundness of a drop, the fluidity and the exclamation of a pleasant surprise so this sound set a precedent. Since then it’s been like a game giving each eau de toilette or perfume created by the House, this little sign of recognition. This sound links them together just like a long dancing procession of perfumed drops.