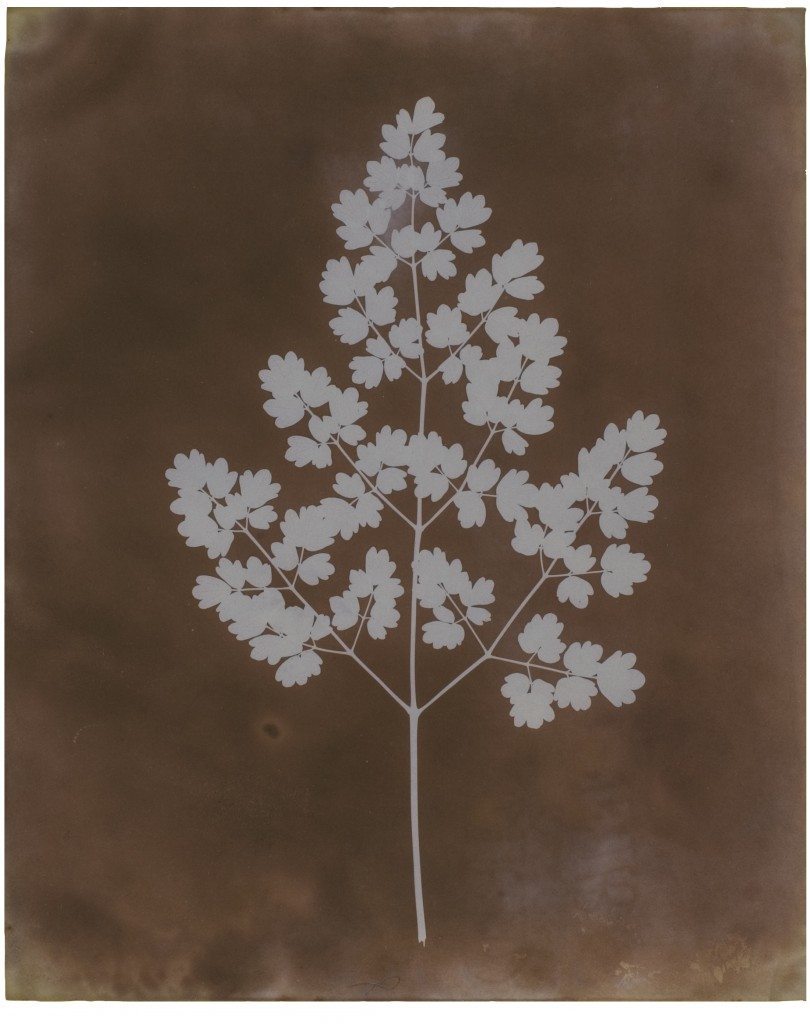 This image of a fern was an experiment by Englishman William Henry Fox Talbot. It probably dates back to 1839, the year in which he publically announced his invention of paper photography. But back then, this did not mean taking a snap using a camera in the sense that we understand it today. This was a photogram. Talbot took a small object with delicate contours like a piece of lace or a plant specimen and exposed it to light on a sheet of paper that had been bathed in a solution of salt and silver nitrate. When the object was removed after having been exposed to sunlight (a trial and error process to determine how long it should be exposed to best effect), a clear silhouette would emerge from the darkened background of the paper.

Talbot is the English inventor of photography, just as Niépce and Daguerre were the French inventors of the same. While Daguerre was working alongside Niépce and fine-tuning the daguerreotype process, Talbot, who didn’t have a clue about their research, was experimenting with photography on paper himself in his property at Lacock Abbey in Wiltshire. His early interest in botany, maths, travel and a meeting with the great scientist John Herschel in 1824 fuelled his passion for the physical and chemical sciences. His light bulb moment came in 1833 when on honeymoon at Lake Como. His idea was to chemically fix the images produced by the camera obscura used by artists at the time to create sketches from nature. He succeeded around mid 1830. It was the first time that an image had been created without human intervention, hence the word photogenic drawings followed by the expression photography, a word created from two Greek words meaning « written with light ».

The story goes that these delicate little silhouettes that look like herbarium plants or sketches by naturalists became the first manifestations of the invention – and great revolution – of photography.

Sylvie Aubenas, photography historian, is Director of the Engravings and Photography Department of the Bibliothèque Nationale de France.