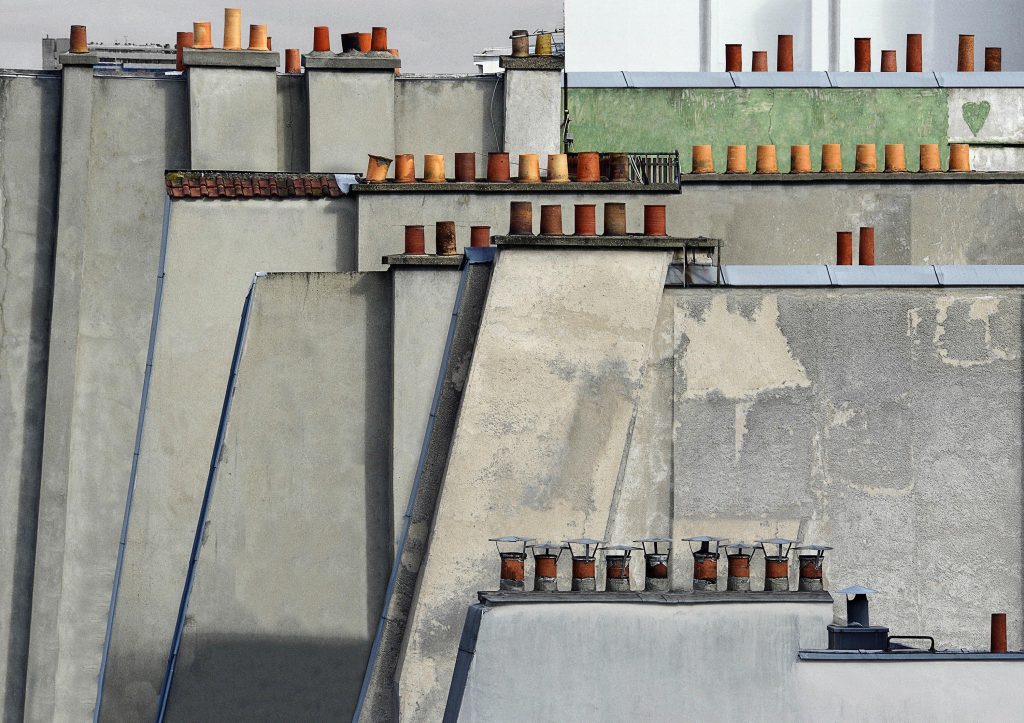 Michael Wolf is a photographer. He stands out from the crowd by his choice of subject matter – city life. From skyscrapers to the homeless, the density of city life to the transitory, from huge buildings to portraits, he photographs the immobile swarm of a building and the proliferation of indifferent interferences in a city.

Michael Wolf was born in Munich, raised in Canada, studied at Berkeley and splits his time between Hong Kong and Paris. Among other subjects, his photographs of city life have focused on Hong Kong, Tokyo, Chicago and Paris. As a photographer for Stern magazine in Hong Kong for 8 years, he has devoted himself to photography since 2001. By exploring the cities using Google map and by selecting frames or portraits within available photos, his work also includes a reflective side to photos during a time when images are omnipresent and subsequently speaks about where the photographer positions himself.

His piece of work entitled Street Views partly focused on Paris, with a selection of pictures cropped from screenshots of Google Earth images. But Michael Wolf wanted to photograph Paris again. This city had been photographed to death already, so how could he find a new way of looking at it? The shadows cast by trees on the sides of buildings was an initial approach. The solution came as he looked up. The roof tops. These Parisian facades with their distinctive zinc detailing going back to the great works undertaken by prefect of the Seine, Georges Eugènes Haussmann, under the Second Empire in the second half of the XIXth century.

Wolf’s idea was not that new however, a painting by Gustave Caillebotte  called « Rooftops in the snow » (Orsay Museum) painted around 1878-1879 made the subject popular for artists and since then photographs of Paname (slang for Paris) have been too numerous to count.

But the city connoisseur that this photographer is manages to surprise and delight. The angles of his shots focus only on the roofs, regardless of structures, buildings or streets as if he had photographed the buildings without taking into account the street or the sky just to emphasize formal artifice as an abstract construction.

Small red chimney pots, flat areas of cement, zinc roofing, walls and ridges fill the field of vision, occasionally with the odd slate or pigeon and some interiors via a window or a human being, worker or inhabitant. And it is a Paris that is both new yet inevitably recognisable that can be seen across the rooftops, in a repetition of shades of grey, beige, white and red that the photographer captures expertly.

And the many chimney ducts in the series of photos called « Paris roof tops » by Michael Wolf remind us of Raymond Queneau’s words (quoted by Georges Perec in Espèces d’espaces) : “The rooftops of Paris, lying on their backs, their little paws in the air.” 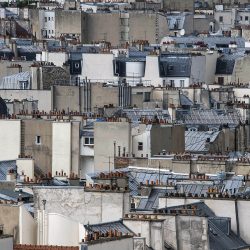 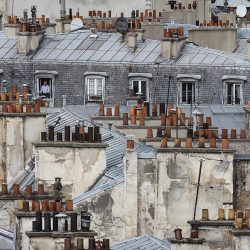 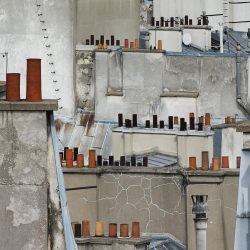 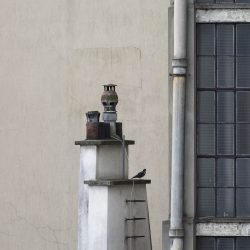 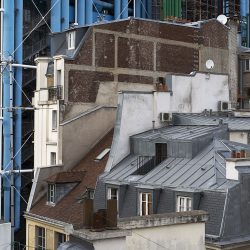 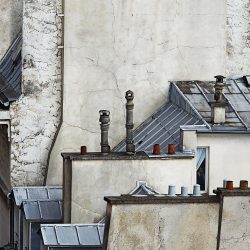 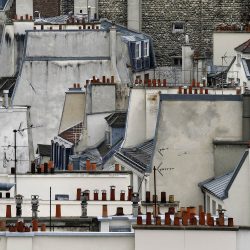