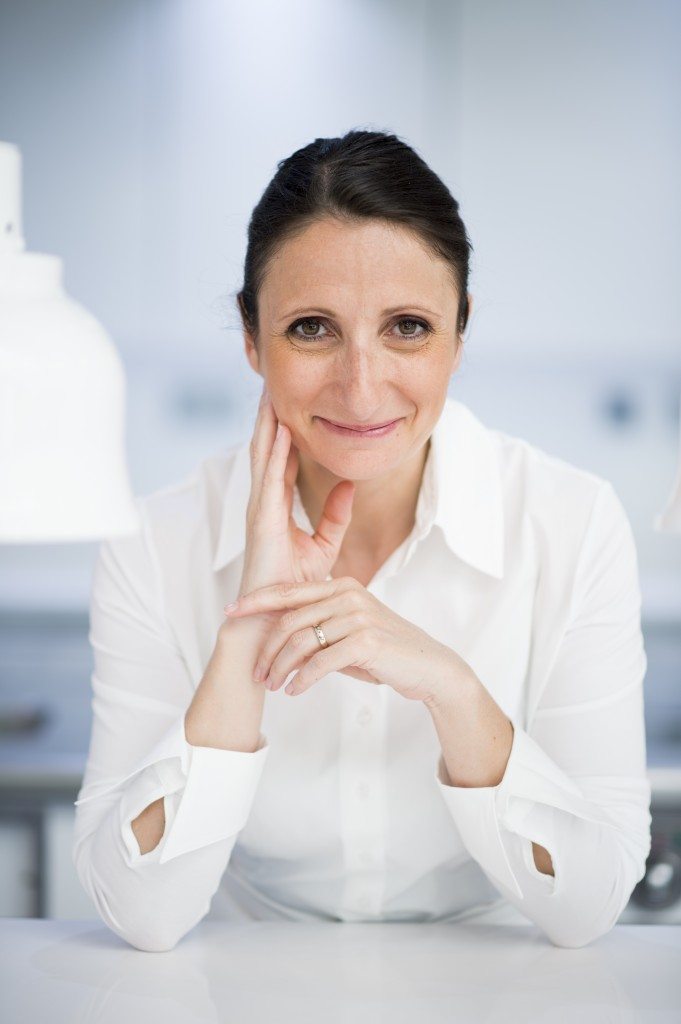 CONNECTIONS BETWEEN FOOD AND FRAGRANCE by Anne-Sophie Pic.

Having a meal in a restaurant is a multi-sensorial experience. The construction of the dish on the plate, the smell, texture, aroma, temperature, savours and flavours all play a part in the appreciation of the meal. Where would our taste buds be without being able to touch food, remember it, enjoy it and most of all, smell it? Taste and smell are closely linked because the latter plays a key role in the enjoyment of food in the mouth. It is one of the most developed senses, stimulating memories and feelings. For me, it is definitely the sense that summons up the most emotions. For Proust too, it seems!

I have, therefore, always been really interested in the world of perfume because of its evocative power. I remember when I was little the smells wafting from my dad’s cooking and how they marked the seasons. This olfactive memory helped me when the time came to create a highly intuitive cuisine built around flavour associations.

The thing I also love about perfume is that it reveals its scent slowly.
Traditionally, a perfume is defined by its fragrance notes. The most volatile top notes are the first to appear and create the first impression. After that, the heart notes prolong the freshness of the top notes and herald the warmth of the base notes, the latter being the ones that last the longest.

In my kitchen, flavours, spices, condiments and aromatic plants play the same role as these notes…The enjoyment of food should not be a linear exercise. Each ingredient engages with another, enhancing its aromatic power or prolonging the experience in the mouth, either by playing on similarities or by being in sharp contrast to it.

I strongly believe in different creative universes coming into contact and enhancing each other. The work of perfumer and chef are similar in that one assembles fragrance notes and the other assembles flavours. My discovery of the world of perfume and personal meetings with perfume noses has helped me to add greater complexity to my flavour associations.