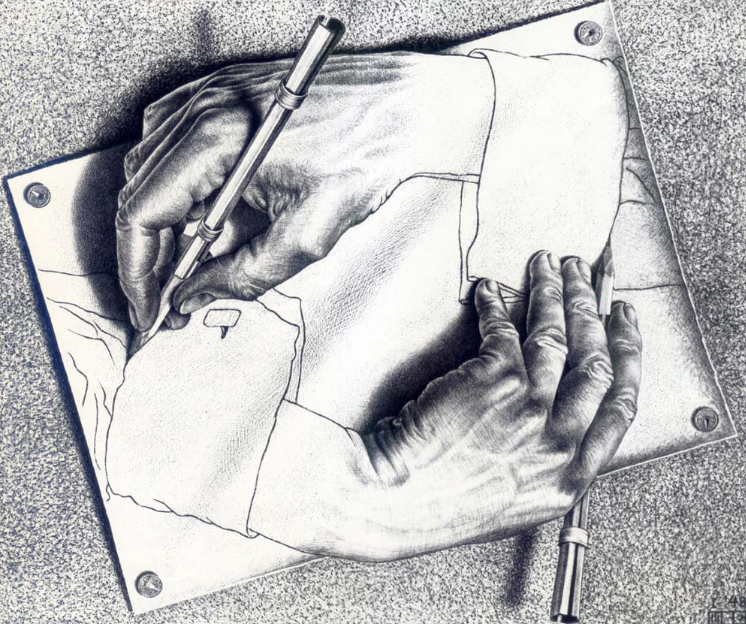 The Accademia del disegno (the Academy of drawing arts), by Pascal Bonafoux

In his essay entitled Degas, Danse, Dessin, Paul Valery wrote: « Drawing may well be the most obsessive temptation of the mind. » How could the poet not have been influenced by Degas who relayed what Ingres had told him: « Create lines… Many lines, whether from memory or from nature. » Far from the first such instruction, as we shall see…

Painters throughout the centuries have understood the need for drawing. No surprise then that the first academy founded in Europe on the 13th January 1563 by par Cosimo de Medici under the influence of Giorgio Vasari was called the Academy and Company of Drawing Arts. In the first chapter of the Vasari’s book Vite (The Lives of the Best Painters, Sculptors and Architects) the author provided this definition of the matter in hand: « Proceeding from the intellect, drawing, the father of our three arts – architecture, sculpture and painting -, turns multiple elements into a global concept. The latter is like the form or concept of all things in nature, all original in its measurements. Whether the human body or animals, plants or buildings, sculpture or painting, you can understand the relationship between the whole and its different parts; the parts with each other and in relationship to the whole. »

A little more than a century later, at a conference entitled Sentiment on the discourse on the merit of colour on the 9th January 1672 to peers and members of the Royal Academy of Painting and Sculpture initiated by Louis XIV in 1648 and reformed in 1665, Charles Le Brun’s words seemed to echo those uttered by Vasari. He said that « drawing imitates everything real, whereas colour only represents the accidental ». The conclusion must therefore be: « that colour depends entirely on matter, therefore it is less noble than drawing, which depends only on the mind. »

« Design »… A modern dictionary cites some of the meanings of this word: purpose, desire, intention, project, resolution, aim, will, sight. But as centuries have passed by, the fact that the word design has given way to drawing makes no difference. Drawing remains design.

Drawing is even more important because it is at the origin of a piece of work. Raymond Mason is sure of that « Drawing is the point of contact. It is also the thought and later the project ». Artist Fernando Botero agrees: « Drawing is initially what we call “the first thought”. A note, a draft… » It’s got to be done. A fact that Picasso also asserts « When it comes to drawing, nothing can match the first sketch », the « first draft » can only be what it is as a result of relentless, rigorous discipline. On the 1st November 1880, Vincent Van Gogh wrote the following in a letter to his brother Theo: « Drawing is such a tough struggle. »

The same exigency is repeated century after century. Vasari is unbending: « Hear this; I must insist that lengthy practice over many years is the very essence of drawing and shapes the best masters. » And Soulages affirms this 500 years later: « What I must say is that, whether we are talking about sculpture or painting, the only thing that matters is the drawing process. The artist must depend on it, uniquely and exclusively. If we dominated the art of drawing, everything else would be possible. » Back in the XIXth century, Ingres said: « If I had to put a sign above my door it would say: School of Drawing and I’m sure I would produce painters galore. » And Matisse added: « We really need to know how to draw then it is possible to draw anything, plants, furniture or the Virgin Mary; the main thing is to feel it, if you already have a ‘script’ it can be applied to everything. » Balthus went on to say: « When you draw you are at the heart of the world and the more you draw, the deeper you penetrate what is. »

All these comments whenever they were uttered prove that drawing has continued to be a drive, an ambition. To such an extent that we could question whether drawing might even be, quite simply, destiny?