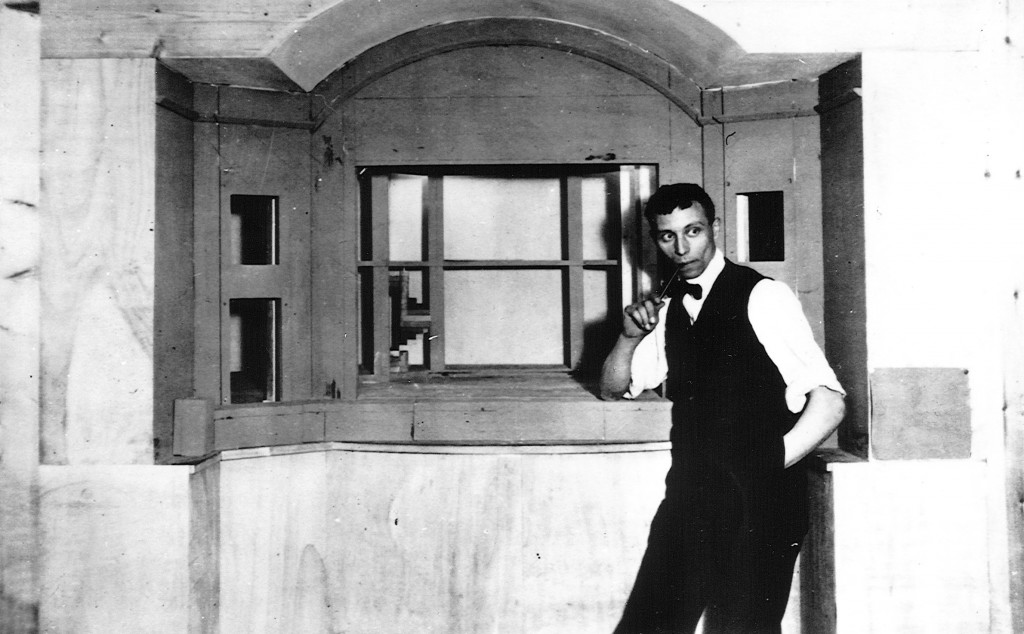 “Happy times when the quinquets (gas lamps) were in use!” This exclamation is by Louis Jouvet* (1887-1951) and comes from an article he wrote about the theater stages’ lighting published in 1937. With style, humour and accuracy and not without irony, the artist speaks about the evolution of stage lighting which lost the magic but gained illumination. He mentions the bewitching of the candles and remembers the poetry of the quinquets caressing the enchanting banks of lamps which enabled all kinds of transfigurations:

“Wonderful sceneries made of cut out and built frames laid out in prominent triangles from the total darkness from the back of the stage and where perspectives appear fantastic and brilliant with the forceful presence of art, splendid or grimy outfits, splendor coming from the thickness of the velvets and their sparkles and sequins! Magical transformation of sleeve protectors, cardboard and straws turned into precious materials! The magnificent make-up of the actors who only needed a bit of traditional whiting, a bit of vermilion, a bit of sky blue, a few burnt matches and whose faces would suddenly look like embossed aqua fortis (metal engravings) with such intense life under the poor light.Blissful times of shadow when any torch with resin could make real nuptials, conspiracy or Royalty depending on the interpretation. When the obstructed lantern was really covered, when torches lit as torches, when the smallest lamp or little night-light played a human and sensitive part, when a cloud of powdered lycopodium blown into a clay pipe could make appear, only with a candle, the flash of a thunderbolt.”

Such words both seduce and astonish, knowing how much the actor was so interested in any new technological developments. Let’s not forget that he was a comedian, stage director, set designer and the inventor of a stage lamp which he’d given his name to! The paradox is worth it probably because despite all of the novelties, the art of theater remained to him that of the elusive, the spiritual and the mysterious, where the chiaroscuro (clarity vs obscurity) is the most effective way to enchantment.

*Louis Jouvet was both a theater and a movie actor, a stage director, a theater manager, a professor at the Conservatoire national supérieur d’art dramatique, and was an influential and a major figure in the art of plays of his time.