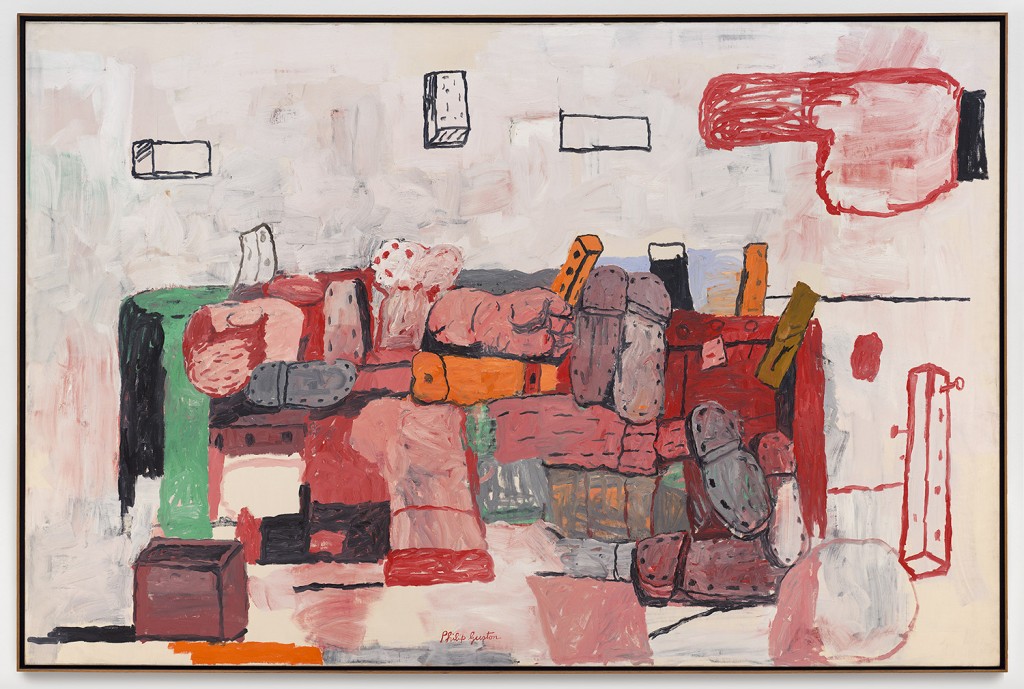 An abstract expressionist painter who turned to a form of figuration during the 60s, Philip Guston creates Evidence in 1970 to complete this transitional period. The dark, fun-filled, crude shapes taken from the sphere of comic strips shocked his contemporaries. Did they deem him vulgar or coarse? Exactly what he claimed to be. It is actually their world that he showed through his work, with the piling up of used shoes, the flying bricks, the hand (his?) with its index finger pointing at something undefined and disturbing, and the bodies lying on the ground. Having their roots in the popular culture of the day, these speak of the artist from his workshop to the outside world: “I keep smashing any attempt to paint images or to think about art. If someone bursts into laughter in front of my painting, it is exactly what I wish and all I’m expecting.”