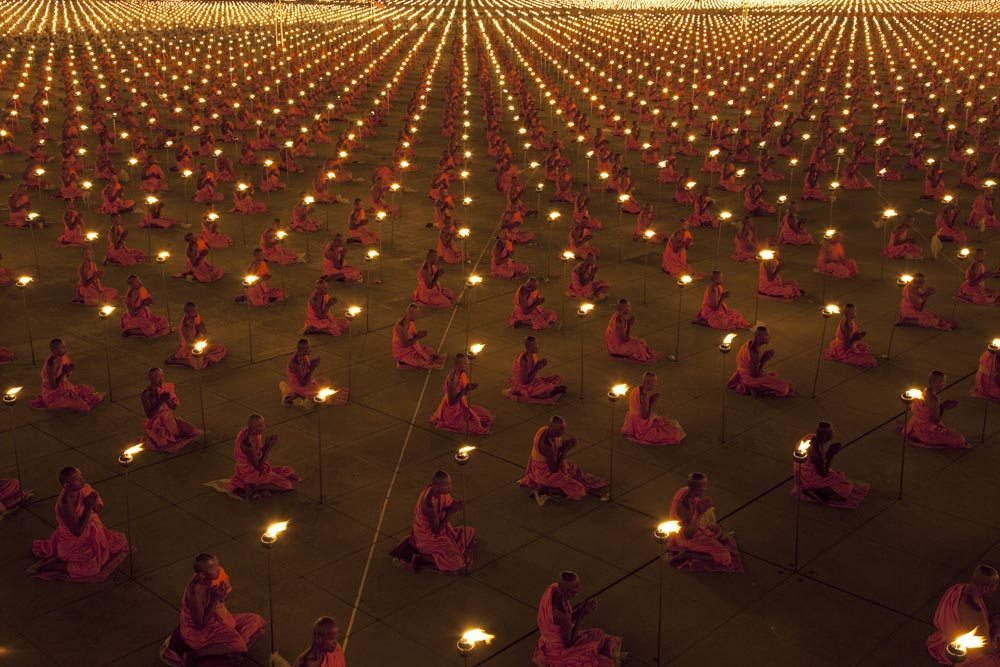 Flame is enthralling. It soothes us. While it increases one’s attentiveness, it makes duration perceptible. The instant expends itself: doesn’t it seem that the flame is lightning time? As far back as known, the flame was associated to life itself, celebrating anniversaries as well as many rituals. Most of the spiritual celebrations have called the quiet and dancing stillness of the flame for their ceremonies. Even beyond any kind of belief, lighting a candle remains solemn. Here is a little saga for the holidays, with various evocations associated to the candle. Today, the candle as a spiritual metaphor:

A candle will often personify a human life, a virtue or a universal ideal.
Some tales convey such a universal meaning that many traditions claim to be their author. This one probably originates from a Lutheran tradition, maybe from Norway, but it could be Saharan as well…
A candle was sighing: “My name is Peace. I am sparkling as clearly as I can, but humans do not seem to want any of my light, for they do not want peace.” Its flame shrank and died.
A second candle then said: “My name is Faith but I have become unnecessary. humans do not seem to want to know God, my flame has become meaningless.” These were the last words of this flame.
Quite saddened, the third candle said softly: “My name is love, and I have no more energy to keep burning, humans pay too little attention to me, they mostly see their own interests instead of those they should love” before extinguishing.
Then a little child came in the room, obviously moved to tears: “But you should all be burning!”
A voice than gently raised: “Do not be afraid, as long as I stay lit, we can reawaken them all, my name is Hope.” The child took the candle of Hope and lit again the flames of Peace, Faith and Love.

From the other side of the world, another metaphor that is attributed to Buddha answers this tale: “One can light numerous candles out of only one without shortening its life. Happiness does not dwindle when shared.”