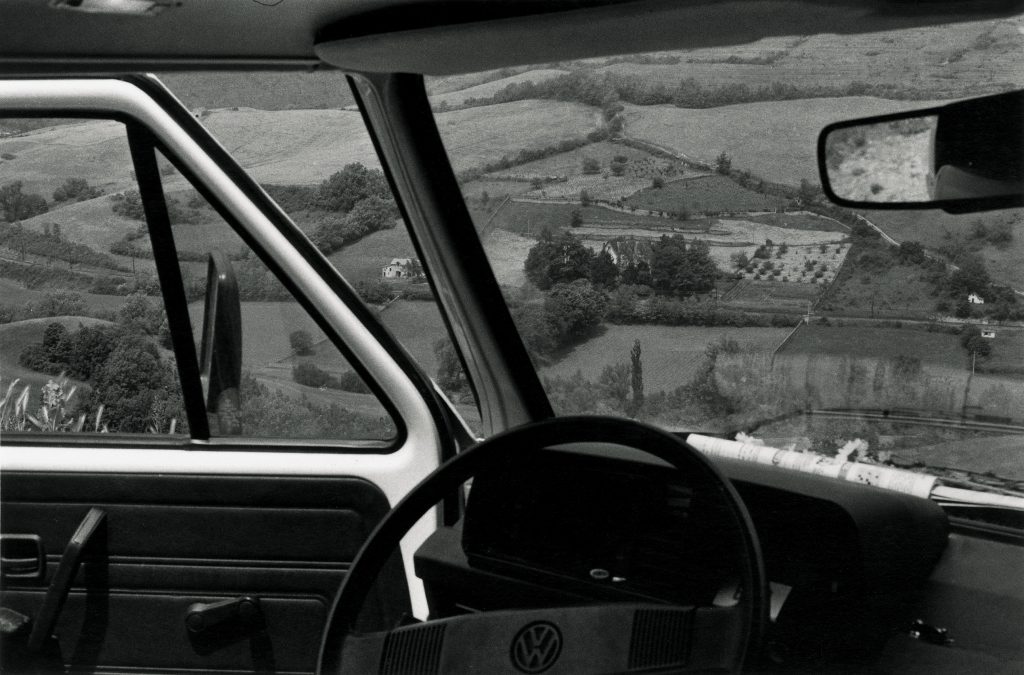 Cars, a means of transportation, with their cosy interiors, engines, four wheels and steering wheels, mysterious mechanics, industry, cost effective models and infrastructures have smashed our old way of life into next week and changed humanity. Found everywhere you look, the current model has, in the end, broken down.

In 1900, Filipo Tommaso Marinetti’s Manifesto of Futurism got the future off to a flying start with: « A roaring car which looks like it’s running on a hail of bullets and is more beautiful than the Victory of Samothrace ». Locomotion, consumption, ideological symbolism and identity, advertising lectures, the car became the cornerstone of – or rather the flying arrow to – a world of noise and speed, individual freedom, transport and adventure, mass consumption and everything that signifies economic and social progress. Kilometres are gobbled up without a problem and a layer of tarmac covers the planet. But, with the pedal to the metal, yesterday’s set of wheels is driving at breakneck speed into a wall. The car has got older and wiser and there are road blocks popping up on the horizon: it will keep its body, engine, four wheels and steering wheel but will no longer be the same. Especially when it comes to who’s at the wheel. That’s for sure!

At the end of the Sixties, Jean Baudrillard wrote a critique of the role of the car in our consumption system (the latter included the domestic sphere and our modern houses with their comfort-orientated gadgets) saying that it added a « dimension of power, a transcendence that was lacking » (The System of Objects): it is like a house that doesn’t stay put, combining mobility with the intimacy of a home and bringing conflicting features together. Now « travelling is a necessity and speed is pleasure » (ibid.) A car provides five levels of meaning behind its use which overlap each other: status (social integration, access to work, indication of wealth, identity factor), freedom (independence, effortless escape, investment in time and space depending on how you feel), mobility (exhilarating displacement dynamic, the feeling of privacy in a public space), domination of space (the ability to go anywhere you like and far away in powerful, high, off-road vehicles) and finally speed which gathers all the previous factors together under the umbrella of power and competitiveness. At the same time Roland Barthes used the phrase « bestiary of power » regarding the mythology of cars (DS Mythologies). « Over 100 kms/hr, there is an assumption of eternity » wrote Jean Baudrillard (ibid.), followed by French urbanist Paul Virilio: « Speed is non-sanctioned violence, roads are strategic places for confrontation ». The car has always been a formidable tool of symbolic virility, a ‘man thing’, a place for libidinal impulses as soon as you step on the gas. And let’s not mention women behind the wheel.

The car has allowed its most impetuous drivers to rip up the landscape by relinquishing our relationship of exteriority with the world: to enter the landscape is to be at one with it. Nowadays there is no need for lethal fusion to realise that the outdoors ultimately evokes the car: pollution and public health, urban congestion, traffic jams, taking ages to park, the general racket made by drivers, manufacturing costs, recycling, relocation of products, future scarcity of fossil fuels: a long list of issues that will, sooner or later, result in « mechanical euphoria » (J. Baudrillard) when it comes to this metal shell on wheels. The car industry, with its global economic model, is so powerful and passive that change promises to be long and painful.

Electronics that reduce the chances of getting your hands dirty; intelligent driving systems that limit the decision-making autonomy of the driver, even heralding the demise of the latter by making him or her a passenger in their own car; control tools to cut the speed and freedom of driving – the changing shape of the car means that it is becoming a shadow of its former self: it talks, guides, brakes and fails to obey the hand on the steering wheel…
And who would have thought that François Isaac de Rivaz (1752-1828), the inventor of the internal combustion engine and knockout winner in electric motor inventor Thomas Davenport’s (1802-1851) history of automobiles, would see him rising from the ashes of the last drop of petrol to be electrocuted once and for all?

The symbolism of transgressive freedom and the all pervasive male power of the car have crashed at full speed. For it is now only a question of pausing for breath and returning to the feminine: protecting Nature and mother Earth – left languishing far too long on the kerb. 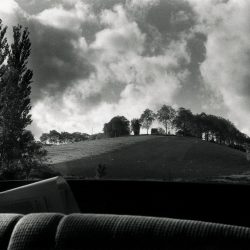 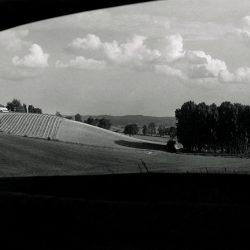 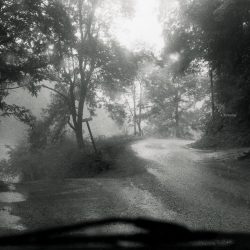