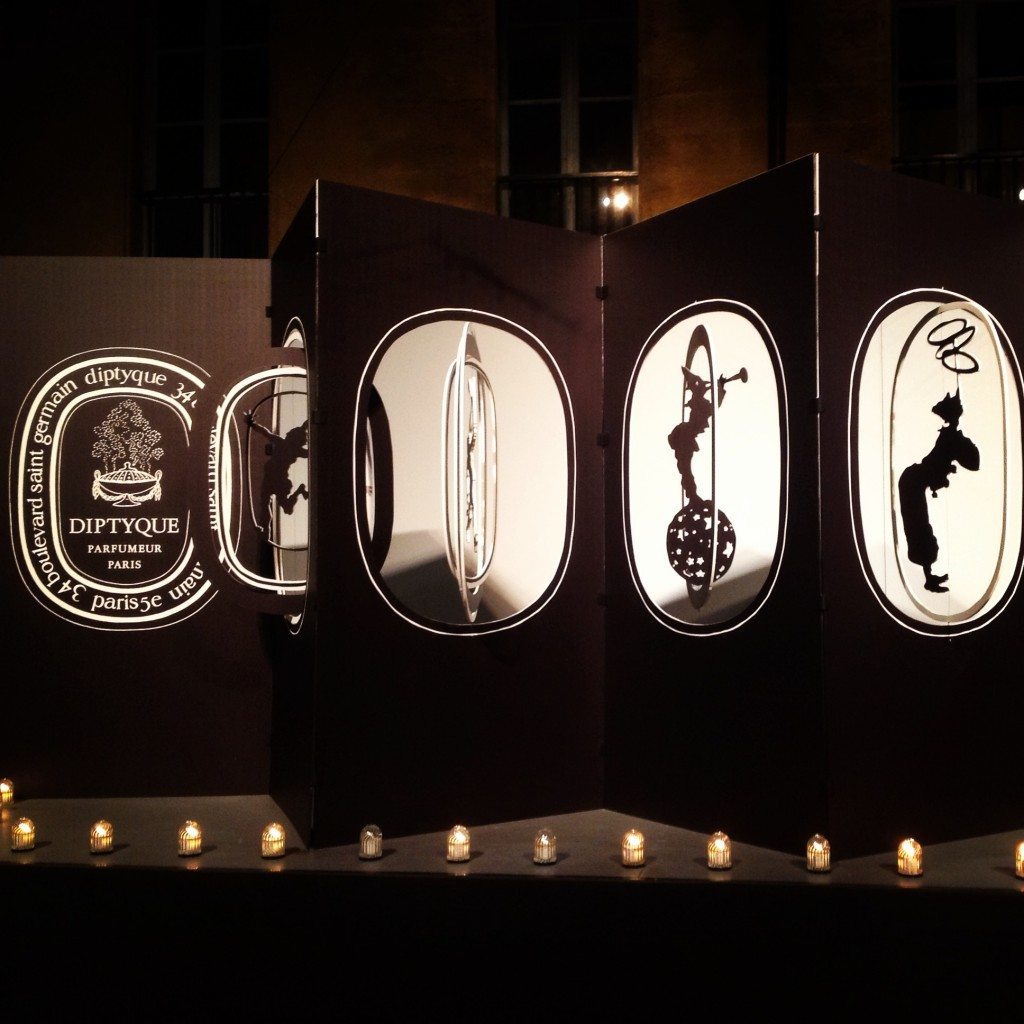 diptyque has been an official sponsor of the Aix-en-Provence International Festival of Lyric Art since 2011 and in the following year this successful partnership turned into a more light-hearted pleasurable event with diptyque suggesting an ephemeral staging for the opening ceremony.

Each year one opera of the Aix-en-Provence Festival is on a special evening where sponsors, benefactors, supporters and celebrities are all invited and for the last three years diptyque has set up an appealing scenography echoing the opera played on these evenings.

These operas were Mozart’s Marriage of Figaro in 2012, then Verdi’s Rigoletto in 2013. Last year the evening opening ceremony opera The Magic Flute (Mozart again) was of social struggles. The atmosphere was electric and the stage was sparsely set the harmonious vocal chords having no equal.

This year for the long expected re-creation of Robert Carsen’s scenography for Benjamin Britten’s opera Midsummer Night’s Dream based on William Shakespeare’s comedy, diptyque was asked to set up a stage which would be there until the end of the Festival – although the word stage must be used in a very humble way when connected to such names as Carsen. It will take place in the Jardin Campra behind the Aix-en-Provence archdiocese.

The history of diptyque starting with its founders, has always taken its inspiration from travels, memories, feelings, wherever and whenever art and noble craftsmanship are involved. This association with the Aix-en-Provence International Festival of Lyric Art honors the tastefulness of the House in its celebration of cultural heritages, be it classical or contemporary, through artistic creation. 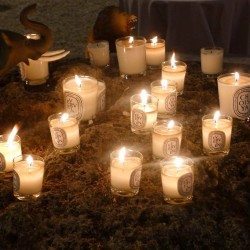