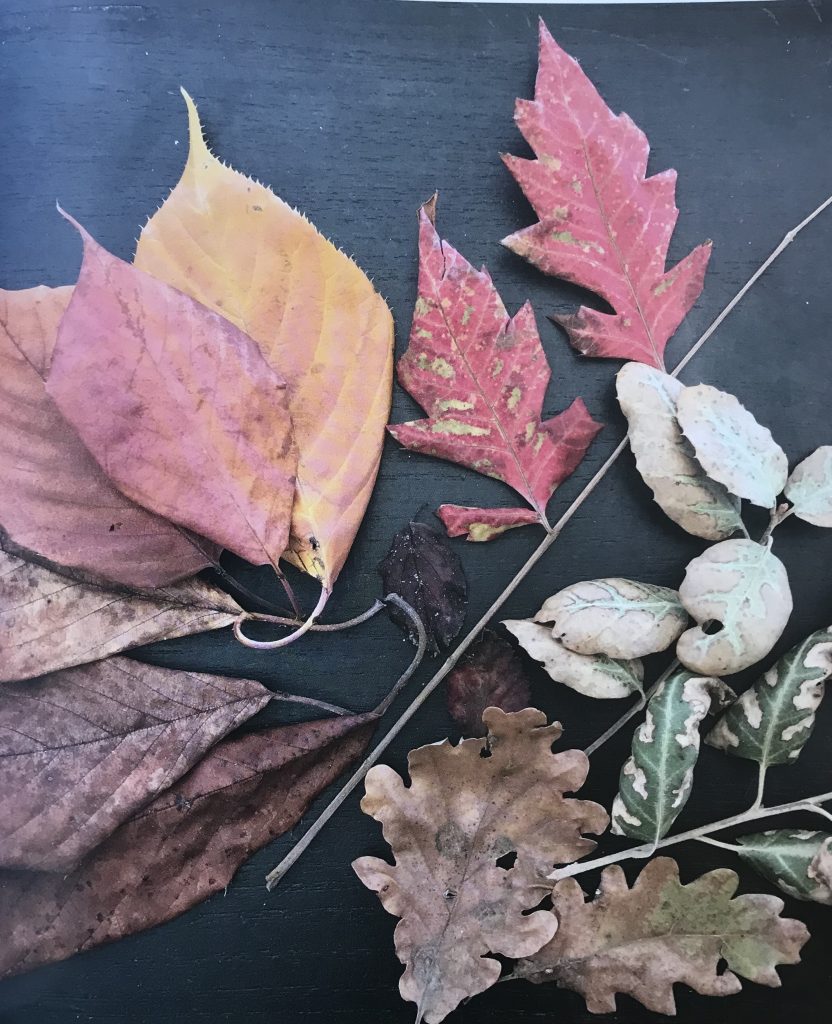 As always, words can say a lot without saying a thing. The respective etymology of the word colour in Japanese and French highlight two different world visions. Is the same world being perceived when using these two words?

At first there was no colour. Colour does not have any intrinsic physicality. It is a phenomenon of optical perception resulting from light being transmitted to the brain via neural transmittors. The perceived light spectrum is constant and it is actually the words that split it into chromatic fields – colours and all their nuances. Hard for the eye to do, so language steps in. So would it not be appropriate to say that a colour is also recognised because, for all cultured beings, it does not exist without identification and designation?

In the catalogue for the « Experience of colour » exhibition at the National Museum of Ceramics in Sèvres (13/10/2017 – 2/04/2018), Sumiko Oé-Gottini presented a visual colour filter in the Japanese language in comparison to its Indo-European origins that has had an impact on the semantic tone of the word colour in a variety of languages including French, English, German, Greek, Celtic, Norse and modern day Icelandic. A consultant at Kujoyama villa in Kyoto, Sumiko Oé-Gottini refers to the work of Annie Mollard-Desfour, a linguist and semiologist at CNRS (who wrote two articles for memento: Space: obscure clarity; Say rose).
An amazing paradox, the word colour derives from the Latin celare which means to hide or conceal (keep quiet, keep secret). This suggests that colour is a chromatic blanket that covers the surface of things, making them visible yet obscuring the reality that is separate to our perception.

The situation is totally different in the Land of the Rising Sun. The Kanji ideogram (of Chinese origin) is phonetised as Iro and corresponds to the word colour in Japanese. It designates a human being who ‘straddles’ another to be at one with the latter. The word colour separates as much as the ideogram iro unites. The colour of Japanese language is coupling. Therefore there is some flirting with Eros in the expression « Kô-Choku » which literally means loving colour and symbolically « being fond of something » writes Sumiko Oé-Gottini, and the seasoned seducer is the « Iro-otoko », a « colourful man. »

The ideogramic etymology of Iro established by Shizu Shirakawa indicates that this word refers to this stimulus which is as much a physiological sensation as it is an aesthetic perception and describes the desire for a human being by appreciating the individual’s aesthetic or moral qualities. This sensitivity was shaped in the art of the Heian era (VIIIth-XIIth century) and then during the Edo (XVIIth-XIXth century).
The great testimony of the former is the Tale of Genji, written by Murasaki Shikibu and regarded as a key work in the aesthetic heritage of humanity. Iro is not restricted by a single vision, it is a deep colour of reality that invites all the senses and makes them converge as one shade. The colour becomes one with relish. It reveals a deep emotion, shimmering with nuances. Therefore this sensory confluence clarifies in a sense that traditional arts (the Japanese tea ceremony for example) do not separate the spectator from art but are a work of presence and acute consciousness,  the upshot displaying an infinity of aesthetic correspondences that are both sensorial and meaningful in nature.
The Edo era, during which the harshness of the prevailing shogunate contrasted with the prosperous bourgeoisie and their voracious pursuit of pleasure, has also enriched an appreciation of colour. The refinement of censored art – especially represented by the « ukiyo-e » movement, the picture of a floating world undulating with chromatic profusion, had led the regime to ban certain colours such as red and purple for financial reasons too, as their rare pigments cost a fortune. Restriction is always a godsend for invention. So artists, aesthetes and connoisseurs in the city of Edo created new terminological nuances to describe chromatic nuances within neutral (and perfectly above-board) tones like brown and grey. The refinement became even more robust…

Over a thousand years and more, Japanese culture has honed a chromatic sensitivity to infinite gradations. Its supremely subtle and symbolic terminology predisposed the senses to minute…but perceptible distinctions.  Because, refering to the musings of the most French of all universal philosophers, « resemblance does not so much make one as difference makes another  » (Michel de Montaigne). This is why « translating colour is also thinking about it in another way, in different language and cultures, in time and in space. » (Annie Mollard-Desfour)

Nota Bene : we are greatly indebted to the afore-mentioned article by Sumiko Oé-Gottini.