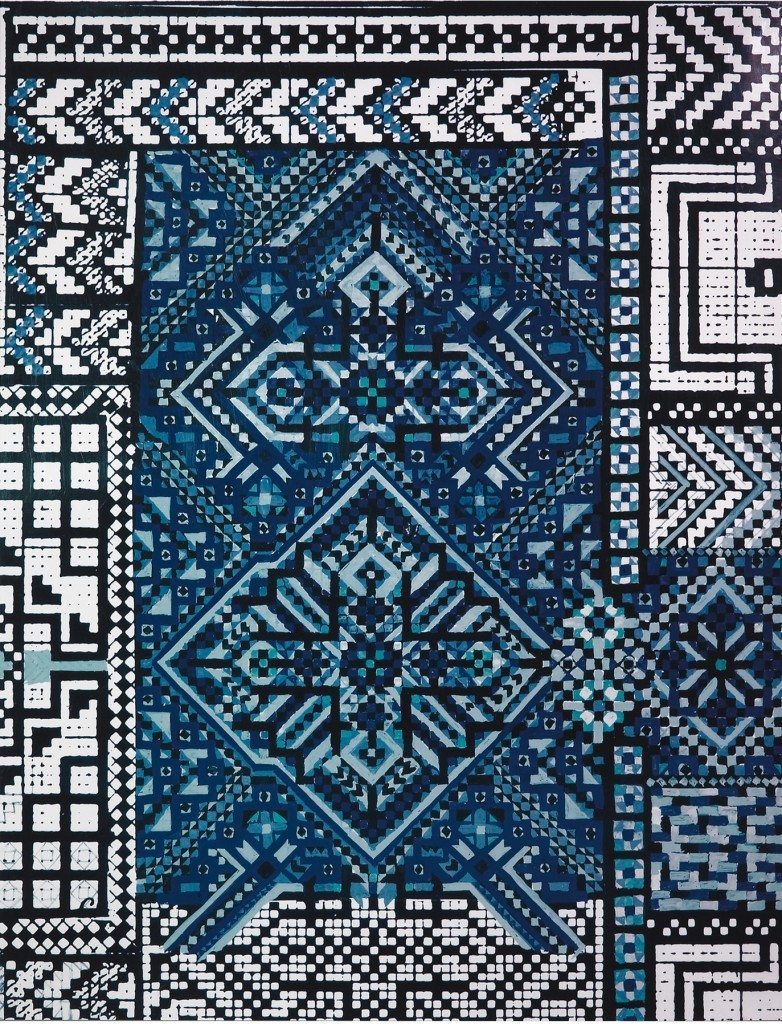 It’s the inherent geometry of a zelij pattern that allows and rules its unlimited identical replication in all directions and for that reason, this ornamental traditional technique originating from Maghreb will wonderfully symbolize the molecular formations which make up the invisible base of a perfume.

Coming from the Roman and Byzantine mosaics of ancient past, zelij is a reinvention by the Arabs using bezel pieces of colored faience (earthenware) making elaborate patterns while creating a combination of tones. As representations of human beings, sometimes even animals, is not allowed in traditional Islam, this kind of pattern spread throughout the whole region just like ornamental blooming covering walls of palaces, gravestones, fountains, patios and hammams as well as mosques. Zelij is a traditional art that was born in Morocco towards the 10th century enriched by the Almoravids who came from the desert, the Almohads from the High-Atlas and later the Marinids from the nomadic Berbers – zelij are awe-inspiring.

Graduated from the Ecole des Arts Décoratifs de la rue d’Ulm (School of Applied Arts of Paris) and late founder of diptyque with her friends Desmond Knox-Leet and Yves Coueslant, Christiane Montadre-Gautrot was gifted – what she imagined she could make by hand. As a child she created hats, dolls, clothes, then mannequins and tapestries one of which was displayed at the decorative art show at the Grand-Palais. For diptyque, together with Desmond, she would not only create fabric patterns but also jewellery and various other items made just by her. She loved the many features of raw materials and colors finding a way to combine them. Passionate about architecture and history she was once commissioned to restore the front of a Parisian building to its original polychromy.

It’s no wonder that zelij was one of Christiane Montadre-Gautrot’s passions. In Morocco some dignitaries asked her to design massive zelij decorative panels or varnished mosaics of baked earth for their houses. Together with architect Michel Pinseau, whom she’d had a beneficial partnership with, she created the decoration for the Moroccan pavilion at the 1992 World Exposition in Seville, then several of the zelij patterns and tones of the great Hassan II mosque in Casablanca. Having studied the traditional art of zelij for a long time, her talented contribution was to integrate new types of forms and color combinations inspired by her taste for modern art.

Zelij is in harmony with the eau de parfum Oud Palao for its beauty as well as for its compatibility with diptyque’s history. The minute structure of its fragrance is organized like a mosaic of raw materials strangers and distant to each other but together are like clear matter in physics.