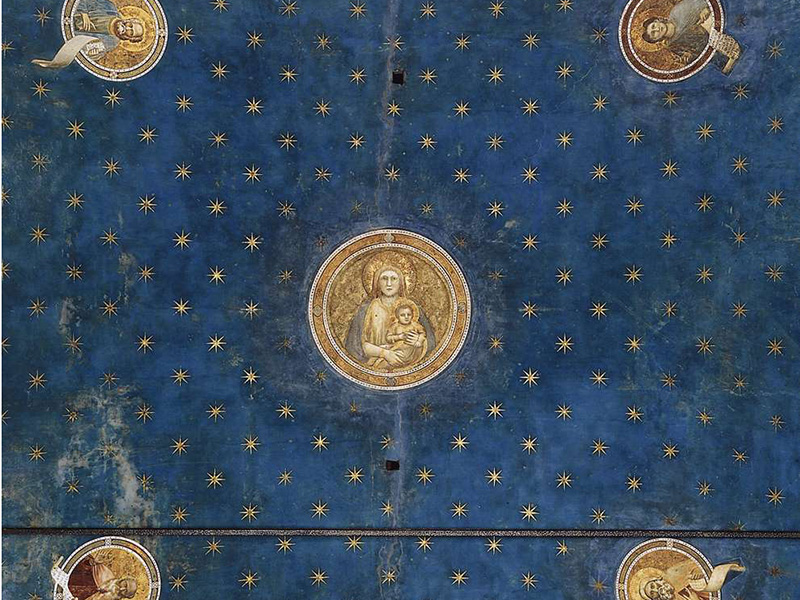 Usury and the Stars by Pascal Bonafoux

The voices of the Lord are impenetrable. How could Enrico Scrovegni not be scared that the omniscient latter would take into account that Dante had put his father Reginaldo amongst the usurers in the ditches of hell? In Canto XVII he was designated by a crest « … che d’una scrofa azzura et grossa / Segnato avea lo suo sachetto bianco… » (who with an azure sow and gravid Emblazoned had his little pouch of white).

To save the soul of his father the usurer and maybe even his own as expiation for his « ill-gotten gains » Enrico built the chapel Santa Maria della Carità all’Arena (Saint Mary of Charity) in Padua. Consecrated on the 25th March 1305, it was dedicated to the Virgin Mary. By doing this he symbolically made restitution for having profited from the sin of usury, a sine qua non condition for the Church to grant absolution.

As he enters the chapel and goes to the altar, he no doubt gazes up at one section of the vault and implores the Madonna in the central medallion carrying the infant Jesus to help him. How could he not be convinced that she alone could intercede with her son and save his soul? Then he looks up at Christ in the other part of the vault. Like his mother, he is surrounded by four medallions featuring paintings of the prophets. Madonna, Christ and the prophets are set in a perfectly blue sky dotted with stars, painted by Giotto.

This sky that we are looking at just over seven centuries later has faded. The azurite is no longer as luminous as it once was. And the gold that (most probably) enhanced the halos and the eight-pointed stars has tarnished. It doesn’t matter because this sky is doomed to disappear at the end of time. This is what Enrico Scrovegni corroborates as he turns towards the painting of the Last Judgement directly above the chapel doors. On each side of the window he sees two angels rolling out the sky as if it were a carpet. Soon the sun on the left and the moon on the right will disappear. And the same goes for the stars… 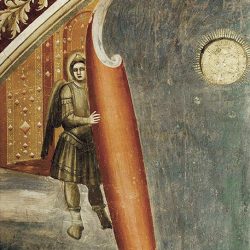 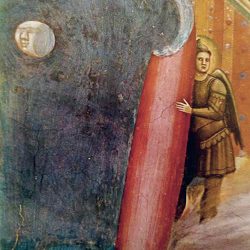 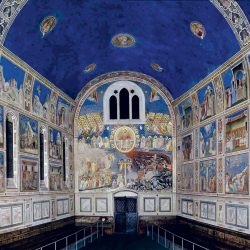 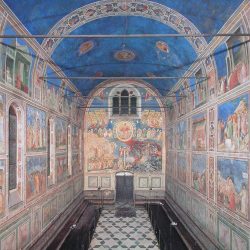