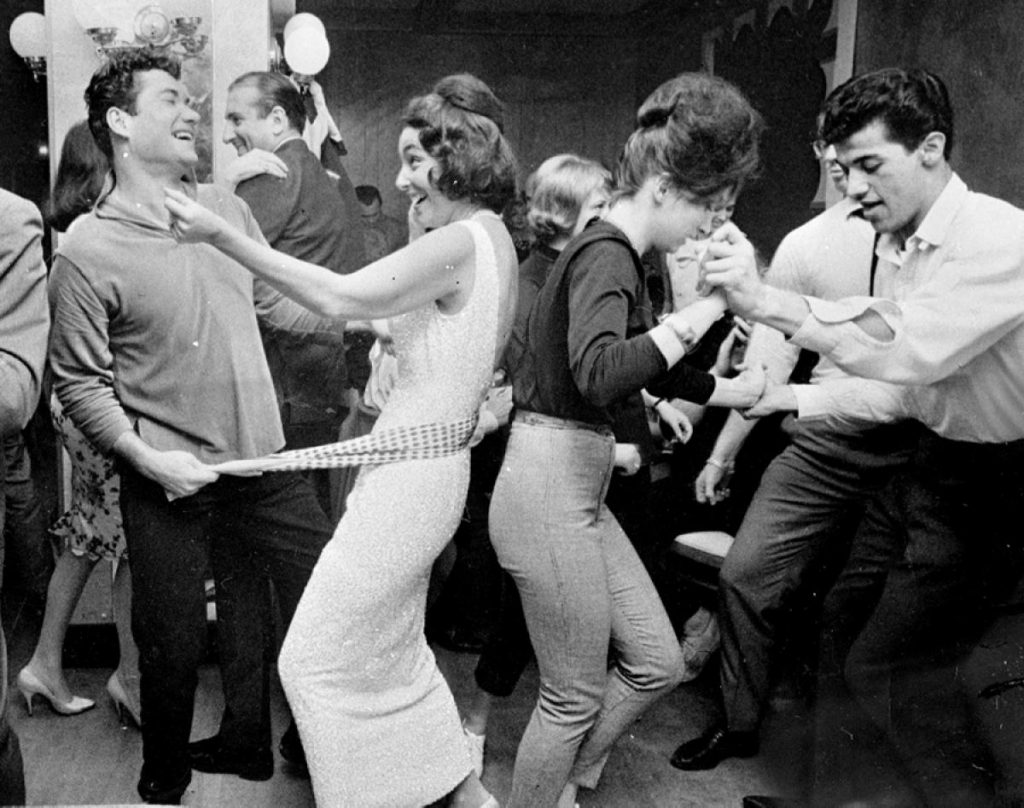 Perfumes of the sixties, by Annick Le Guérer

Perfumes of the Sixties are characterised by originality, the increased use of synthetic ingredients blended with wonderful natural ingredients, classicism and sensuality.

Innovation for sure with the launch of diptyque in 1961 by three impassioned friends from the world of fine arts and decor whom no-one suspected would end up being involved in perfumery.  Anticipating a desire for freedom and fantasy that exploded at the end of this decade, their store at 34 boulevard Saint Germain immediately stood out from the crowd by selling an eclectic mix of English perfumes that were new to the French market; wooden toys, and fabric designed by the three partners themselves. A small, independent business, described later as being « niche », that was on the fringes of an « intense » perfume sector that accompanied each new product with a flurry of advertising material, samples, clips and famous muses.  The company’s unique and top quality perfumed candles however were quick to create a buzz in the market place.

At De Laire, a key synthetic molecule lab, great perfumer Guy Robert created a fragrance based on aldehydes, rose, jasmine, narcissus and tuberose.  Launched in 1960, the year John Fitzgerald Kennedy succeeded to the presidency of the USA and the new franc entered circulation in France, Madame Rochas marked the arrival of the lady who would take over the management of the company following the premature death of her husband. The perfume was presented in Paris at the opening of an exhibition devoted to the most beautiful portraits of women. Its creator made another very successful perfume for Hermes in 1961 called Calèche, a floral chypre with notes of rose, iris, jasmine and vetiver. Jean Desprez’s rich and sensual Bal à Versailles came out in 1962 and combined notes of rose, jasmine and vetiver with animal notes that you don’t see at all today: Tonkin musk and amber.

We recall that the precious secretion of a Himalayan variety of musk deer also found in Nepal and Afghanistan added a voluptuous note and a potent sillage. Prohibited since 1973 to protect the species from extinction, this ingredient can no longer be added to perfume.

Ambergris (the « Rolls of perfumery » according to perfumer Maurice Roucel) is not banned by the Washington Convention but no longer appears as an ingredient in fragrances. Ejected by sperm whales, this precious and stong-smelling intestinal slurry is deposited in the ocean and hardens as it bobs along or ends up on the beaches of the Pacific and Indian Oceans. It was a must-have for adding a sensual note to perfumes…but it needed to be scorched by the sun and tossed by the waves for a hundred years to get rid of some of its less pleasant smelling facets…

Back to the purest form of classicism, Bal à Versailles is an evocation of the sophisticated way of life enjoyed during the XVIIIth century in Louis’s palace where the scents were as prevalent as they were at Louis XVth’s court at Versailles, which was dubbed « the perfumed court ».  Presented in a fabulous bottle designed by Pierre Dinand, it was, along with Joy by Patou, the most expensive perfume in the world.

1963 saw the onset of consumerism, leisure activities, publicity and TV. Having introduced the New Look with « Miss Dior » in the aftermath of WW2, Christian Dior entrusted Paul Vacher once again with the formulation of a fruity, woody chypre in an amphora-shaped bottle with a rosebud stopper called Diorling.

After « Pour un Homme » by Caron with its lavender and vanilla notes; « Moustache » by Rochas with oak moss and a burst of citrus and the « Vetiver » by Caron and Guerlain », Brut by Fabergé expanded the male offer in 1964 with its ferny-floral-amber notes. That was also marked by the first Yves Saint Laurent fragrance, a fruity chypre by Michel Hy that the couturier would render famous for all time by posing naked in front of the photographer’s lens! Monsieur Balmain (1964), « a little masterpiece in ten products », was the work of talented master perfumer Germaine Cellier who marked the history of perfumery.

Having completed her chemistry studies, this beautiful, chic and strong willed lady from Bordeaux, who didn’t mince her words, was a bit wild, smoked like a chimney and drank like a fish, began work at Roure and revealed the pictorial trends of her time in her creations. Artists she met up with at Montparnasse were an endless source of inspiration to her.

Jean-Paul Guerlain’s Chant D’arômes (1962) exposed his talent but it was Habit Rouge, in 1965 that showed the extent of his genius. This woody and spicy oriental came to life totally free from the administrative, budgetary and marketing constraints faced by perfumers today and added another new twist to the male fragrance market. Bernard Chant (IFF) pushed the boundaries even further by introducing a pineapple note in Aramis, a perfume for men for Estée Lauder.

Eau Sauvage was a triumph in 1966. After the launch of « Diorissimo » (1956), an opulent, powdery chypre, the House of Dior called upon Edmond Roudnitska once again to create a traditional by airy chypre that was stripped down and simplified with light floral notes. Aimed at men, it was mainly worn by women and gave rise to a host of imitations. Convinced that perfumery is an art and the work of the soul, this great perfumer spent his whole life proving that perfumers use their intellect first before their noses come in to play. In his books and perfumes, he fought against the trivialisation of perfume and endorsed it as the end result of artistic creativity until the end.

Max Gavary (IFF) kicked off the following year with Infini by Caron, a lovely, floral aldehyde that was a resounding success. This promising debut was followed in 1968 by Vivre (Molyneux), a floral chypre that would become a benchmark fragrance. It was the first time that cyclamen, lilial and helional with their hint of the sea and the beach were slipped into this family of fragrances.

Climat was the first perfume launched in 1967 by Lancôme since being acquired by L’Oreal.  This group achieved the wish of the brand’s founder Armand Petitjean to get into the US market. The last great « musketeer » in the world of perfumery, he travelled on a mule, armed with a revolver, along unsafe trails in South America before meeting up with François Coty, the « Napoleon of Perfumery » and devoting himself to fragrance. Synonymous with « French-style elegance », Climat would mark its era.

Before the chaos of May 1968, the year saw the emergence of mellow fragrances such as Eau De Sport Lacoste, a bracing scent for men based on citrus and spices by Jean Kerléo. This Breton, who would be the « Nose » at the House of Patou for thirty-two years, was also at origin of the Osmotheque… This famous perfume conservatory is the world’s largest scent archive and came about as a result of a drive to create a unique place that would archive and reproduce discontinued fragrance formulae and provide an indispensible tool for understanding the history of the profession.  Less sensible perhaps, that same year the three founders of diptyque, who were driven to reveal new scents without the worry of following fashion trends, launched L’Eau, inspired by a 16th century clove based pomander recipe and pot-pourri. This very original eau de toilette made an immediate splash.

The Seventies kicked off with a different kind of revolution though: the arrival of marketing in the world of perfumery… 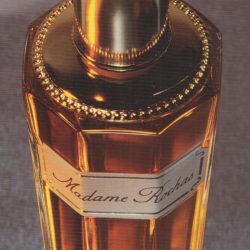 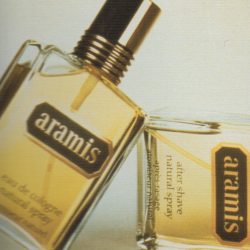 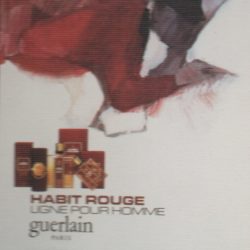 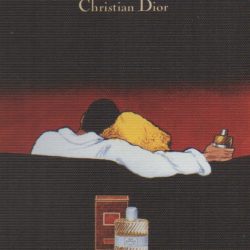 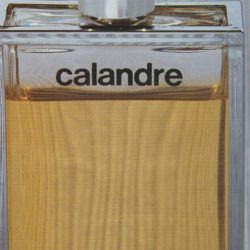 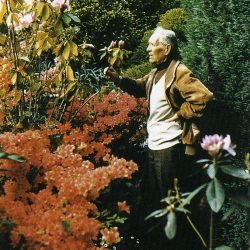 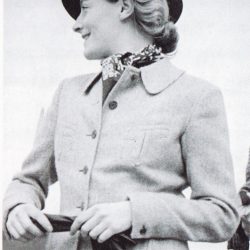