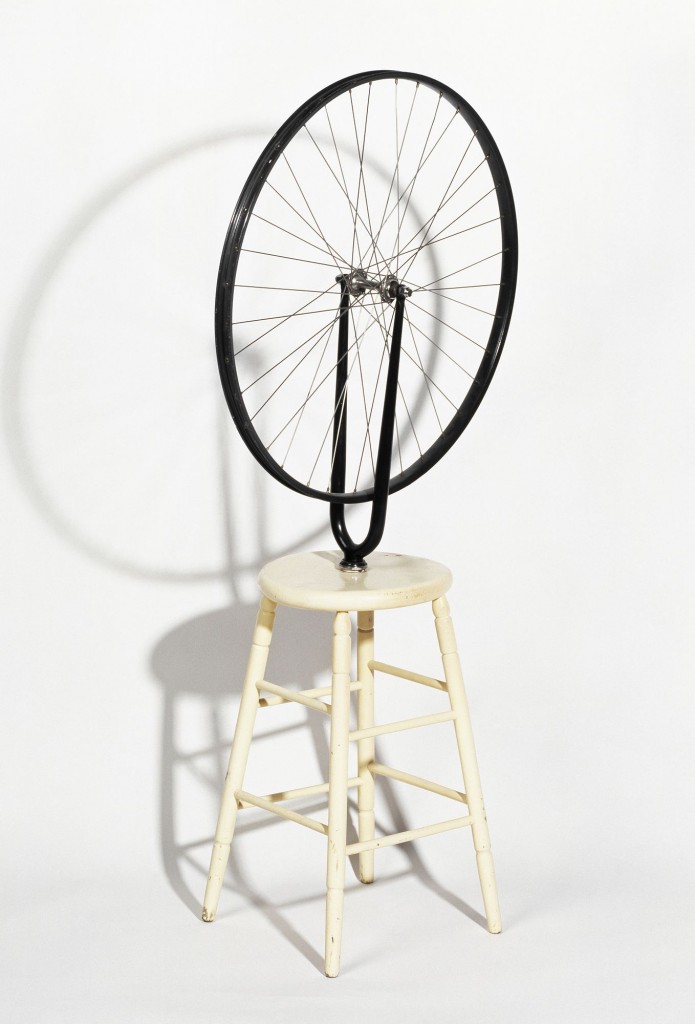 Looking at a painting is similar to looking through a window – a world is allowed to be seen by one’s eyes within a frame. Traditionally painting and frame go hand in glove but what about one without the other? What is a painting without paint?

One day in 1913 Mr. Marcel Duchamp, a painter, chose to display everyday objects industrially produced as works of art – nothing was ever to be quite the same again. Whether it was a clever idea, a disastrous one, or both, from that moment on art would not be without looking in the mirror, asking itself who it is, what it’s doing here, for who – and at what cost. Until then the frame of a painting would demarcate a space in which the art took place, be it religious, heretic, failed, profound or unpleasant. But afterwards the sacredness of the frame takes quite a blow. Like a bird flying out of its cage, art has gone out of the frame – meanwhile, painters keep painting.

When Paul Klee wrote “art does not imitate the visible, it makes reality visible”, he seemed to be disagreeing to a thought of Pascal’s wondering about painting ‘it is the vanity of a painting which attracts our admiration by the resemblance of things where we do not admire the original models”, but when these two quotes are to be considered next to Mister Duchamp’s urinal, sorry, his ready-made “fountain”, these two sentences only differ because they first agree on the essential point, that pictorial art is a discipline of the eye and for the eye – it makes us see. Classical aesthetics is contemplative. As modern art and their avatars of avant-gardes and post-contemporaneity reflect. They will send back an image, a thought of the world, and moreover, about society. They criticize, subvert, distort, play, claim and always elaborate a lot about their doing and meanwhile, painters keep painting.

But shouldn’t the painters paint upon a surface? They need canvases! And a frame whatever shape it has, and whatever the art of painting is and the treatment applied to the canvas, such as Simon Hantaï’s folding or Lucio Fontana’s gesture in his  Concetto Spaziale – making an incision in the canvas with a blade, looking for the right movement, creating the right rhythm of cuts and slits within that confined space between the edges of the frame, always that same frame, sacred or not.

Practical necessity, conventional, ring-fenced or even sacred, the painting always establishes a material or imaginary border which induces a territorial dispute. Wondering “what is a painting” brings up the question of the nature of art, its topography, its travels, its thresholds, its hideouts, its function, its danger or its insignificance.

diptyque is a partner of the FIAC (Contemporary Art Fair) to be held between 21-25 October.