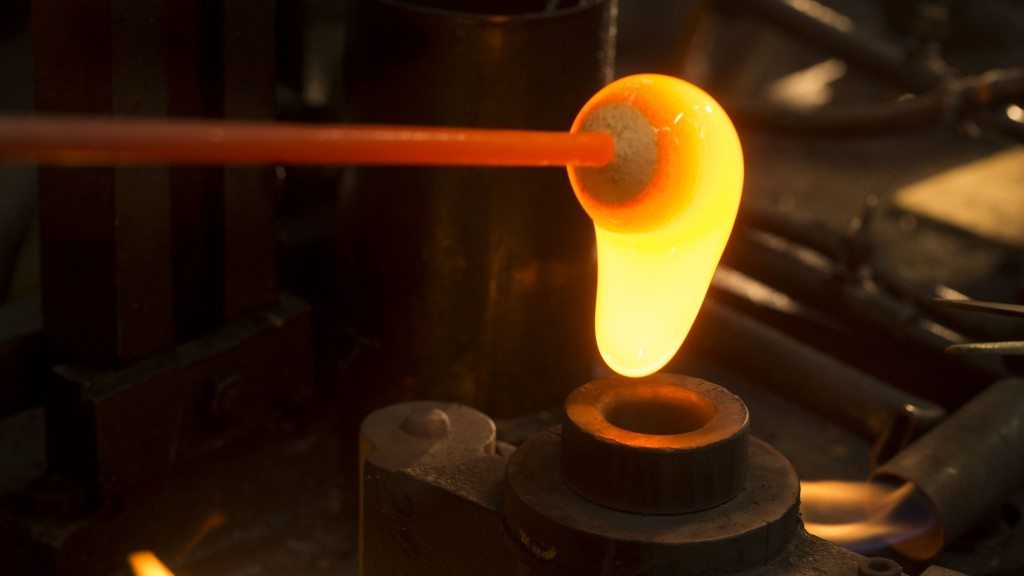 The work of a glassmaker is one of the oldest crafts known the moulding technique dating back to Mesopotamia i.e. around 3000 – 5000BC and their mastery of this art reminds us that there is poetry in glass.

Waltersperger will be celebrating its centennial next year. It’s the house of artisan glassmakers, the rare custodian of an art endangered by industrialisation and the economic constraints of the world glassware market. Its know-how as a master is sought after for limited-edition series containers by the perfume, cosmetics and delicatessens. Waltersperger is in the Valley of the Bresle, between Normandy and Picardy, this valley being the world capital of top-of-the-range glass-bottle-making and why it’s called “glass valley”. Three-quarters of global production of perfume bottles are produced there.

It’s specialization dates back to the 17th century. Jean-Baptiste Colbert, the Sun King’s (King Louis XIV) minister, ordered that manufacturers be given the official use of the large forests in the Bresle region to cut wood for heating. Water, sand and the use of fire made the valley a perfect location for glass artisans. It continues to preserve to this day an outstanding professional tradition and industrial know-how.

Waltersperger is the last semi-mechanized French glass and crystal maker whose work requires highly skilled manual labour. Its process is complex, long and expensive to maintain in these industrialized times. Semi-mechanization enables bottles in a series to be replicated but each one still being distinct so only small quantities are possible. The House not only offers new designs but also gives access to its incredibly rare and beautiful catalogue, a bible of glass bottles from the last century the pages of which are metal moulds.

Introduced last year, Essences Insensées is a diptyque eau de parfum whose fragrance will be renewed each year by the mille-fleurs tradition as will the bottle, in line with the model chosen from former copies. Inspirations from Art Deco, a cylinder with two orb lines with yellow amber dyed in when the glass glows, each bottle’s colouring slightly different.

Three Eaux de Parfums with the Essences Insensées will appear together to tell a new story their bottles having a surface full of cracks which will appear to be coated with a web of glass.

With all due respect to Alfred de Musset, we should then be allowed to change his famous poem ‘love is the great point, whatever the mistress? with – what matters is the bottle, provided we have the right intoxication. “, that is how much a glass dignifies the elixir that it holds.

Expérience 34 is a website dedicated to the collection 34, offering a closer look to its many inspirations and all the stories behind. 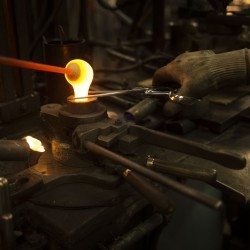 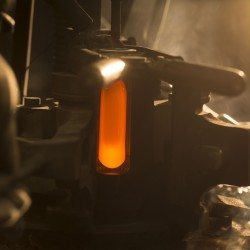 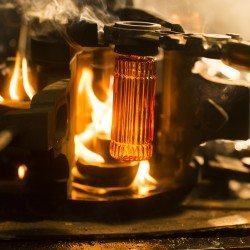 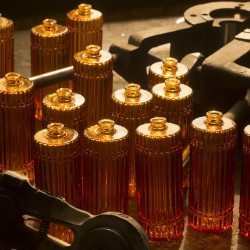