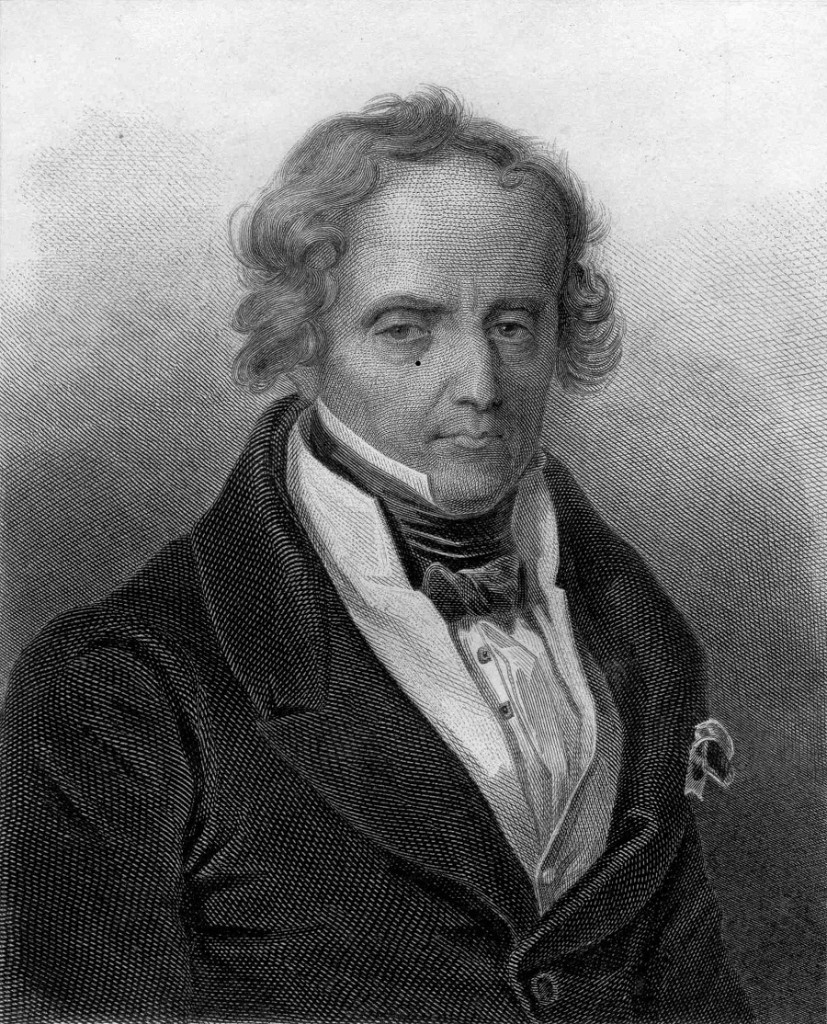 Le Voyage autour de ma chambre (Voyage around my room) is a short literary travel guide for those in search of laughter, the simple joy of being, insight, humility, compassion and wisdom. And who wouldn’t want to travel down that road?

This book was written in 1794 by Xavier de Maistre. A military man by profession and artist by predilection, this short narrative was to cement his name in posterity. Having got embroiled in a duel, the author was holed up for forty two days. Given his rank, the fact he was an aristocrat and in the military, he was imprisoned in his room for that period. Banished from society he wrote an ode to liberty to keep his mind occupied, make fun of himself, explore different lives and extol his destiny which was far from the worst in the world… And of all the thousands of things in this worldly life that he could have ruminated on, it seems that it was his inner life – the soul and sentiments –that give the reality of life on earth its vibrancy and colour, despite the shadow cast by the tragedy of existence.

In his room there are a couple of books and some pictures, including one that surpasses the greatest masters, even Raphael: a mirror that provides « a perfect picture for those looking at it and about which there is nothing more to be said. »  His bed is at one end of the room and sports pink and white sheets, colours ideal for lifting the spirits. At the other end of the room are a desk and chair. He still has his loyal servant Joannetti waiting on him hand and foot and whose indulgent care reveals the author’s inconsistencies. Finally de Maistre shares his room with a faithful little dog called Rosine whom he loves and who turns a blind eye to his moods: « So that’s how come I’m learning lessons about philosophy and humanity from my servant and my dog during my voyage. »

This digression is a lucid ballad with short chapters that are specular in nature, that’s to say they reflect the author just like an uncompromising mirror. Is his tone light and frivolous? He is revealed as deep and good. He gives us a lesson in humanity at his expense without being pompous about it and without holding himself up as an example. He intersperses bursts of laughter with tears that he masks as those of the bereaved friend, the rejected lover, the substituted lover or the sensitive man outraged by the ravages of war. He mocks the selfishness of pleasure-seekers by pondering the poor, feels sad about inequality by focusing on pampered comfort. His feat of arms remains the distinction between his soul and « the other » – the beast within, the body and the way it ticks, the forced cohabitation that culminates in a dialogue with subtle hints of unmitigated comedy.

By doing so, this book toys with the act of writing: an action is interrupted just long enough to follow a thought process through before the thread is picked up several chapters ahead as if said thought had been « freeze framed. Lost in the visions of his love on a mound, he resumes a chapter with the word « mound » surrounded by a sea of dashes.

Following his reflections as a writer, the soldier is on the point of being returned to the outside world and to his brawling antics: « today I am free but actually I’m shackled in irons! » he wrote. De Maistre shows us how freedom is internal in a world governed by instinctive behaviours. So there is only one destination for this particular voyage and that’s serene modesty.