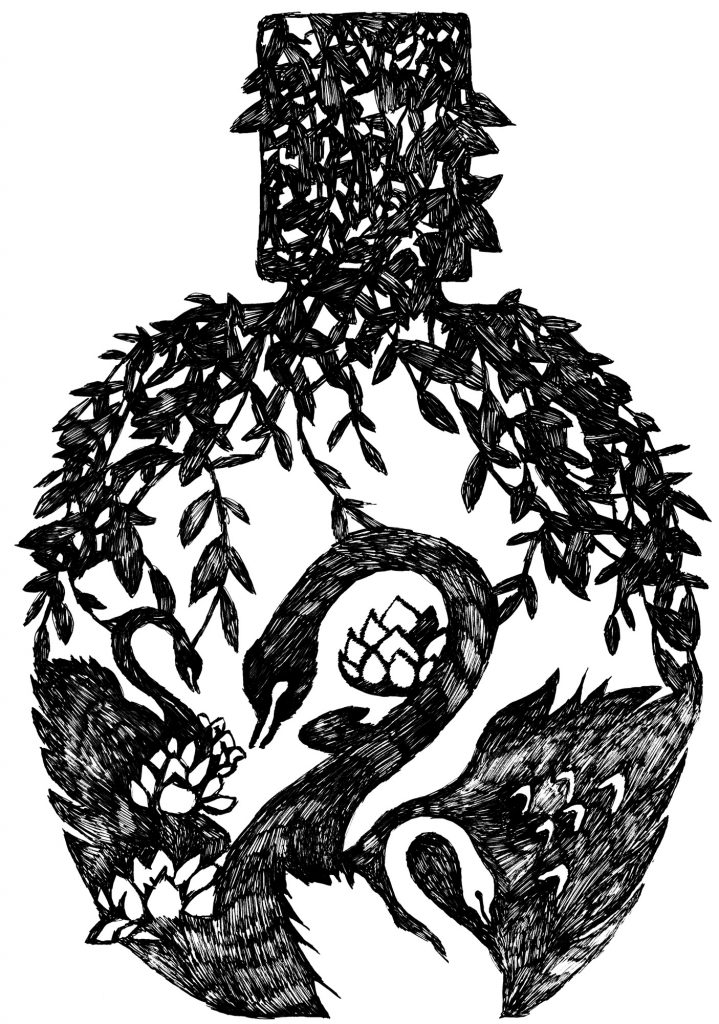 The story of a memory lurking in the moss. Elusive memories. A faint shadow behind a ripple that disappears as soon as a ray of sunlight pierces the dense woodland fringing a murky pond. Here is the dream of something forgotten which fragrance is the only thing that remains of it: L’Ombre dans l’Eau.

Christiane Montadre remembered something vaguely although quite vividly. She was walking somewhere on her own. She was probably lost. The memory of this moment is both lucid and vague. Only certain smells evoke it. Damp moss, blackcurrant, a plant-filled enclosure, impenetrable and clandestine, bursting with sap. A green fragrance bathed in silence and sprinkled with quivering, watery elements. She remembered closing her eyes to get her fill of this quasi watery world drenched in living and dormant aromas.

The images flooding back from the mists of time were as clear and ambiguous as those in a dream. The only thing she was sure about was that she had gone into an abandoned enclosure. She found herself in a garden that had been overrun by nature. A garden of Eden no less, and yet it was just an old parish garden. There was a little pond shaded by branches. Had she really seen a swan? “I’m positive I did”, she said and yet she thought her eyes had been firmly closed when she saw the swan glide silently into the shadow, breaking it in two.

L’Ombre dans l’Eau narrates the story of this reminiscence. The feeling of having been in an otherworldly place; a paradise even. But a place that was definitely part of this world when looked at through the eyes of a child. Eyes that can soak up fragrances.