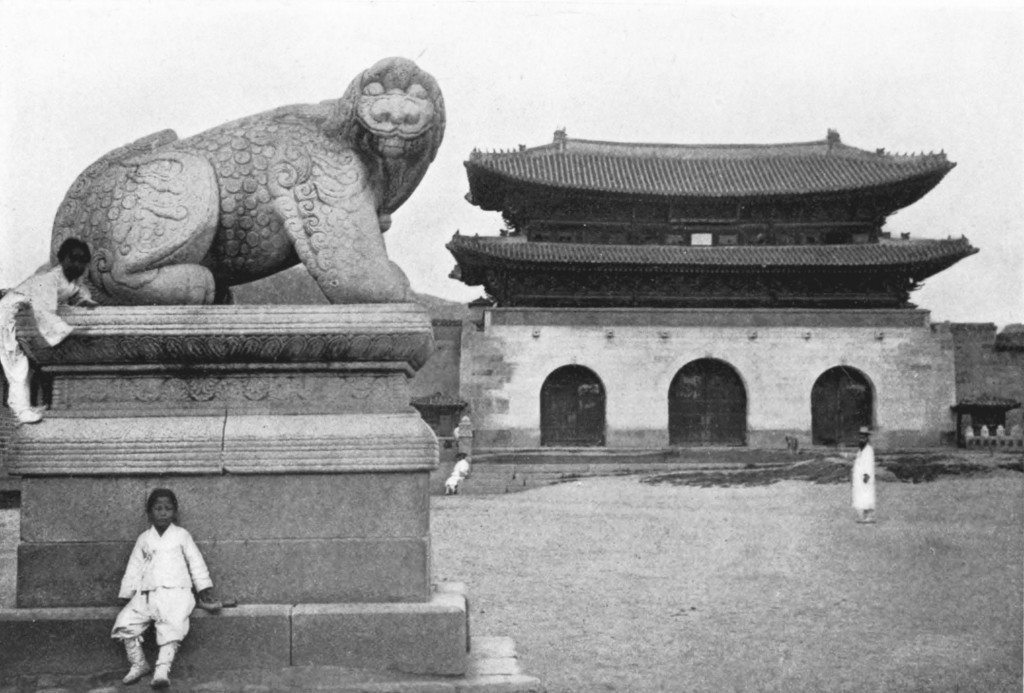 diptyque opens its first boutique in Corea. Hence it seems timely to honor Haechi, the mythical creature who protects the city of Seoul, its guardian Angel.

Haechi is a mythological descendant of the fantastical animal Haetae. As with the Greek Chimera, it is composed of many parts from several animals. And as the Persian manticore, it has the body of a lion and the tail of a dragon or a reptile. But unlike these harmful beasts, the Corean Haetae or Haechi is a wise animal: he can tell good from evil, he stands for justice and brings good fortune and prosperity. He is most likely related to Chinese Xeishi. He also is allegedly all-knowing, but this is only assumed.

Everyone who ever saw him are adamant: he sure shows similarities with the lion! Then, the testimonies are varied… The more witnesses, the less concordance, police know this, as confirmed by mythologists and proved by mythomaniacs. Anyway, Haechi has wings here, scales there, a unicorn for some and a fabulous fur for others. Hence he can be represented under numerous aspects. But all of them are positive. Haechi is a celestial watchman. He will often stand at the entrance of houses, and especially royal residences. And so is he represented by a colossal statue at Gwanghwamun, the major gate of Gyeongbokgung, one of the major royal palaces of Seoul. He is the sentinel against bad spirits and fire. Today, he still remains the unruffled keeper of its memory… for the whole palace was burnt and almost destroyed under the Japanese domination, at the end of the 16th century, and again at the beginning of the 20th century. But it will soon have recovered its original form owing to a long and meticulous restoration: probably such resurrection is also due to Haechi’s goodwill. Gyeongbokgung means “radiant happiness “– which could be argued regarding its past, as the Joseon dynasty was quite ruthless.

Haechi was newly honored in 1998 when Seoul held the Olympic Games, being the official symbol of the city. For the occasion, he turned into a friendly as hell cartoon.

Over its two thousand years history, Seoul was also named Wiryesŏng, Hanyang, Gyeongseong, then Seoul again, logically as it means capital city. Seoul was built in accordance with the concepts of the East-Asian geomancy, named « p’ungsu chiti » in Korean: the walled city was nestled north of the Han River in a steeply-rising mountain bowl at the end of a rising valley, all circled by high hills. Today, the traditional neighborhood and poor areas are gathered on their slopes whereas as the tremendous ultra-contemporary and hyper-technological city keeps spreading in the valley of the Han river. With close to 23 million inhabitants, Seoul is the 7th biggest city of the world.