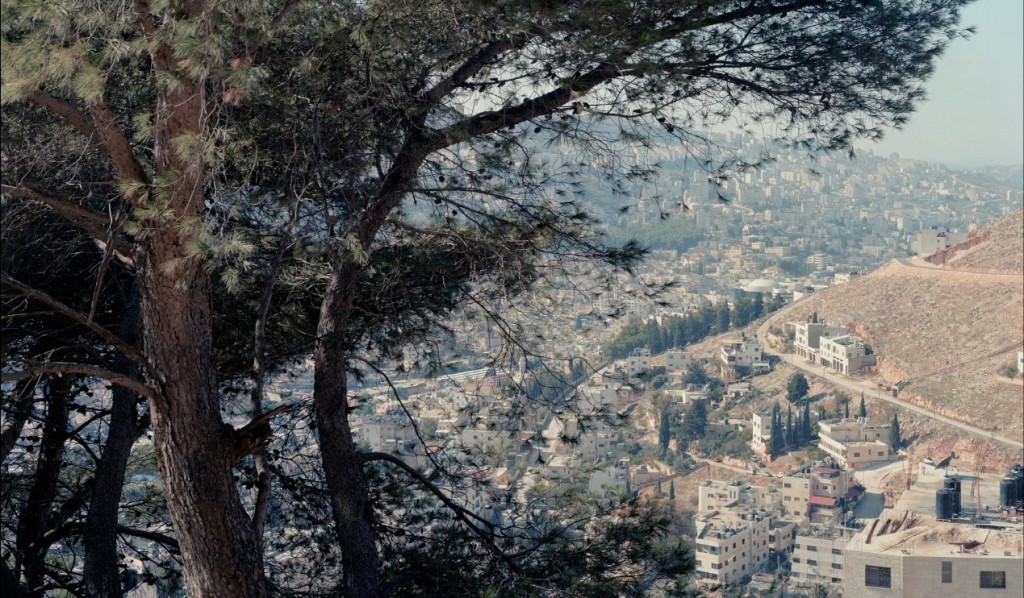 Marta Gili, Director of the Jeu de Paume and art critic, shares with us some texts and an interview, from the exhibition “Corps en résistance” catalog on the place of trees in the work of Valérie Jouve.

When looking at Valérie Jouve’s images it could be said that, like photography, the city is a territory of distances inhabited by the body: the body of the image and the image of the body. In a simultaneously implacable and poetic exercise of taxonomy, Jouve terms the bodies that appear in her photographs “characters” or “passers-by”, while her similarly nameless urban spaces are “the street”, “situations” or “trees”. As a result, the artist deconstructs the hierarchy of both the terms for and the representation of these bodies and these cities and their urban landscapes, thus revealing the tension between the multiple distances inhabited, given that they are emotional, social, cultural, economic and political distances. Valérie Jouve’s body of images thus concedes a privileged place in the world to the human body, since her perception of it extends beyond its own actions and encompasses other bodies, destinations and places, “reaching to the stars”.

“Solitary but tenacious, these trees in their very isolation defy the concentration and circulation of machines and bodies. In Valérie Jouve’s work trees very often function as subjects — indeed they are the subject when the zone of encounters becomes a desert at the heart of the crowd. At once tough and pliant, the trees are there, upright in the desert like anchorites symbolising another temporality and another world. The trees are people — although certainly not like those who are the focus of specific series. While not posing, they remain motionless, or almost. There they stand, embedded in the ground in defiance of encroaching concrete: pinnacles in the sky, branches, roots. The trees have the firmness of skeletons, the responsiveness of muscles, and fronds spreading with the supple fragility of winter or spring tresses. Most striking of all is a dignified, silent clinging to life that seems never to yield to the ambient cacophony. The presence of a tree functions strangely like a singular representation of humankind.”

Pia Viewing – Your tireless exploration of the connections between the human figure and urban space has given rise to several series, among them Characters, Situations and Facades. These corpuses change constantly, though, both because you keep adding to them and because you endlessly reorganise them in your exhibition spaces. Seen from this point of view, the time-bound photographic series is quite foreign to your approach.

Valérie Jouve – Yes, I like the notion of a corpus. What I make is a “body of images”. Each corpus is called Untitled, followed by a form of identification in parenthesis: Characters, Situations, Facades, Passers-by, The Street, Trees and so on. In the 1990s my work was basically structured around these different subjects. Then another space – montage – took shape when the work was being shown. A form of narrative – in the very broad sense – developed out of this juxtaposition of photos from different corpuses. Montage was a onsideration right from my first exhibition at the Musée d’Art Contemporain in Marseille in 1995: I feel the need to bring my images together so that they inhabit the space and create a utopian imaginative slant. All these elements fuel each other and combine to offer a visual space in which our world opens up to us without our having to understand anything. It’s just a matter of feeling, of projecting oneself and, most of all, going with the flow.

Pia Viewing – The concept of body – of corporeality – permeates your oeuvre. With Trees and Figures, dating from 2006 to 2008, it arises in different terms from before. In contrast with Characters, for example, the subject is shown anchored in the soil, firmly rooted in its setting, and taking on greater volume, depth and presence. You treat your Trees like people: they have body.

Valérie Jouve – I did my first portraits of trees during a residence at the art centre in Vénissieux in 2003. I felt culturally close to Vénissieux, having grown up and studied in the same region. The trees really looked like characters to me; they were spatial markers, with the plots of land of each property being structured around them. Rather than photograph the working-class neighbourhood of the Berliet housing estate in the Bernd and Hilla Becher style – with an individual picture for each house – the urge came to me quite naturally to respond to the commission with trees. They had such power, especially at that time of the year: the smooth wood of the plane trees turned silver under the autumn sun – that magic life sometimes offers.
Since Trees, my way of imagining my work as a photographer has been changing: I’m more detached, and less proactive in terms of movement and mise en scène; I give the subject more autonomy. The shaping of an image is no longer necessarily tied to the urge to follow an urban dynamic, but rather to a desire to provide a space for contemplation. I’ve realised that presence can be powerful without being dramatic and that this also enhances the notion of resistance. Even walls are bodies. History has filled them with humanity: I sense that they are a receptacle for all the lives they have surrounded, and I try to get this feeling across as much with the image itself as with the context I establish. This is why I came up with Compositions. Now I want to work towards something essential, and take time for solitary observation. Formally speaking, the images conjure up moments of meditation that lead to more “cosmological” considerations. I want to show that the world is, maybe, still familiar to us. 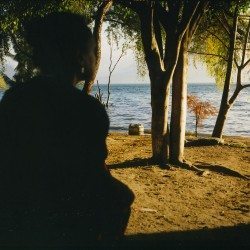 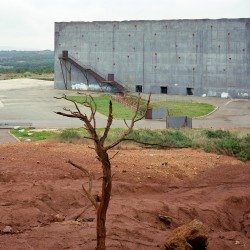 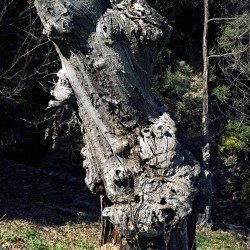 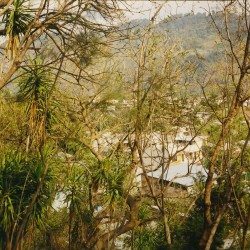