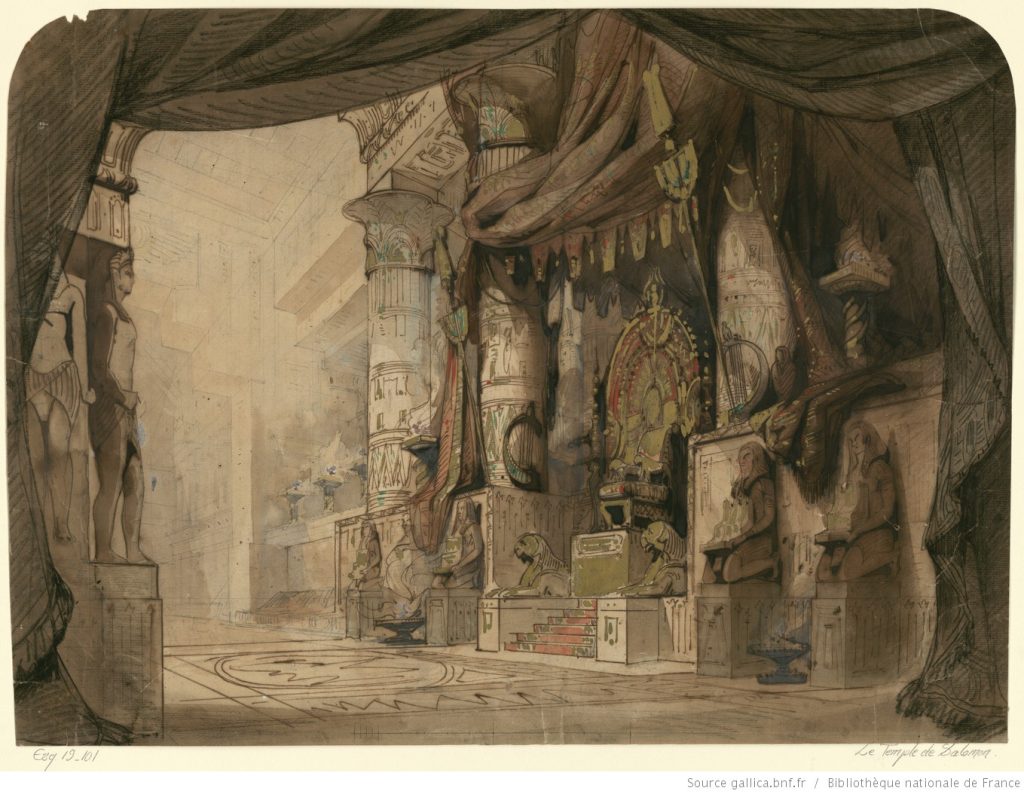 For a long time theatre set design was simply considered as the backdrop to the unfolding of the action on stage. A magic lantern, a palace… its function was to nod to a place within the framework of a descriptive tradition.

Three dimensional sets did not appear until the late nineteenth century. Until then theatre set painters were professional craftspeople who plied their trade outside the theatre itself. They were commissioned to produce painted backdrops from their workshops that could be reused at will by theatres. Different workshops specialised in different genres from the fantastical to the natural. They would create canvases showing one particular scene, without any of our modern concerns for visual unity. These set painters were seen as mere providers: painters were paid per square metre of canvas that they painted!

The role of decor in theatre production emerged slowly in successive stages. Firstly there was the introduction of lots of items on stage, which led to the background perspective being seen in a new light. The ramp that lit the actors from below was removed. More importantly people now had the option of switching the lights off in the theatre. Whereas previously the theatre had a social twist in that you could observe other theatregoers, now the focus switched to the dramatic action being played out on stage. The scenic images became independent and consistency was now of concern. It became increasingly important, forcing uniquely close ties between the play and set design: these elements interacted with each other and with the actors themselves, who no longer acted in front of a set but with it and within the space on stage. 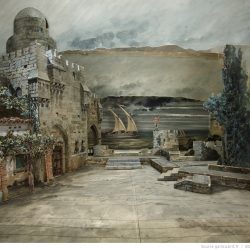