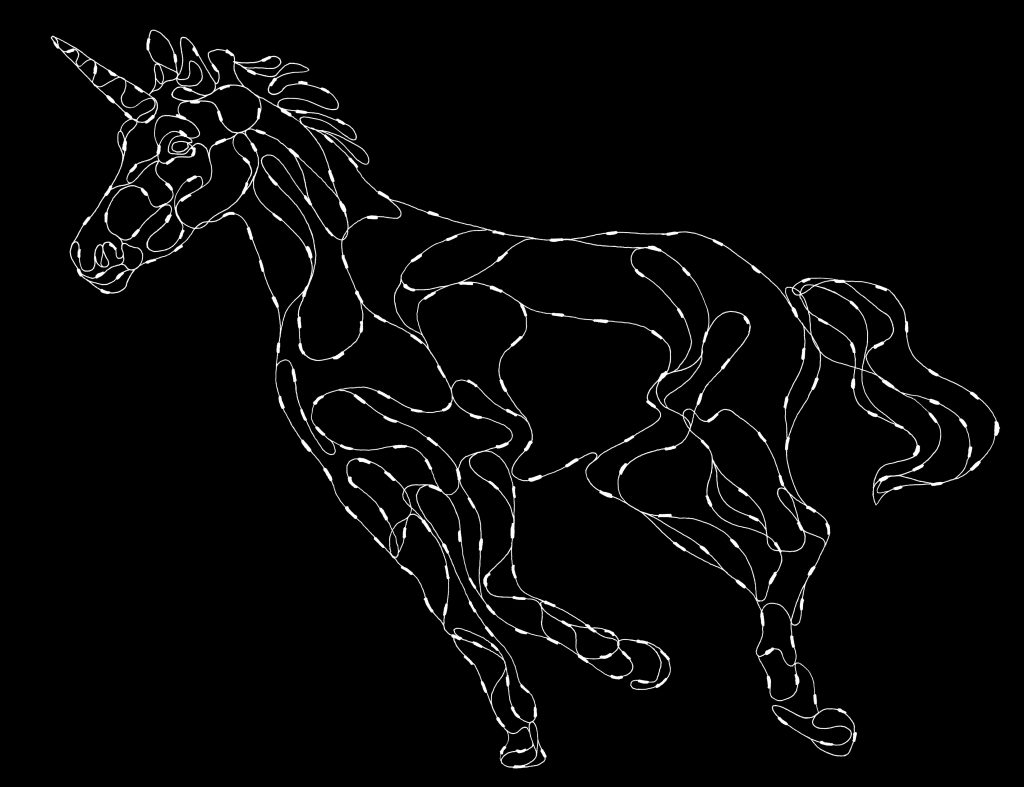 The Unicorn constellation gallops across a cosmos straddling real stars and chimeras of light. Peppered with nebulae and the refuge for a black hole, it is as elusive up there as it is down here, jumping across both boreal and austral hemispheres.

A constellation is an asterism, the drawing of imaginary lines between coruscant stars that shine brilliantly. It is an anthropomorphic projection without an astrophysical connection. Numerous constellations (which are not overlapping, referenced asterisms) date back to antiquity. They were, therefore, part of Chinese, Greek or Persian mythology, unlike the Unicorn constellation which was probably named by astronomer Petrus Plancius in 1613, then accurately mapped by Jakob Bartsch in 1624 (or Jean Hevel according to other sources). Some scholars in the past claimed that this constellation was identified by Persian astronomers, who would not have given it this particular name.

The Unicorn is so stylised that it appeals to scholarly observation initiatives. It is not a remarkable constellation and it is not easy to spot but it has dreaminess about it due to its mythological appeal. Its minimal features recall the main lines of a racehorse in movement, with a straight shaft that could be a famous horn of a unicorn that no one has ever seen but that everyone can visualise immediately.

The ancient name for unicorn, Mococeros, gave a generic name to various stars in this constellation, preceded by the letter of the Greek alphabet that identifies it, including the star Beta Monocerotis, the most brilliant star in the Unicorn constellation; there is also the Plaskett star, a so-called binary star, with the transfer of matter between its various elements coupled with gravitational interaction.

The absence of particularly bright stars makes the Unicorn tricky to spot at the bottom of the Milky Way that crosses it. It also overlaps the galactic equator that separates the observed celestial vault from the southern and northern hemispheres – making it even more complicated to find. But this constellation is traversed by stellar clusters and nebulae that are some of the most beautiful to behold…Is that not a sure sign of the Unicorn?