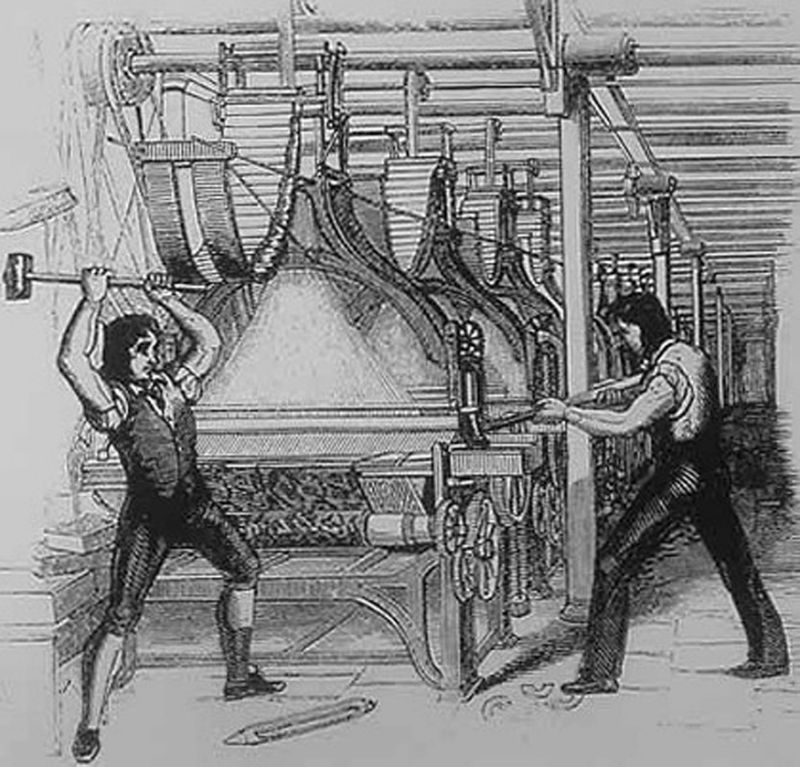 As part of memento… the illustration for Rose Delight inspired by toile de Jouy introduces the theme of « Indiennes », cotton textiles that were made just as the textile industry became mechanised. Now the weaving machines were unravelling a world of knowledge and plotted their damage in the process: time for the luddites!

Luddism refers to a workers revolt in the textile industry of northern England that mainly took place between 1811 and 1813.  This term summarizes it expeditiously as an act of brilliance, the damaging of machinery by the workers whose livelihood had been put in danger as a result of their use. The image has the ideological advantage of presenting this seditious, frustrated and illiterate lot as being deprived by the modern breeze of History and venting their rage on the tools of their work out of a feeling of powerlessness. Luddism was quite the opposite.
The Luddite machine-breaking disturbances initiated by weavers and textile workers in Nottinghamshire occurred in the bonnet making districts of the Midlands, wool-making areas of Yorkshire and cotton-making regions in south Lancashire and northeastern Cheshire. This activity gained the sympathy and even the support of the people including some aristocrats. The country experienced an insurrectional tremor across the land, the atrocious repression. K. Sale wrote that the deployment of soldiers in troubled areas outnumbered the soldiers mobilised against Napoleon in Portugal four years earlier. But the scale of punitive means – army, special police, spies, militiae, punitive expeditions, summary judgements for the gallows and excessive sanctions despite the slightest suspicion of intelligence – did not save legislative support in the shape of the « Watch and ward act » compelling the male population to denounce and ward, then, desperate times calling for desperate measures, the promulgation of a law making machine-breaking activities punishable by death in 1812.

Luddism has a dimension that is much more elevated and civilised than machine breakage which was only the final sacrifice, a kind of appeal breakage-wise after many warnings. For this Luddism was a protest by a structured, concerted and secret group of people engaging in methodically prepared missions as well as, to a great extent, a protest manifested in writing before resorting to the execution of these infractions.
Letters by Luddites nodded to the physical protests ahead: threats to manufacturers, magistrates, notables and the government, proclamations posted on public roadsides, sent to the press, sometimes published in popular inventive prose in a variety of language registers and all signed by one man – Ludd, who had many titles from general and « captain » to even « King Ludd » on occasion. This name belonged to an apprentice who had broken his weaving machine a few decades earlier, the new protesters carrying the deed on by turning him into a mythical character.
Luddite groups operated as a secret society with oaths of enthronement, rituals of belonging and painted markings on the body. The purpose was not hierarchical as such, the point was to ensure total collective anonymity, with betrayals or incidents. During the disturbances in factories, at night, the faces of Luddites were blackened with charcoal and concealed with scarves. Men often disguised themselves as women to hide their true identity. An army of vigilantes like this was destined for legendary status.
The Luddite writings explain their motivation: better wages after years of crisis, but also the rejection of “botched work”, the machines producing a poorer quality of work than that produced by their highly skilled labour, “the attack on the honour of the profession” by new work techniques whose aims were not just to increase productivity but also keep unruly workers under control.

Sporadic resistance to mechanisation took place over a fifty year period in France, Spain, Silesia, Austria, Germany and Belgium, and all were linked without complicity but they were nowhere as flamboyant or dangerous as the initiatives undertaken by the Luddites. As their ardour increased after their successes, the threats swelled: “we will subdue all oppressors and continue the fight until there is no longer a single tyrant left to conquer.” Starving, the looting and weapon collection activities increased and went beyond the Luddite core, gathering all the frustrations of a nation that had been at war for years and whose traditional social structures were being overturned where new and mechanised industry was growing with brutality and speed.

These days it is probably difficult to appraise the violence of the industrial revolution and how it impacted on the organisation of work, the established hierarchy of technical skills, community organisations, the links between town and countryside and even the meaning of existence and work. The instrument of this revolution was the machine. The same thing happened a few decades later, changing strategy,  Karl Marx would ponder the potential of the reappropriation of the labour force by the physically exploited worker: “Remember that the machine must be sacred to you, such violence endangers your cause and that of workers” he wrote.

By breaking the looms to defend noble and well-made work, the Luddites protected their jobs, their skills, their status as well as attacking the control that the mechanisation of labour engendered on their gestures, bodies, rhythms and the links between them, splitting them by dividing their work, on everything that constituted them as a collective body. This control would soon extend to raw materials, quantities, quality, disciplining life for its intended purpose.

When we consider two centuries later how machines control and discipline our lives, for the better and for the worse, it seems that Luddite intuition surpassed its immediate intention. It was intuition without programmed obsolescence. 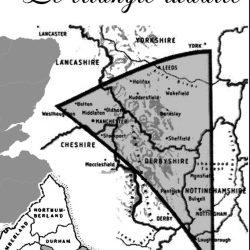 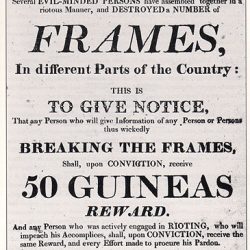 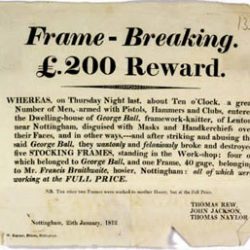