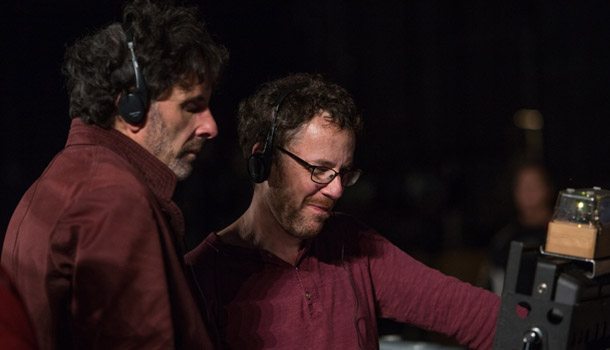 As they are entering the third decade of a very prolific career, Joel and Ethan Coen have been invited by Gilles Jacob to be the first joint presidents of the jury at the 68th edition of the Cannes film festival, which diptyque partner with. This choice seems very natural as the two brothers have been regulars of the prestigious French festival from their second film, Raising Arizona, which was shown out of competition in 1987 when scarcely no one in France, except a few scholars from the magazine “Positif” (namely Michel Ciment and Hubert Niogret), had spotted uncommon genius in the two brothers. Their intuition proved right when Barton Fink (1991) was rewarded by a Palme d’Or only four years later, marking the beginning of a love story with France. They did get a Grand Jury Prize at the second edition of Robert Redford’s Sundance Film Festival for their first feature Blood Simple in 1985, yet the type of success the Coens immediately achieved in France has been different from the love-hate relationship they’ve had with Hollywood in the first part of their career. How to explain that no matter what, the French have always stood by the Coens?

France is historically related to cinema, from its origins with the Lumière brothers, to the Nouvelle Vague which impacted a lot of American filmmakers during the New Hollywood era of the 60s and 70s. The first phase of their career (1984-1994), was highly influenced by the New Hollywood trend, and showed a staunch resistance against the standards big Hollywood studios were trying to impose. Their first films are clearly a manifesto against the standardization of American cinema. The low budget, the “homemade” special effects, the unusual importance given to supporting roles, the cast excluding big stars, their cynical yet unmoral view on American society, folklore and history, intertextuality and the debunking of genre conventions were and remain what defines the “Coen touch” and appealed to the French critiques and audience who saw them as film “auteurs”.

After a complicated collaboration with Fox ending up with the critical and financial failure of their first Hollywood film, The Hudsucker Proxy (1994), the brothers have refused to let anyone interfere with the making of their films again. From then on, they’ve been using Hollywood to make commercial successes staring George Clooney, Tom Hanks, Brad Pitt or Matt Damon, but regularly go back to smaller budget, more personal films, which gives them a unique status in Hollywood, bridging the gap between highbrow and lowbrow cinema, which is certainly what made them both Cannes and Hollywood’s favorites.