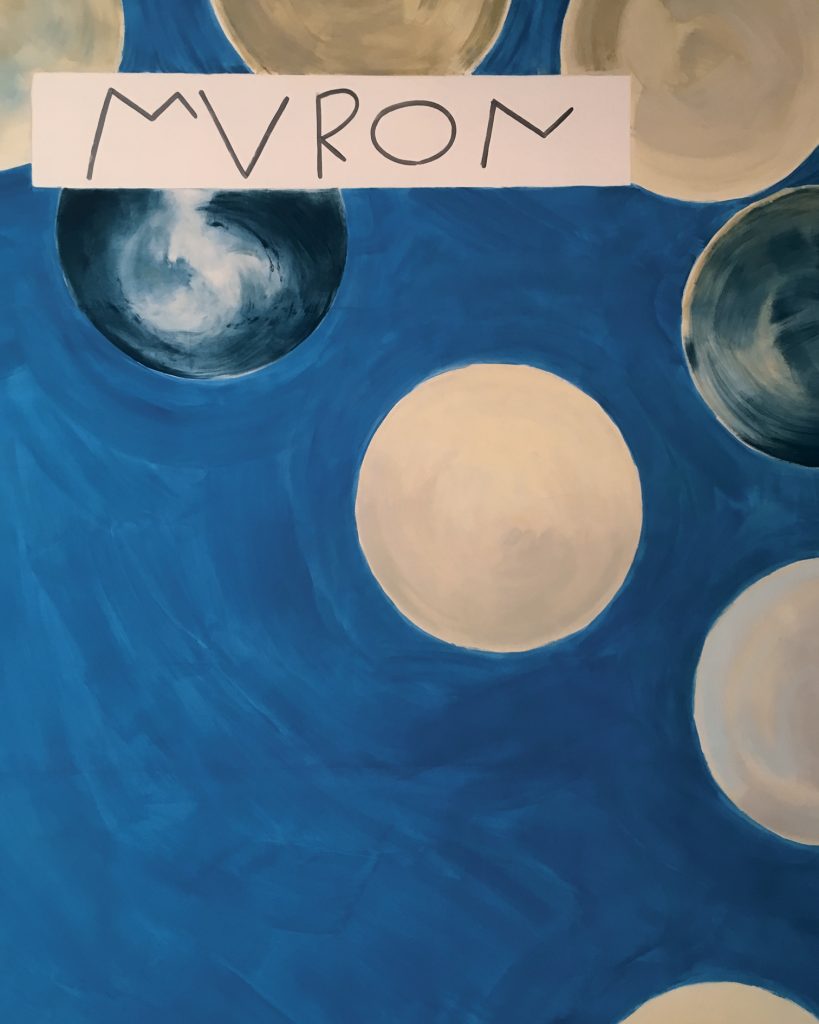 The antic sky of Cy Twombly, by Etienne Sallon

The painting seems to float above the Salle des Bronzes at the Louvre: an intense blue sky with dancing circles like stars jostling aside to open up the space. The Ceiling – as artist CyTwombly solemnly dubbed it – provides a breath of fresh air in the museum’s succession of rooms, like a frame for the antique collections it looks down upon. This piece of art, painted in 2010 by the American artist, is the third commission given by the museum to contemporary artists after Anselm Kiefer and François Morellet. In order to understand how this gigantic fresco came about, we need to look back at the origins of the creator’s work.

Cy Twombly belongs to a generation of American artists who, in the aftermath of WW2, found a new approach to painting via abstraction and the expressive potential it provided. So, along with Jackson Pollock, Willem De Kooning and Franz Kline, Twombly explored the fields of possibility left open by this creative impetus. However, he very rapidly distinguished himself from his peers with his fascination for antiquity and Mediterranean history. Pretty early on, in 1952, he began travelling to France, Italy and North Africa with his friend Robert Rauschenberg looking for the foundations of art and our Western civilisation. This passion led him to settling down permanently in Rome in 1957. Cy Twombly’s work feeds on historical references, literature and art, from which he extracts symbols and annotations that he re-transcribes using a jittery, sometimes almost illegible script on his canvases like an archaeologist who deliberately covers up part the artefacts he has unearthed in order to preserve all their mystery. « What I am trying to establish is that modern art is not an isolated thing, it has roots; tradition and continuity. For me, the past is the source » he explains.

When the artist received this commission from the Louvre Museum, it was a natural process for him to want to make this piece of work resonate with the history of Greek sculpture. He chose to include the names of seven of the greatest sculptors of Antiquity whose creations have only come down to us via literature or ancient copies.  Phidias, Lysippus, Myron, Praxiteles, Polyclitus, Cephisodotus,Scopas: by adding these legendary names in Greek letters, he reconnected with the tradition of painting ornate ceilings in churches and pantheons. A sculptor himself, Twombly is thereby canonising the original fathers of classical sculpture. It was too good an opportunity not to retrace the paths of those he admired, starting with Giotto, whose blue in Scrovegni chapel in Padua finds special resonance here. The circles painted byTwombly can be interpreted as shields as well as planets, like a cosmogony sourced from these seven tutelary figures. As a reflection of artistic creativity, these circles, like stars, in turn lunar and solar, are juxtaposed in eclipses that are constantly being renewed. As a testimony and a testament, Cy Twombly’s The Ceiling sheds light on the apparent simplicity of a piece of work that displays unique depth.  « I wanted a feeling of floating, of lightness above this vast space. […] I left the ceiling open to the blue sky, a Giotto sky. »

Etienne Sallon is an expert in contemporary art at Christie’s Paris.