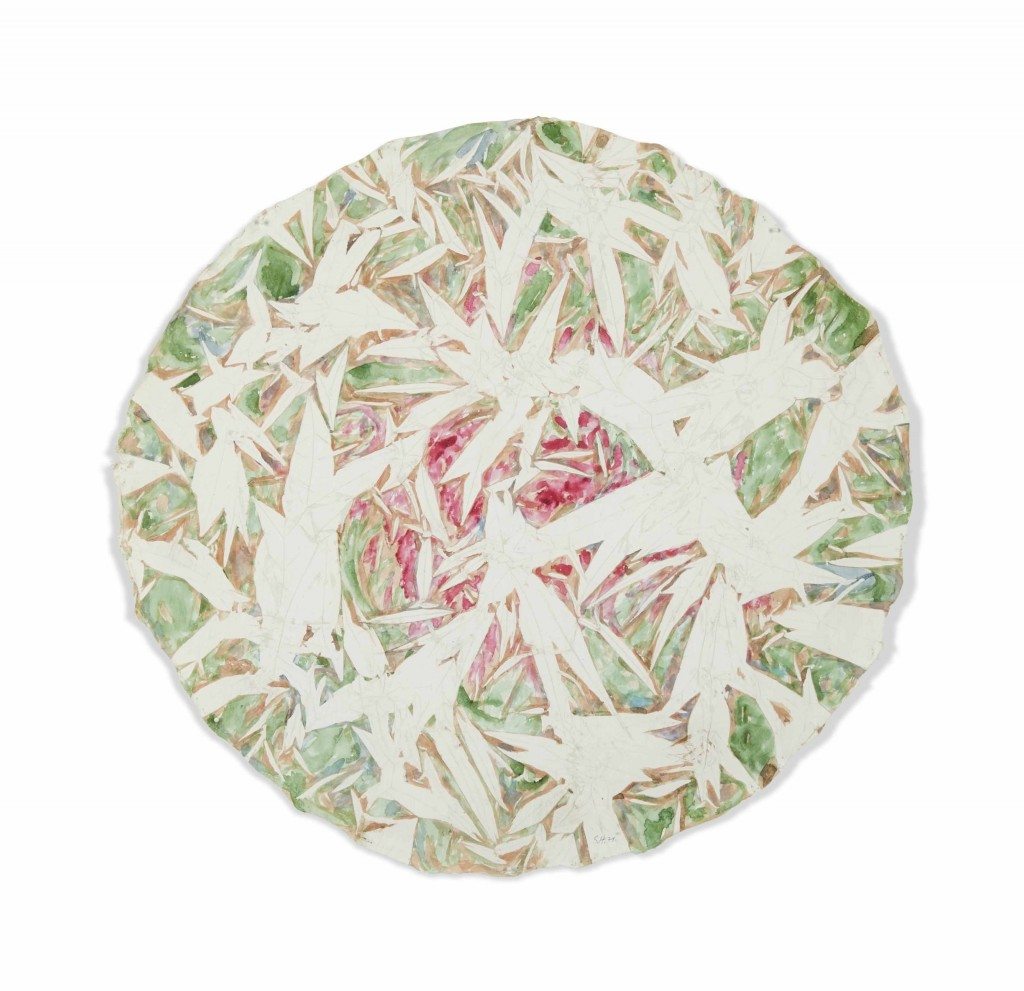 In the early sixties, Simon Hantaï, of Hungarian origin, did one of the most innovative artistic gestures of the second half of the 20th century while experimenting an absolutely unprecedented method – the folding.

Giving up the surrealistic paintings and techniques that characterized his work during the previous decade, he took an empty canvas – not mounted on a frame – using it in a way that was more than just a screen to paint on. Throwing it to the ground, he folded it randomly before painting here and there, letting the final depiction of his work be discovered only when unfolding the canvas. This first endeavour, which would become the artist’s exclusive method, resulted in twenty-seven key pieces that Hantaï named Mariales.

Nothing was the same after these paintings, either for the artist or for those who came after him. Hantaï’s folding method was a radical break with what painting used to mean. While folding, making knots, twisting before unfolding the whole work, the only deliberate decisions of the artist are the choice of materials – dimension of the canvas, choice of colors. Not a great deal of subjectivity for a painter who now has to decide whether to keep or reject the result. No preliminary drawings, no plans, no aims, only the sole pleasure of colors and forms. No foreground, no background, no perspective, no composition, no center and no margin – the whole canvas is evenly covered with paint.

Such a radical approach should be put in perspective with what was happening at the same period, Pop Art on one hand, which was at its peak in the United States, and New Realism on the other, its European counterpart – two movements which were the exact opposite to Hantaï’s. While disappearing behind his work the artist abandoned control and aesthetic   effect while giving in to a humble gesture reconnecting himself with the very origins of painting. With Hantaï “to paint is to spread colors uniformly” (François Mathey, in the Hantaï exhibition catalogue preface at the Pierre Matisse Gallery in New York, August 1970). It doesn’t come as a surprise that today many young artists from both sides of the Atlantic refer to Hantaï as one of the tutelary artists who have contributed in furthering painting towards new broadened horizon possibilities.