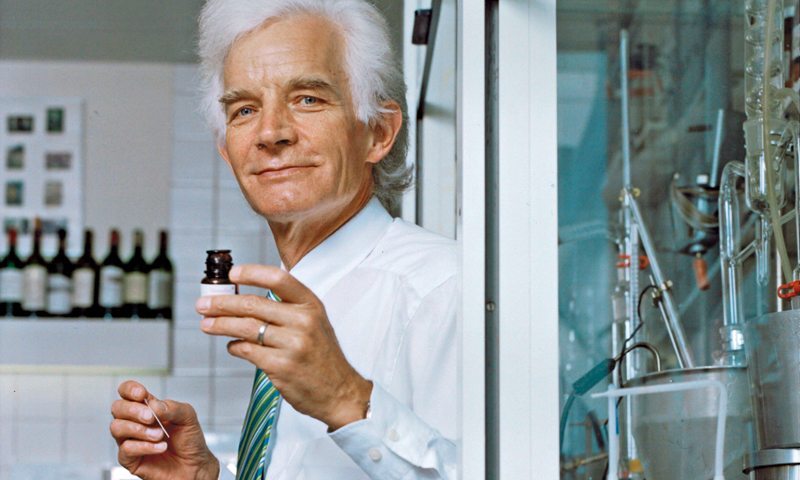 One day in 2008 Roman Kaiser walked to the store at 34 boulevard Saint Germain although he often goes to work in a balloon. His name is associated with scent-treks, expeditions to capture rare scents especially inaccessible endangered species of flowers. Endless Amazonian canopies, inaccessible crags, an olive grove on the Ligurian coast, the diptyque store or very slippery glaciers, but an intruder has slipped into this list – which one is it?

You are probably familiar with the origin of the first 34 boulevard saint germain range released in 2011 – the idea was to​ transform the aromatic atmosphere of the store into a perfume. This shared space was steeped in an amazing combination of hundreds of fragrances accumulated over decades – perfumes, eau de toilettes, candles and numerous lives. The entire invisible history of the House hung in the air so the challenge was to develop a fragrance formula inspired by a profusely unfathomable atmosphere. It was Olivier Pescheux, creator of numerous famous perfumes, who composed these fragrances working from scent encapsulations performed by Roman Kaiser, who he regarded as “the virtuoso, the scientist, the perfumer and artist without whom nothing would have been possible.”

Kaiser’s profession is a vocation – as a child he had a passion for nature, its colours, essences and smells. He became a chemist then joined the research department at Givaudan and perfected the “headspace” technology to capture scents that were unpredictable and delicate. In ancient Egypt flower scents were gathered and kept in purified fats such as lard, this technique still being in use for delicate smells up to the last century however, it was time-consuming and expensive so was finally abandoned. Roman Kaiser helped advance the technique using a glass bubble the size of the plant positioned around the flower and a tube drawing out the air. The scent is then kept in polymer that replaces the fat which can take hours for a single flower. That’s exactly the kind of thing you can do from a balloon, right?

This was the case for the very rare French Guinea Bignonia. Everything seemed so simple – a gas phase separation distinguished the scent molecules from the sample then a spectra measurement identified the proportions by weighing each one. The molecular identity defined enabled synthetic reproduction of the scent.

Capturing the scent of the diptyque store was particularly complex. He proceeded with groups of scents by exploring several areas in the store over several months. Then another two years were needed to recreate a perfume true to the olfactive essence of 34 boulevard Saint Germain and adapt it for body or atmosphere use. This technical perfume design achievement met with enthusiastic public reaction coinciding with the fiftieth anniversary of the House.

This scent hunter usually identifies elusive odours from all over the world and especially those from endangered species – like the Agarwood from Asia, Unda Namdanga from Papua New Guinea, the Cattleya Luteola orchids in Brazil, Alpine forget-me-nots and as much as possible, he gets local communities to work with him in the Amazon, Africa and Madagascar channelling a share of the donations from sponsors to these communities.

Roman Kaiser won the Roche Research Award in 1988 and received an honorary degree in Natural Sciences at ETH Zurich in 1995. He has published numerous scientific articles in specialised journals and written books on orchids, endangered species and notorious scents of the planet and their links with biology, history and culture. 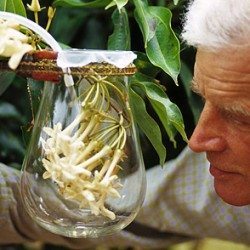 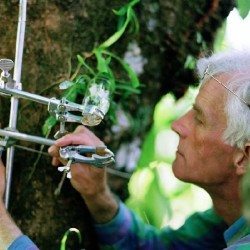