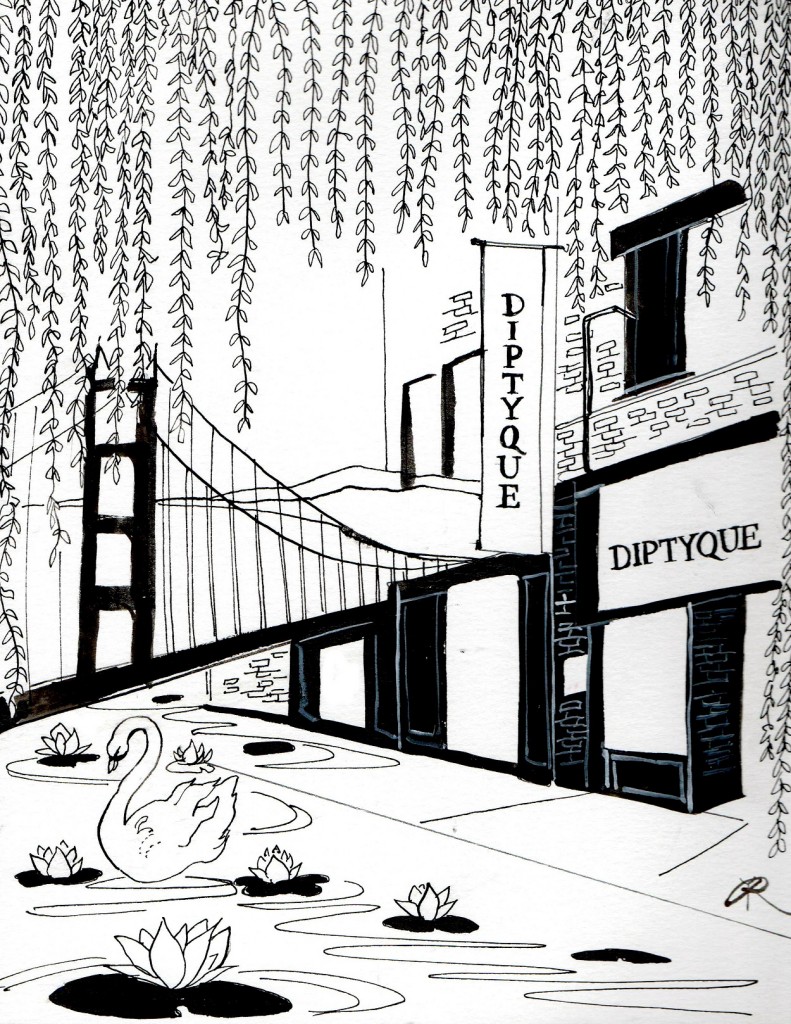 San Francisco’s aura sparkles in the global collective unconscious: this is a city of possibilities, a place where you can dream of other worlds, a city that has freed itself from the shackles of reality and experiments with different ways of doing things: customs, literature, the arts, civil rights, universities, virtual business initiatives and ecological issues…

Right from the beginning there was the dream: the fantasy of rivers of gold that drew floods of zealous prospectors to the bay area during the XIXth century, marking a surge in population in a village that had been sparsely populated since 1836. Until then it had been a fort protecting a religious mission. Unquestionably American in 1848, the city decided to honour Saint Francis of Assisi and subsequently replaced the original name of Yerba Buena, « meaning good grass », for the quality of the commonly found spearmint in the area – no offence to the hippies who would go on to turn San Francisco into their stomping ground in the next century.

The story of San Francisco links the city to freedom and tolerance, with its libertarian and licentious leanings. It’s a cultural hotbed of anti-academicism. The world today is seething with innovations and turmoil, the seeds of which have sprouted everywhere here. The Afro-American-Association was launched in Berkeley, the famous university in San Francisco bay. Not long after the « Free Breakfast for Children Programme » was launched in the city by the Black Panthers. The artistic and literary Beat-Generation movement found its editorial base here thanks to the City Lights bookstore. The city and its surroundings are the cradle for a mix of countercultures including hippies, psychedelic movements, flower-power and beatniks. Gay rights found its arena and its heroes here along with a cultural identity. In 1989, the City of Refuge’s ordinance flew in the face of the federal authorities and the city continues to harbour illegal immigrants to this day.

This experimental exploration of alternative ways of doing things also spread to politics, business and scientific research: San Francisco has been the most innovative city in the world for over thirty years when it comes to managing the environment, sustainable development and backing measures to mitigate climate change. Silicon Valley remains the global centre for high-tech and biotechnology, biomedicine and IT: Apple, Tesla Motors, Hewlett-Packard, Google, Intel, Facebook and Wikimedia Foundation have their headquarters here. It is also a showcase for VR developers.

And let’s not forget… San Francisco was where Joshua Abraham Norton, the self-styled Emperor of the United States and Protector of Mexico held court. This individual may well have been a penniless eccentric but the whole city, including the police, all played along! He could eat in any restaurant he wanted, had a box at the opera and used a currency issued in his name that no-one refused to accept. One of his edicts went as follows: «Whoever after due and proper warning shall be heard to utter the abominable word “Frisco,” which has no linguistic or other warrant, shall be deemed guilty of a High Misdemeanor, and shall pay into the Imperial Treasury as penalty the sum of twenty-five dollars.» He had a glorious send-off when he died, financed by institutions, movers and shakers in the city and his loyal subjects. Mark Twain and R. Louis Stevenson held him in high esteem. Almost 30,000 people honoured him in a funeral procession that stretched for three kilometres… The following day on the 11th January 1880, a total solar eclipse plunged San Francisco in darkness. Could any other city, animated by such a spirit for possible if not parallel worlds, have turned such a farce into a reality on every level and embraced an oddball who would no doubt have been chucked in jail anywhere else?

Paul Lorin Kantner, founder of the famous San Francisco band Jefferson Airplane (sadly deceased on the 28th January this year) hit the nail on the head when he said: « San Francisco is 49 square miles surrounded by reality ».

The diptyque store in San Francisco is relocating to 73, Geary Street (SF 94108)