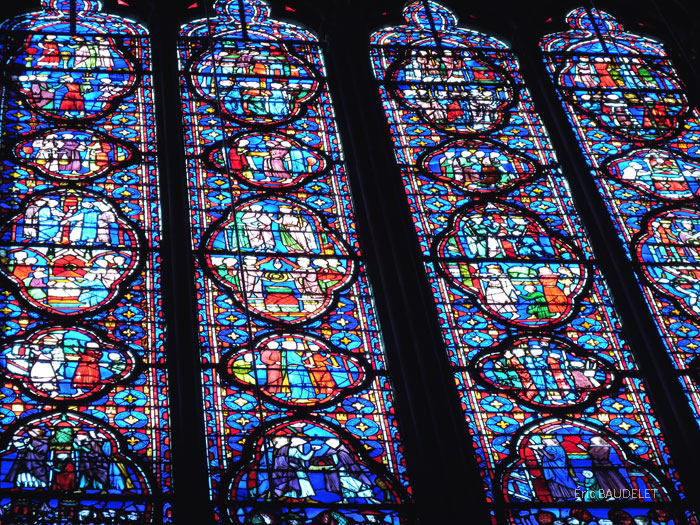 In the beginning, the three religions of the Book forbade images. Any representation of the Divine was sacrilegious. But, owing to theological subtleties, Pope Gregory the Great decreed in the 6th century that “the image is the writing of the illiterate.”

A mystical reality revealed to mankind, or one myth among many, or allegorical fables, or obscurantist tales, however one sees religions depending on each individual’s convictions and traditions, all established faith arises from an account of the origins. This account must be inculcated to the believers, and communicated to the non-believers, especially if this cult is ecumenical. But until recently, most people could not read. Teaching all people to read and write is recent, hardly more than a century for most.

In the thousand or so years of the medieval period, from the 5th to the 15th century, a Christian iconography grew up to celebrate the teachings. The images produced are not sacrilegious as they do not arise from any idolatry (from ancient Greek eidololatria, from eidolon, “image” and latreia, “adoration”). It was not a case of venerating a representation, but of reading the story it tells. The great medieval historian Georges Duby wrote: “Hugues de Saint-Denis [7-8th century] proclaimed that each visible image is a sign or “sacrament” of invisible things, those which the soul will discover when relieved of its mortal coil.” In other words, the divine is not in the image, but indicated by it.

The stained glass windows of the Gothic cathedrals (from the 12th century) are the most accomplished witnesses of how the Christian story was illuminated by images. Their meaning would be totally obscure without the theological teachings and sermons of the Middle Ages. Only their splendour remains. Among the most spectacularly beautiful – the windows of Chartres Cathedral and the Sainte-Chapelle in Paris – illuminate all those who silently enter in.

Iconology, the science of pictures, is a discipline grouping the university subjects of history, art history, aesthetic philosophy and communication, founded by Aby Moritz Warbug (1866-1929) made famous by the reputation of the scholar Erwin Panovsky (1892-1968). Applied to medieval and Gothic Christian imagery, iconology has highlighted the different levels of reading these images, and the significance of their positions (cardinal point in the building, height, etc.). There is of course the literal, or historic, reading of the facts depicted. Then an allegorical or typological reading, which often attempt to reconcile the Old Testament with the Scriptures. Finally the tropological and anagogic readings are superimposed, the first dealing with the moral aspect of the story, which will help the believer to take example, and the second and last considering the ultimate realities that will be visible only to the soul.

And perhaps these images hide a secret meaning for alchemists, where the numerous trades of the time, formed into corporations of the initiated, may have coded their spiritual knowledge for eternity through their earthly skills.

Edifying rebus, or comics without speech bubbles, maybe apart from papal bulls, the medieval Christian stained glass windows are an educational story written in the language of light. 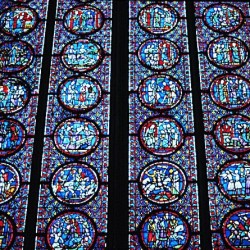 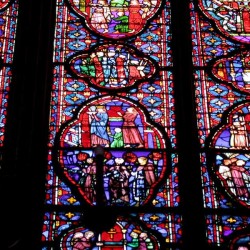 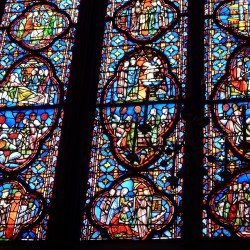 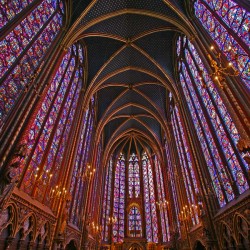