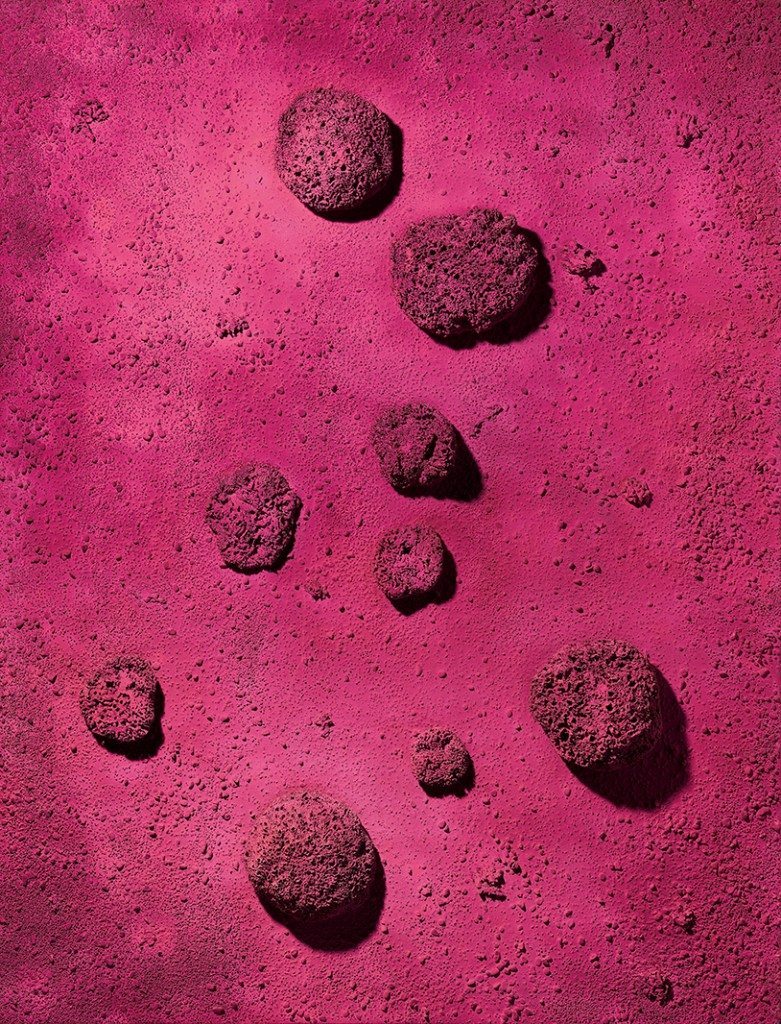 Le Rose du Bleu is the enigmatic title of one of the most emblematic works of Yves Klein. It highlights a blue which is the only thing many will remember this artist by, to the point that one sometimes hears of the “Klein blue” which is actually one part of a chromatic trilogy along with the rose and the gold, all equally important. Out of these three colors, the rose will be the last to appear (1960) only two years before the premature death of the artist – this was a turning point in his artistic pathway.

Spiritual, not to say mystical, Yves Klein considered these three colors as the elements of a Holy Trinity – gold for the Father, blue for the Son and rose for the Holy Spirit. Independent from each other, together they form an alchemical equation gathering the sun (gold), the water (blue) and blood (rose). Rose is also in the flame of a fire when closely looked at – blue, yellow and rose/red, depending on the intensity of the temperature. The rose closing these three chromatic pantheon stages, conveys displays of fire with which the artist works on from 1961 until his death.

When soaked in rose pigment, natural sponges (a raw living invertebrate originating from submarine depths) gives viewers a show of a surrealistic presence suggesting a ball of fire, or the outside of an invisible world. As blue and gold, the rose achieves Yves Klein’s ambition to render visible what is immaterial and to have the infinite vertigo looked at and felt. This rose is not a bright pink as scarlet or crimson. On the contrary, Klein’s rose is rather a mad red-tainted varnish – a carmine rose with a unique sensual touch, delicate and ethereal just like a caress. Rose is the color of love, flesh, heart and spirit reunited. Therefore and even more maybe than blue and gold, the rose personifies the two-fold dimension of Yves Klein’s work, on the one hand sensual, perceptible, and the other unconditionally immaterial and spiritual.